Wednesday is when you get your weekly dose of succulent flavor from Doug Beyer and your download of combo madness from certified mad scientist Noel deCordova. So what is this introduction doing in front of a Building on a Budget article?

Some of you might recall that when we relaunched the site last fall, Building on a Budget switched places with From the Lab (previously House of Cards). We thought theme weeks in particular would go more smoothly with the swap, but in practice it's put our two most versatile columns on the same day—not ideal.

Rather than stick to a change that didn't quite work out, we're switching them back. Building on a Budget will run on Wednesdays alongside Savor the Flavor, and From the Lab will run on Thursdays next to Top Decks. Tune in tomorrow to see what wackiness Noel has cooked up this week, and in the meantime, enjoy Jacob Van Lunen's take on a deck that I personally love.

ello, friends, and welcome to another edition of Building on a Budget. I'm happy the two weeks preceding last week's preview went so well. I feel I have a much better understanding of what my readers are looking for. This is the first part of a two-part column. Everything that is not covered here will be explained in next week's column. 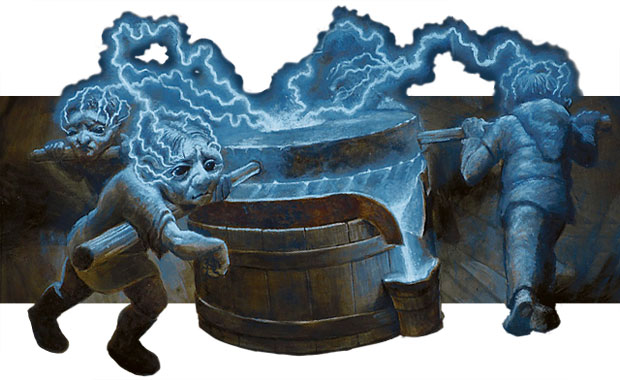 This week I'd like to explore a deck idea that was brought to my attention by Bill Stark. I have seen the deck floating around in the casual room for the past few months, and I'm not sure of its true origins. The deck controls the board with cards like Evacuation and Boomerang and finishes the opponent off with Sanity Grinding. The most exciting part of the archetype is how consistently it beats the Five-Color Control decks. I wanted to work on another Standard deck and the first thing I decided was that whatever deck I made, it had to have a positive matchup against the Five-Color decks.

Why do we need to beat Five-Color?

Standard is in a very interesting place right now. The format seems very healthy, but Five-Color Control decks still seem to dominate when given the opportunity. 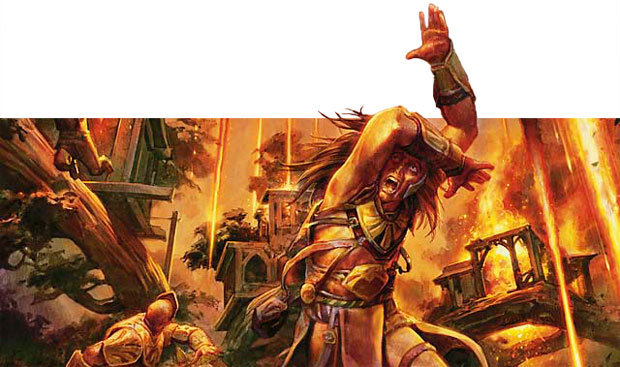 Faeries was the dominant deck in Standard prior to the release of Conflux. The Faeries player had strong matchups against almost every deck and had the luxury of beating the Five-Color Control decks with some regularity. Conflux gave the Five-Color decks a new anti-Faeries tool, though. Volcanic Fallout changed everything. Since Nassif's victory in Kyoto people have realized that the new Five-Color decks have a positive matchup against Faeries. The mass removal and card draw available to the Five-Color deck let it maintain its good matchups and jump over the one deck that was keeping it in check.

I got really excited when I saw Bill Stark's Turbo Mill deck because it had so many things that I love. I'm a sucker for any deck that plays Howling Mine. The first FNM I ever won, I had brewed up a Howling Mine / life gain deck that won with a few Millstone and a set of Mines.

I'll start by explaining each of the card choices.

Sanity Grinding: This is our win condition. The deck has enough blue cards that Sanity Grinding will likely be milling the opponent for a good portion of their deck.

Howling Mine: The mine is extremely important. Once we get to five mana it's very important to have a steady stream of Evacuations and other bounce. The mine also speeds up the milling process.

Boomerang: The tempo granted by Boomerang is an absolute necessity. Against control deck you usually want to be using Boomerang on lands during the early stages of the game. Against aggressive decks it's worthwhile to bounce cards like Windbrisk Heights, but once the game progresses beyond the fourth turn it's usually best to save a Boomerang to bounce Ajani Vengeant before he fires off his Ultimate.

Broken Ambitions: Broken Ambitions is a very reasonable counter in any deck. It's especially strong in this deck because the clash actually becomes relevant.

Twincast: Twincast is very important here. Usually you're using it with your Sanity Grinding to finish off the game, but a lot of times it can make things go very well for you in offbeat scenarios. Imagine if your opponent ever plays a Cryptic Command—this card becomes absolutely absurd. I think playing a full four of this is extremely important to the archetype.

Evacuation: Evacuation is one of our most valuable tools. Red-White Reveillark decks will have a very difficult time dealing with multiple Evacuations and this deck is very capable of pulling that off.

Plumeveil: Plumeveil is probably our best anti-aggro tool. It slows the game down to a crawl. Conveniently, it also has three blue mana symbols in its mana cost, it helps make our Sanity Grinding extra juicy.

Dream Fracture: Counterspells are always nice. This one fits our theme very well.

Memory Erosion: This Shards of Alara enchantment will help us mill our opponents as quickly as possible.

Shelldock Isle: I'm a huge fan of this card in Cube Draft, and I'm glad I'm finally getting a chance to play with it in a Constructed format.

Reliquary Tower: Our deck may end up with too many cards in hand once we start to settle into the late game. Reliquary Tower helps us gain card advantage by letting us hold on to the entirety of our hand.

Once we shove all that together the deck looks like this:

I want better anti-aggro measures in the sideboard, so I'm going to add a playset of Unsummon and some Remove Souls. I want to have some Negates in there too for the matchups where Plumeveil isn't relevant. In a lot of matchups you'll find yourself wanting to take out both the Evacuation and the Plumeveil. I'd recommend leaving in the Plumeveil because it mills more cards when revealed by your Sanity Grinding. The deck still struggles against red decks, and I'm not not sure whether Kraken's Eye or Dragon's Claw is better. The sideboard looks like this.

Lets play some games with the deck and see how it fares in actual battle. 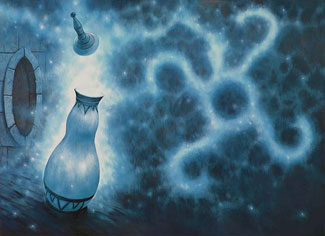 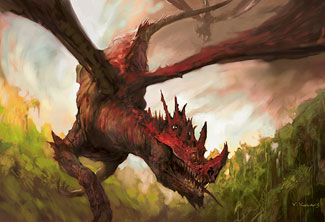 Match overview: The Five-Color matchup is very good. This is probably the biggest reason to be playing with this deck. 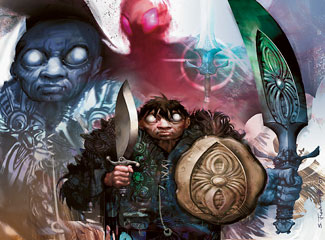 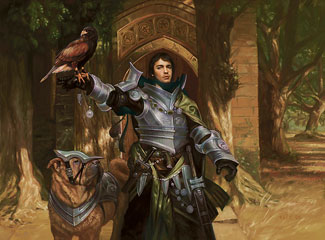 Match overview: Evacuation is key here. Try to preserve your life total as best as possible to survive a random Banefire. It doesn't seem too difficult to stabilize at a good number, especially on the play.

Before we play any more games with the deck I think we ought to look at all the cards we're playing now and decide which are gems and which don't feel quite right. I'd like to hear all of your suggestions in the forums.

Next week I will work my best to refine the decklist and help it reach its true potential. Also, there seems to be some demand for it, so I will add a section at the end where I explain how the deck might look if there were no budget restrictions at all.

I hope you enjoyed part one of Grindin'! A special thanks to Bill Stark and the Starkington Post. Until next week.