ast week I explored the options available for a Standard deck that abused the power of Master Transmuter. This week I'd like to talk about something a bit more mainstream. I spoke on the phone with Gerard Fabiano earlier this week and he told me that he had been winning a bunch of online eight-player tournaments with a deck he put together for fewer than 20 tickets. I wanted to see what all the fuss was about so I put the deck together online and was very impressed by the results.

Historically, Howling Mine has been a tool utilized by combo decks or decks that tried to force their opponent to play an entirely different game, like Turbo-Fog. These days, it seems like almost every Standard deck has roughly 20 cards that cost three or more to cast. Many competitive decks have an average converted mana cost over 3.5. This opens up a whole new slew of decks that can actively abuse Howling Mine. 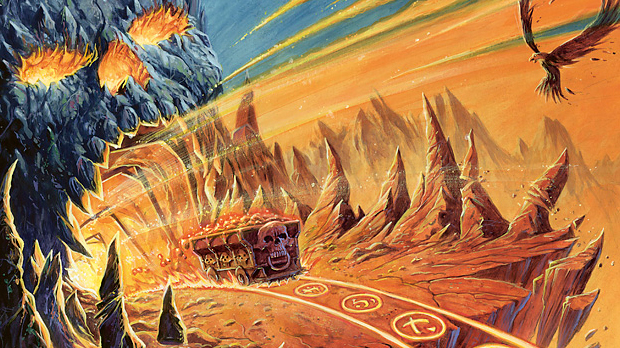 Gerard decided to go the red route and made a dedicated burn deck that used Howling Mine to ensure that he never ran out of gas. Yes, the Howling Mine gives his opponent more cards also, but maindeck Manabarbs make sure that an opponent who taps three or more mana per spell will have a lot of trouble keeping up with the constant stream of damage provided by Howling Mine and a lot of cheap burn spells.

Kor Firewalker is an obvious problem, but the Worldwake uncommon has slowly found its way out of sideboards. Baneslayer is surprisingly easy to deal with when you have a Howling Mine and it's especially difficult for your opponent to ramp into it when you're killing all of their mana creatures.

The cards that made it into the main are all pretty straightforward and obvious, but there are some missing pieces that may surprise you. Searing Blaze seemed like it would be an auto-include when I initially spoke with Gerard about the deck concept. Gerard, however, had played a good amount of matches with the deck already and explained that Searing Blaze had to be cut because it didn't do what he needed it to in specific match-ups. I didn't play any matches with the Searing Blaze, but I trust Gerard's judgment. I'd love to hear your results in an email or on the forums if you want to try a version of the deck with Searing Blaze.

Another card that may surprise you in the main is Spawning Breath. It may seem out of place, but it trades with Noble Hierarchs, Lotus Cobras, Birds of Paradise, Llanowar Elves, and any other one-toughness critter. Spawning Breath also helps us ramp into an early Manabarbs or an unexpectedly large Earthquake. It's also surprising how often a timely chump block gets you there.

Here's the list. It's simple and powerful. Best of all, it can be built for fewer than 30 tickets on Magic Online, and a savvy shopper can probably build the whole deck for fewer than 20 tickets.

People think that playing a burn deck is about as easy as Magic gets. It's this type of mentality that prevents a lot of red players from performing well with the fiery menace. It's important to remember that you're in no rush to use your burn spells. Yes, your end game plan is to throw burn spells at your opponent until their life total is 0, but the time bought by playing burn spells on their early mana accelerators or threats is often crucial enough to warrant aiming burn spells at their guys. Also, hold at least 5 points of burn in your hand at all times if your opponent is playing white. There is no reason to find yourself on the wrong end of a Baneslayer Angel with a deck like this. It's important to remember that finding the perfect moment to switch gears is probably the most important lesson one can take from the burn deck.

I played a few games with the deck to showcase its power. 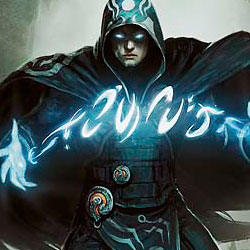 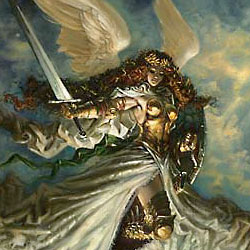 I still had enough burn to kill the Angel on my turn, but I knew I might just draw another burn spell off my Mine and have lethal. I drew a Mountain and a Goblin Bushwhacker, used up Lightning Bolt and Forked Bolt to kill the Baneslayer Angel, and passed the turn. My opponent tanked for a bit and cast a Sovereigns of Lost Alara, bringing him down to 2 life. I drew a Burst Lightning off the Mine and it was enough to put my opponent away. 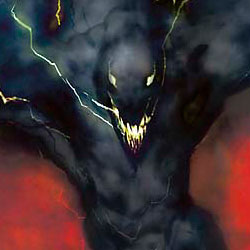 I lost the roll and kept Mountain, Mountain, Mountain, Mountain, Howling Mine, Forked Bolt, Earthquake. My opponent played a Mountain and a Goblin Guide and attacked me for 2. I revealed another Earthquake and things looked pretty grim. My deck is a red deck that is designed to have better game against the other decks in the field. A traditional red strategy will inevitably be more powerful and have a strong advantage in the mirror match. I drew the Earthquake, cast the Forked Bolt on the Goblin Guide. After playing my land I passed the turn. My opponent then cast a Hellspark Elemental and attacked me for 3.

Hellspark Elemental is a rarity in red decks these days, but it's making a comeback online as of late. A lot of online players have started casting Hellspark Elementals and Hell's Thunders again because of their strength against other red decks, Turboland, and Jund. This version of red seems fine-tuned to beat my deck. I draw a Goblin Bushwhacker, play my land, and pass the turn. My opponent plays a land and cast Hell's Thunder, I go down to 11. I draw a Manabarbs and am forced to pass the turn again. My opponent unearths his Hellspark Elemental and attacks me for another 3 before passing the turn. I draw a Spawning Breath and pass the turn. My opponent cast a Lightning Bolt targeting me during my end step. On his turn he cast another Hell's Thunder and I go to 1. I have no outs and I lose on the next turn to the burn spell he had waiting in his hand the entire time.

This match-up really worries me. Red decks are increasingly popular online. I don't think this deck can do well if the mirror is this terrible.

I found a friend to play some sideboarded games with me to see if the deck could compete.

I took out the Manabarbs and Howling Mines and I brought in the Spawning Breath, the Searing Blazes, and some Cunning Sparkmages. 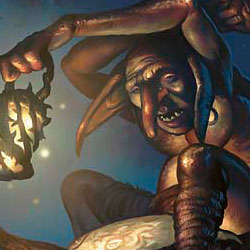 It's comforting to know that the match-up is winnable post-board, but I certainly don't think it's a good match-up. Their cards are much better at doing what you want a deck to do in a match-up like this.

Burn decks are always a nice change of pace for me. Sometimes I feel like I look too deep to find a nice rogue deck. Burn always has a habit of surprising me with how well it can do.

Remember! If you have any questions, comments, or sweet deck ideas; I'd be happy to hear them!