Kicking it in Standard

elcome to Multikicker Week here on magicthegathering.com! Multikicker is a new mechanic whose roots go all the way back to Invasion. Kicker was a mechanic that allowed us to spend some extra mana and get a bonus with our spell. Multikicker allows us to kick a spell any number of times and get an additional bonus for each time we pay the cost. New mechanics like this are great for a number of reasons. Kicker was a popular mechanic since its conception, and popular again on its return in Zendikar. Kicker is simple, elegant, and fun. Multikicker is simply an extension of its predecessor. The mechanic is very easy to understand because most players were already familiar with it.

There are a lot of exciting new cards that use the multikicker mechanic. Everflowing Chalice jumped out to me as one of the best Standard cards from Worldwake. Wolfbriar Elemental seems like it has the potential to be the next Broodmate Dragon. Marshal's Anthem is an incredible tool for any midrange or slow creature-based deck. Comet Storm and Strength of the Tajuru are huge spells that can end games very quickly, and the uncommon and common multikicker spells are well designed cards that deserve a few looks.

I want to build a few decks this week that capture the absurd potential of Multikicker. 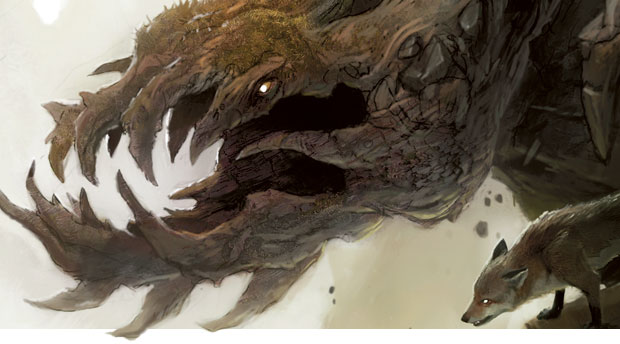 The first deck I would like to discuss is a mono-green deck. Green has all the tools it needs to make a lot of mana at a very early stage in the game. Khalni Heart Expedition, Rampant Growth, and Harrow all seem like great ways to make a lot of payments on the multikicker of Wolfbriar Elemental. I decided that I should build a deck that focused entirely on building its mana through the early stages of the game. I can afford to spend the valuable second and third turns developing my mana, because each threat in the deck requires a Day of Judgment all by itself.

This deck has some pretty absurd draws. I decided to play a few games against my friend.

My friends and I recently built a five-color creature deck. We were inspired by a player at the Worldwake Prerelease who let me borrow a similar deck to play against people who had brought Standard decks. I had a blast with the deck and rattled off ten straight match wins with it. This list is not budget, but I figured my reader base might be interested in a fun new Standard archetype. Here's what I played against:

4 Rafiq of the Many 4 Bloodbraid Elf 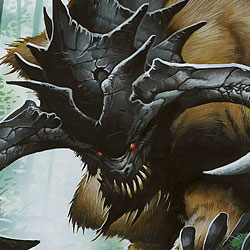 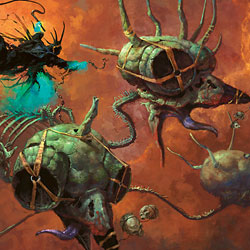 I mulliganned my opening hand because it had no mana acelleration besides an Explore. My new hand was shaky, but I don't think this deck can do very well with five cards. I kept Rampaging Baloths, Everflowing Chalice, 3 Forest, and Dread Sanctuary. My opponent cast Noble Hierarch off an Ancient Ziggurat and passed the turn. I drew an Explore, played a land, and passed the turn. My opponent played a Misty Rainforest, fetched up an Island, and cast Sedraxis Specter. I drew into Tectonic Edge, played my land, cast Explore, drew Avenger of Zendikar, played another land, and passed the turn. My opponent attacked for 4 in the air, and I discarded my Tectonic Edge. He cast a post-combat Rhox War Monk and played a Seaside Citadel. I drew an Oran-Rief Recluse, played my land, cast Everflowing Chalice kicked twice, and passed the turn. My opponent cast Rafiq of the Many and attacked for 10 in the air with Sedraxis Specter, and I was forced to discard two cards because of the double strike. I discarded my Rampaging Baloths and Avenger of Zendikar. I drew another Rampaging Baloths and cast Oran-Rief Recluse with kicker. My opponent showed me a Path to Exile for my blocker, and we were off to another game. 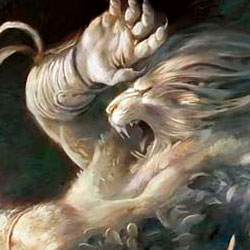 I drew a Forest, played it, and cast Rampaging Baloths, then sacrificed my Khalni Heart Expedition and made a pair of 4/4s. My opponent played a Forest and cast Bloodbraid Elf, cascading into Path to Exile to dispatch my Rampaging Baloths. He decided to hand back with his guys and passed the turn. I drew a Wolfbriar Elemental and cast it kicked five times. I attacked with both 4/4s and my opponent chose to block one with his Thoctar. I passed the turn and my opponent cast a Baneslayer Angel. I drew Oran-Rief Recluse and shot down the mythic rare Angel. I attacked with everyone and my opponent conceded.

I certainly got lucky in this first match. My friend was able to beat me in the next two matches. The games were close, but Baneslayer Angel is very hard for this deck to beat in the first game. Hopefully these matches helped explain just how absurd multikicker can be if you build a deck to abuse it. 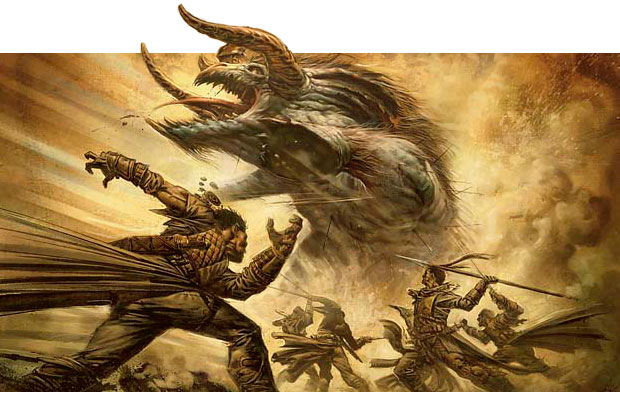 The next deck I would like to look at is a white-blue deck that abuses the power of multikicker. The first thing I thought about when I saw Everflowing Chalice was the amazing synergy it had with Martial Coup. I wanted to build a deck that abused this incredible synergy. Lightkeeper of Emeria also seems like a great way to stay in the game against aggressive decks. Here's the list.

4 Knight of the White Orchid 4 Lightkeeper of Emeria

I had my friend switch decks to keep things interesting. He decided to play with our Vampire deck, which is a pretty stock list. 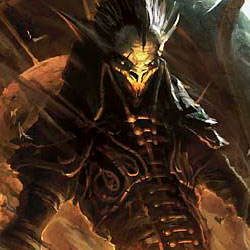 I drew a Martial Coup, cast Everflowing Chalice kicked twice, played Halimar Depths leaving Cancel and Mind Spring on top of a Plains, and passed the turn. My opponent drew a fourth land and played Vampire Nocturnus, his top card was a Mind Sludge and I got hit for 8, he went to 24 and I went to 9. I drew the Cancel, cast Martial Coup for five, and passed the turn. My opponent played another Vampire Nighthawk and passed the turn. I drew the Mind Spring, cast Treasure Hunt, flipped up three Plains, Halimar Depths, and a Journey to Nowhere. I played a land and cast Journey to Nowhere on Vampire Nighthawk. I attacked for 5 and passed.

My opponent drew a fifth land and cast Mind Sludge for five, and I discarded all my cards except the Mind Spring. I drew a Plains for my turn, played my land, cast Mind Spring for seven and refilled my hand before attacking for 5. My opponent drew a sixth land and played another Mind Sludge. Luckily for me, I had drawn into the second copy. I discarded the rest of my hand and took my turn. I drew Lightkeeper of Emeria, played Mind Spring for seven again, played a land, attacked for 5, and passed the turn. My opponent played a Vampire Nocturnus and passed. I had an Oblivion Ring in my hand so I decided to take away his only threat and attack for 5 again. I played a land and passed the turn with Cancel up. My opponent tried for a spell and I played Cancel. I drew for my turn and cast Lightkeeper of Emeria kicked seven times. I gained 14 life and was attacking for lethal the next turn, so my opponent conceded. 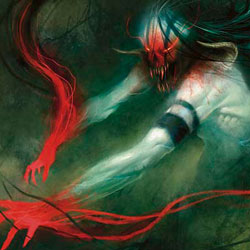 This is another exciting deck that abuses the power of multikicker. I hope you all enjoyed my exploration of Worldwake's exciting new keyword.

If you have not had the chance to read the Pro Tour–San Diego coverage I strongly urge all of you to do so. The Top 8 was filled with really exciting decks; There was a White Weenie deck built around Stoneforge Mystic and an Esper deck built around Open the Vaults. Luis Scott-Vargas, probably the best player in the game right now, was playing Cunning Sparkmage with Basilisk Collar! The coverage was really well done and I'm sure you would all enjoy it.