have been playing a lot of Standard recently. I was hoping that Jund would meet its demise at Pro Tour–San Diego. Unfortunately, Jund still rules the Standard metagame. Jund is the best deck because it is extremely hard to hate, it plays some of the most powerful spells in Standard, and it can afford to play a lot of land considering the power level of its spells. Many people, myself included, have made any number of decks that supposedly beat Jund. The truth of the matter, however, is that Jund has no "bad" matchups. Sure, there are decks that beat Jund more than 50% of the time, but there are certainly no decks that beat jund more than 65% of the time. I never truly understood this until recently.

I resisted playing with Jund for a few months. Sometimes I would beat the format-dominating menace, but usually I found myself losing. Two weeks ago I decided that I needed to have a better understanding of Jund. I put the deck together on Magic Online and started playing tournaments with it. I did very well. I found myself winning a higher percentage of matches than I had with any other Standard deck I had tested since Lorwyn block's rotation. It was frustrating in an odd sort of way. I was experimenting with the deck in an effort to better understand its weaknesses. This experiment, however, revealed the overwhelming strength of the archetype more than it did any weakness.

After playing over one hundred matches with the deck, I had started to get a feel for the mirror. Blightning seemed like it was the most important spell in the deck. Mirror matches are often won by the player that wins "the Blightning war." The Blightning war is not merely a contest where each player tries to draw more Blightnings than their opponent. (Though it certainly helps to do so.) Timing Blightnings is also crucial. A single Sprouting Thrinax can often hold back up to three of your opponent's threats in the mirror, and a choice to save Blightning for "value" often results in your opponent discarding mirror powerhouses like Broodmate Dragon or Siege-Gang Commander.

I remembered an article I had written a few months back, The Specter of Change. I was in the same place when I wrote that piece. I was frustrated with Jund's dominance and badly wanted to create a budget masterpiece that had a strong advantage.

I decided to take a lesson from my good friend Brad Nelson. Brad played an innovative deck at the Pro Tour in Hawaii last year. You see, a huge portion of the field for that event featured a full four copies of Blightning and Bloodbraid Elf. Brad attempted to win the Blightning war by playing Sedraxis Specter. When your opponent cast Blightning, you could simply discard Sedraxis Specter and "Re-Blightning" at the discounted cost of two mana.

With that information, I made a deck that did well against the Jund decks of the time.

I wanted the new version of the deck to play more land, fewer noncreature spells, and more powerful cards, like Broodmate Dragon.

I noticed that Creeping Tar Pit could be found for 1.5 tickets on Magic Online, and I started to get really excited about the new Specter of Change. Creeping Tar Pit is one of the most powerful lands ever printed. I imagined stalled boards clogged up by Sprouting Thrinax and Siege-Gang Commander. Creeping Tar Pit has no problem getting into the red zone regardless of the your opponent's blockers.

I fiddled with a bunch of new lists and ended up settling on this as the final concoction:

A good number of people in the forums have said that my Magic Online ticket trade rates seem low. These things change, especially when cards become more popular. I was generous with the ticket values I gave to each of these cards. A savvy trader should be able to find all these rares for less than 25 tickets.

That being said, this deck is not a "poor man's" answer to Jund. This deck is tier one quality. In fact, I believe that this deck is probably the best option for Friday Night Magic players who play in Jund-heavy areas.

I played a ton of matches with the deck and would like to share a few of them. I did not include a sideboard with the initial list, because the sideboard seems to evolve from match to match. I have experimented with cards like Cunning Sparkmage, Vithian Renegades, and Jund Sojourners, all of which seemed good. The only card I believe to be absolutely necessary in the sideboard is Deathmark. 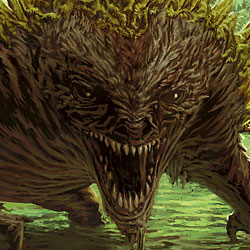 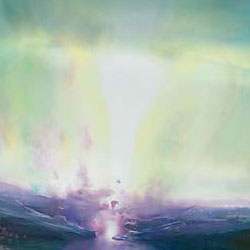 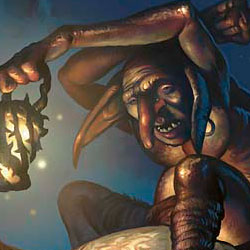 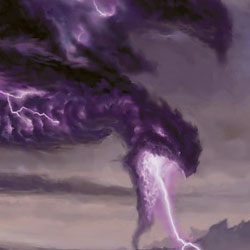 I will probably be playing with this deck for the next few months. This deck is probably the most powerful Building on a Budget deck for a given format since I began writing the column. I strongly recommend playing some games against this deck if you don't want to play with it. May your FNM be full of Jund decks!