ro Tour–Amsterdam is right around the corner. Unfortunately, I failed to win a Pro Tour Qualifier this time around. I just can't help myself, though. I've been spending a good amount of time brewing up new decks.

I have always enjoyed working on new decks in a new format in the midst of many other talented players with the same goal. For example, the next couple of weeks will be an amazing time to play Extended on Magic Online. The format is very ripe. Every pro in the world is looking for the latest and greatest strategy. This is a time where every little bit of innovation goes a long way. 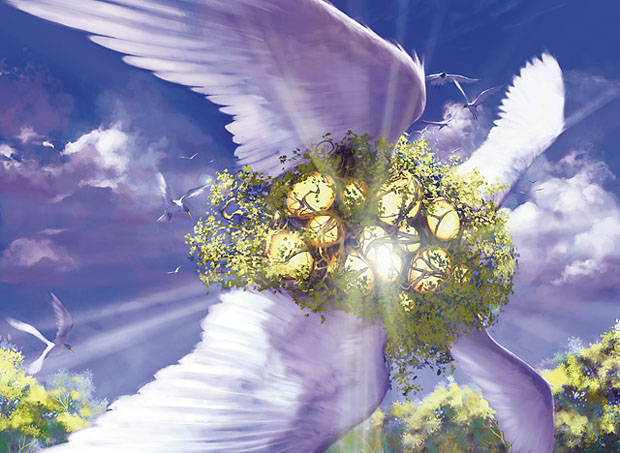 There's something about Reveillark that really gets me excited. The advantage gained when a Reveillark successfully enters the battlefield on your side of the table is back breaking in virtually every match. A four-power flyer is a respectable threat. It gains an exceptional amount of value when killing it results in one of the most busted "leaves the battlefield" triggers of all time. (Not quite Illusions of Grandeur, but draining 20 is usually the best effect when it's on a list.)

I'd like to show off a number of Reveillark variants I've been working on over the next couple of weeks and explain the value of each incarnation.

First off is Larkfolk. Five-color Merfolk decks emerged late in the Lorwyn Block Constructed season and proved themselves to be one of the most powerful archetypes available. Merrow Reejerey makes your deck into an offensive powerhouse. Silvergill Adept is the poster boy for efficiency. The deck has insane nuts draws and has the longevity to beat most strategies in a long game.

Stonybrook Banneret allows you to "combo" out your hand in many games. Anyone familiar with the Lorwyn block or 2008 Standard Merfolk decks remembers this type of opening.

These are the games when the deck is completely degenerate. I like playing a mid-range aggro deck that has the capability to kill with combo-like efficiency.

Silvergill Adept is an automatic four-of here. He's a two-power creature that gets pumped by all twelve lords. He replaces himself, so you don't have to be afraid to cast him. He makes the deck less vulnerable to Day of Judgment effects while not slowing down the clock.

The twelve lords are insane. Lord of Atlantis makes your team unblockable against a huge portion of decks. "Oh, you chose to play with blue spells? How convenient." Merrow Reejerey lets you combo out in the early game and in the later stages of the game it makes race situations very difficult for your opponent. An opponent can't profitably leave back a blocker when you have a Reejerey on the battlefield; you simply cast a Merfolk and tap down the blocker in question. Coralhelm Commander is the latest addition to this star-studded cast. The commander is a formidable threat all by itself, but its true power is unlocked when it's played in a deck with a high Merfolk count.

Mulldrifter and Glen Elendra Archmage are simply too good with the Reveillark for me not to play with them. Archmage can lock up games entirely by itself. Its cost is reduced by our Banneret, so we can play it on turn three with a blue open and not have much of an issue. 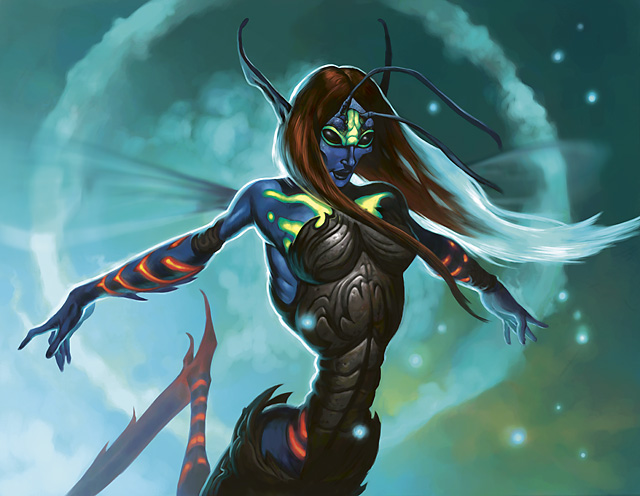 If you're lucky enough to still own some Mutavaults then I strongly suggest adding them to this list. Here's the final budget version of the deck.


The deck is very easy to piece together on Magic Online. All the commons and uncommons can be easily acquired, and Coralhelm Commander, Lord of Atlantis, Wake Thrasher, Glen Elendra Archmage, and Wanderwine Hub can all be picked up with little effort. Even Reveillark is an easy trade.

I played a bunch of games with the deck and I'd like to share a few of them here.

I drew a Reveillark, attacked with my Wake Thrasher and Stonybrook Banneret, cast Glen Elendra Archmage with one blue open, and passed the turn. My opponent cast a Baneslayer Angel and passed the turn. I added a blue on his end step. On my turn I untapped four lands and two creatures to make my Wake Thrasher a 7/7. I drew Merrow Reejerey, cast it for two, cast Lord of Atlantis, tapping the Baneslayer Angel, and attacked for lethal with my team.

This game demonstrates how strong islandwalk can be. I still had a fully charged Glen Elendra Archmage and a Reveillark in my hand in case things went south. These types of decks should be easy match-ups.

It's entertaining to see how much the five-color variant struggles to beat a single resolved copy of Glen Elendra Archmage.

The deck seems to perform very well against decks that don't have the Punishing Fire / Grove of the Burnwillows combo. I imagine those cards could pose a problem when our plan is attacking with our folk, but I can also think of many different ways to interact with those types of decks after sideboarding. Spreading Seas may seem a bit slow for Extended, but Extended doesn't have the speed that it used to. It happens to be exceptional against the Jund variants and it can easily turn off an opponent's Grove of the Burnwillows. Also, we have islandwalkers, and they will have Islands. Seems pretty tight. War Priest of Thune seems like another great sideboard option. Lastly, I would like to recommend you play a full play set of Relic of Progenitus in your deck after sideboarding. The Living End deck seems to be gaining some popularity as of late and their strategy is quite strong against decks like this.

I wish the best of luck to all of my readers that are currently testing for Pro Tour–Amsterdam. I look forward to hearing about your latest Reveillark based creations.