ast week I asked readers if they had experimented at all with Mimic Vat, a powerful new rare from Scars of Mirrodin. My inbox was flooded over the past week. I managed to read all the emails that had been sent over and was exceptionally impressed with the deck-building skills of my reader base. 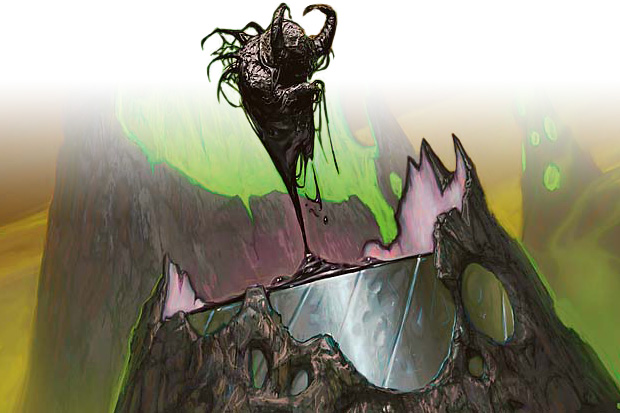 One of your ideas was exceptionally exciting to me. Tyler McClendon suggested adding Mimic Vat to the Naya Allies deck that had success in some Grand Prix events last spring. I immediately went to work and ended up with this deck list.


There were a few problems with the deck right away. I quickly realized that I was splashing green for Oran-Rief Survivalist. I didn't think that seemed like a very profitable approach. Also, the rare lands made the deck difficult to acquire for players that may not have access to a large player pool to trade with. The new dual land cycle in Scars of Mirrodin is relatively easy trade right now, but finding eight rare lands from a new set may be difficult for a large portion of my readers. I decided to break the deck down into pieces to see how it could progress into a powerful new archetype.

It's clear that the white cards available are very powerful. Hada Freeblade, Kazandu Blademaster, Kabira Evangel, and Talus Paladin are probably the second through fifth best cards in the deck behind the Mimic Vat. White is absolutely necessary.

Red, however, seemed replaceable. Akoum Battlesinger is very powerful, but I'm not sure if it's still as good in a world without Bloodbraid Elf and Ranger of Eos to pick up a bunch of Hada Freeblades. Lightning Bolt and Flame Slash both seem like they would be better off as cards that actually dealt with Primeval Titan, the most prevalent threat in the current Standard format.

I took a look at what blue had to offer, but I was unimpressed with cards like Sea Gate Loremaster that seemed to slow and cards like Jwari Shapeshifter and Umara Raptor that don't give us optimal consistency. Blue also left us wanting ways to deal with Primeval Titan.

Black, on the other hand, seemed very strong. Bala Ged Thief seems like an incredible tool for disrupting White-Blue Control, Eldrazi Green, and Valakut, the Molten Pinnacle. Bojuka Brigand is essentially the same as Oran-Rief Survivalist. (How often is our Ally deck going to be in the business of blocking?) Black also gives us powerful tools like Doom Blade that have a lot of synergy with Mimic Vat and helps us deal with Primeval Titan. 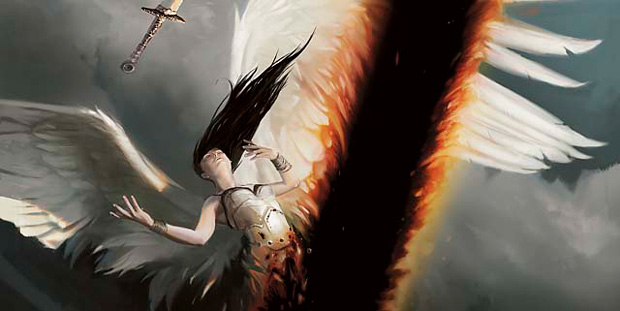 I've worked on White-Black Allies before and I was surprised that I hadn't thought to work on a deck like this upon first sight of Mimic Vat. Mimic Vat gives this deck an excellent way to come back from a board sweeper. Also, how will your opponent ever win when you put a Bala Ged Thief on your Mimic Vat and just continue activating it during your opponent's draw step? It reminds me of Firemane Angel with Zur's Weirding, only it's much better.


This was a Block deck that was quite dominant on Magic Online until Brad Nelson and Michael Jacob decided to break the format before the Magic Online Championship Series that month. A two set Block format is a lot different than Standard, but I like to look at similar decks that have done well to get an idea of what our deck should look like.

There are a few cards that seem out of place in a format like Standard. Hagra Diabolist may be very good, but clogging the deck with five-drops seems like a dangerous play. Ondu Cleric is another card that seems like it may not be the best choice for a format like this. I need to fit Mimic Vat and Doom Blade in here, I feel that those two cards alone are enough to bring this deck to a competitive level. 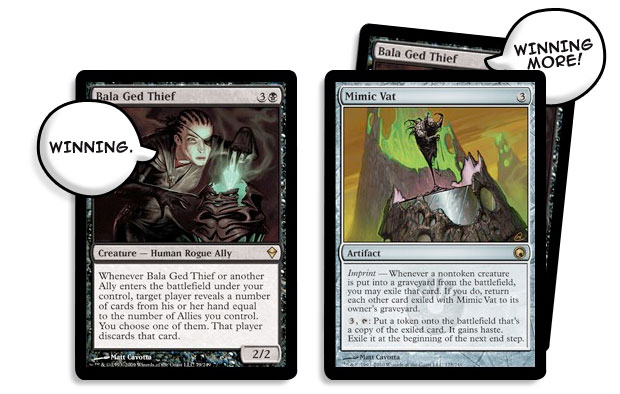 A lot of you may ask how I'm supposed to imprint the Bala Ged Thief after I play it. It's really quite simple. If my opponent doesn't kill Bala Ged Thief, they will almost assuredly lose the game. If they do kill it and let me imprint it on the Mimic Vat, then they have no chance at all. It's a win/win situation.

Here's how the deck looked when I entered my first Magic Online event with it.


The deck may include a lot of rares, but most of them are very easy to acquire through trading. If you can't find any Marsh Flats they can be replaced with Evolving Wilds, a common from Worldwake.

I entered a two-man tournament on Magic Online and was paired against a Valakut, the Molten Pinnacle deck. I was happy that I would get to play against the most popular deck in current Standard. 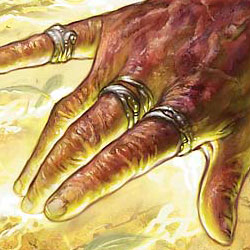 Tectonic Edge is good for obvious reasons here, so I want to bring those in, but I also want to bring in Duress and Memoricide. Doom Blade isn't very good because my opponent doesn't have any targets that haven't already put him or her into a very good position to win. Join the Ranks isn't very impressive because my opponent doesn't present a board presence that makes it into a worthwhile trick. I decided to sideboard like this:

Going up to twenty-seven land may seem risky, but we have to think of the Tectonic Edges as spells more than lands. 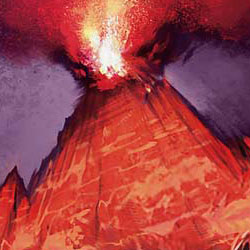 I drew a Tectonic Edge, played it, cast Bala Ged Thief, took his or her last land, and passed the turn. My opponent drew a Harrow, cast it, and dealt 3 damage to me and 3 damage to my Bala Ged Thief, which I imprinted on the Vat. He or she then attacked with the Raging Ravine. I drew another Mimic Vat, played another Tectonic Edge, activated a Tectonic Edge to destroy the bigger of the two Ravines, and passed the turn. I used Mimic Vat during my opponent's draw step and made him or her discard the just drawn Inferno Titan. He or she activated the one Raging Ravine and attack. I blocked with the Thief. On my turn I drew a Hada Freeblade, cast it, and played my land. I activated my second Tectonic Edge to kill his or her Valakut, the Molten Pinnacle, and passed the turn. During my opponent's draw step I made a Bala Ged Thief, took the land he or she was going to play, and made my Hada Freeblade bigger. My opponent then attacked with the Ravine and I blocked it with the Thief. This pattern continued, eventually I had enough +1/+1 counters on my Allies to attack for lethal.

I especially enjoyed this last game because I was able to win without an aggressive draw. It's important to understand the capabilities of your deck and learn to play with it accordingly. If your deck isn't giving you an aggressive game plan, you can make it work by being the control. Often times, your opponent will be playing a defensive game and let themselves lose a card advantage war.

I played some more matches with the deck, but due to time constraints pertaining to the recent introduction of Scars of Mirrodin to Magic Online, I wasn't able to do more match reports. Since this match I've made some changes to the list. The original deck had a lot of trouble with red decks, but I was able to solve this with the new sideboard. Here's the list as it looks now:


I took Join the Ranks out of the main because there didn't seem to be a lot of decks that wanted to interact during stalls on the battlefield. If we start seeing a lot of tribal or metalcraft decks then the main deck may want to revert back to its initial incarnation.

I added an extra Memoricide to the sideboard because naming Primeval Titan is so powerful against such a large portion of the decks in current Standard.

The combination of Ondu Cleric and Kor Firewalker is backbreaking for the red deck. They have a lot of trouble trying to fight you when you have access to things like Talus Paladin to back the other two up. Ondu Cleric on Mimic Vat is especially fun against red decks. I'm not sure if the four-two split should be the other way, but I don't love the double white casting cost of Kor Firewalker.

I'll continue working on this deck and I'll be sure to keep you updated on newer versions as I make them. I would love to hear all your ideas about the new Standard in an email or on the forums.