Posted in Building on a Budget on December 7, 2011 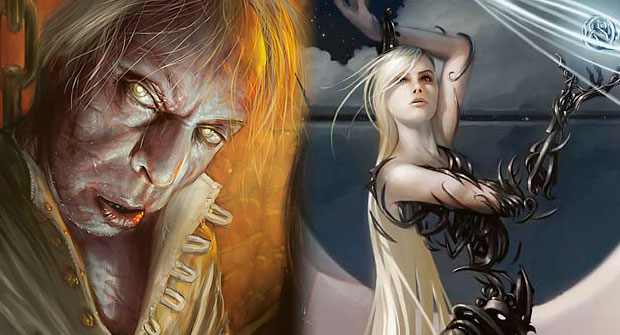 My first Heartless Summoning deck in Modern was blue and black, splashing white for Sharuum the Hegemon, Sphinx of the Steel Wind, and Grand Arbiter Augustin IV in the sideboard. (Grand Arbiter Augustin IV and Lodestone Golem make things very hard for combo opponents, especially when you have four of each.) However, the mana was rough for the three-color deck, I even used fetch lands and Ravnica dual lands to test the deck's maximum power level, and I was disappointed with how painful the mana base became.

I wanted to keep at least one copy of Platinum Angel, though. There are a lot of games where you're able to suit a Platinum Angel up with Lightning Greaves, just about an auto-win in many Game 1s.

I would like to thank Magic Online user Danger (who says his real name is Jace) for playing a bunch of matches with me in the tournament practice room on MTGO while I refined my list.

After many games, I settled on the following list:

Heartless Summoning works really hard here. All of the creatures have a ton of value and making them all cost

less is a huge deal. Don't cast a second Heartless Summoning unless it's absolutely crucial to stick a Platinum Angel when you already have Lightning Greaves on the table. One Heartless Summoning is enough of an advantage mana wise, and losing Master Transmuter, Etherium Sculptor, and Treasure Mage is enough of a disadvantage that we don't want a second copy on the battlefield.

Lightning Greaves are ridiculous here. Currently, I have three in the list, but I wouldn't be opposed to cutting a Lodestone Golem for the fourth one. Lightning Greaves works especially well with Master Transmuter, often leading to turn-four Sundering Titan or Platinum Angel with Lightning Greaves equipped. It's also nice to haste up your Wurmcoil Engines and make them untargetable. In fact, it's nice to equip Lightning Greaves to just about anything. It makes your clock deceptively fast and, in conjunction with the Wurmcoils, it makes it really hard for your opponent to set up a plan to burn you out.

Master Transmuter is up to her old tricks. Sphinx Summoner is her best friend. It's worth noting that Master Transmuter's ability returns the artifact to your hand as part of the cost. This means that your opponent can't respond to the ability by killing the artifact you're bouncing. Master Transmuter does a lot of work throughout the game. Once you've established a livable board situation you should find your Sundering Titan and use Master Transmuter to systematically destroy all of your opponent's lands. Once they have no lands you can further establish board presence and ensure victory with some Wurmcoil Engines. 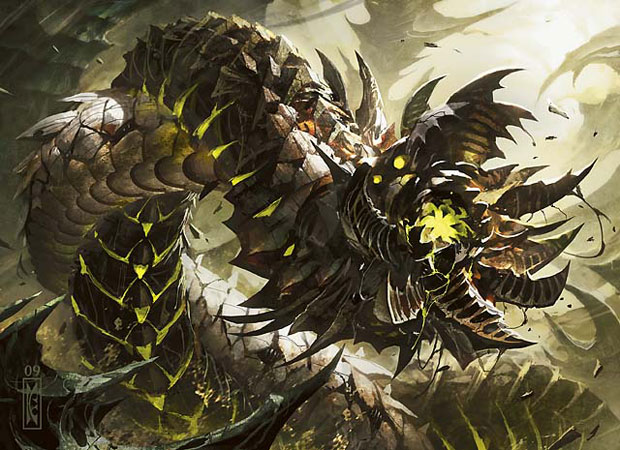 Wurmcoil Engine is the most important fatty for the archetype. These can be difficult to acquire, but the rest of the cards should all be very easy to pick up. Wurmcoil Engine was the Prerelease promo for Scars of Mirrodin, so if you're having trouble finding the last copy or two you can probably borrow them from your friends who attended that Prerelease. 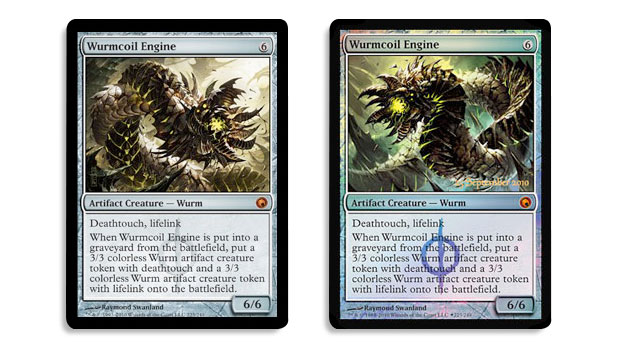 The interactions that occur in this deck can become very complex. I've lost at least two matches online because of the clock. Make sure you take your time and play a bunch of practice games with the deck before you start entering Constructed queues.

Speaking of Constructed queues, I've played a ton, and I'd like to share a few of my matches with you. 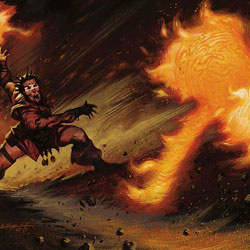 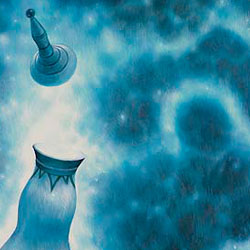 The Gifts matchup seems very good. I've played against it three times now in the two-player queues and the only game I lost was due to a few brutal misclicks on my part. (Not equipping Master Transmuter with Lightning Greaves is bad.) 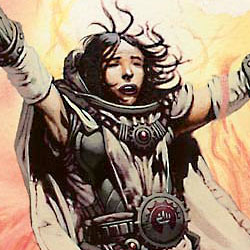 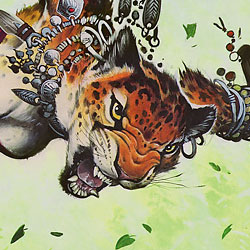 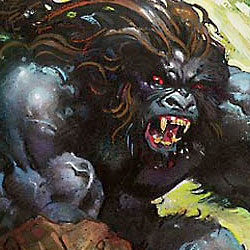 I went down to six cards again and kept Swamp, Buried Ruin, Dimir Signet, Heartless Summoning, Sphinx Summoner, Sundering Titan, and Lightning Greaves. I played my Buried Ruin and passed the turn. My opponent cast a Loam Lion off a Sacred Foundry and passed the turn. I drew a Treasure Mage, cast Heartless Summoning, and passed the turn. My opponent found a Breeding Pool and attacked me for 2 before casting a Kird Ape and a Wild Nacatl. I drew an Island, played it, cast Treasure Mage searching for Wurmcoil Engine and cast Lightning Greaves. My opponent attacked with everything, and I chump-blocked the Wild Nacatl. I drew another Island, played it, cast Wurmcoil Engine, and suited it up with the Lightning Greaves, but my opponent cast Ancient Grudge on the Wurmcoil in response. My opponent untapped and used Ancient Grudge's flashback to destroy the unequipped Wurm token and attacked with the team. I blocked one of the 2/3s, and it was my turn again. I drew Master Transmuter, cast Dimir Signet, cast Master Transmuter, equipped it, and used its ability to return Dimir Signet to my hand and flash in my Sundering Titan, destroying both of my opponent's lands. My opponent drew a Stomping Grounds and attacked with everything again. I blocked the Nacatl and the Loam Lion and took 2. I drew a River of Tears, played it, used Sphinx Summoner with Master Transmuter to find another Wurmcoil Engine, dropped a hasty Wurmcoil onto the battlefield while destroying my opponent's only land with Sundering Titan's leaves-the-battlefield trigger, and attacked for 5 lifelinking damage. My opponent conceded.

This deck is competitive. I won over 50% of the Constructed two-player queues I entered. The deck handily crushes the Gifts Ungiven decks. Be sure to shoot me an email or hit the forums with your latest deck ideas. I hope this deck was enough to get you excited for Modern season.

Posted in Building on a Budget on December 7, 2011