Posted in Building on a Budget on September 9, 2009

few weeks ago I worked on a deck that used the cheaper cascade spells in conjunction with Restore Balance. You can read about it here. The deck became wildly popular within a very short window of time. I've let the idea stew in my head for a few weeks, and I'm extremely excited about sharing the new additions I've made to the deck. Here's the list I settled on at the end of my last column: 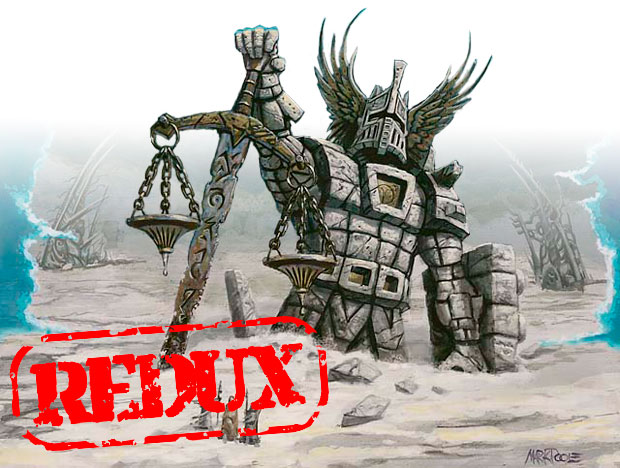 I really enjoyed playing with this list and I'm pretty sure it does very well against the field. There were a few issues I had with the deck that I feel can be rectified with a bit of tweaking.

My first inclination was that Rift Bolt would certainly work as the best spot removal for a deck like this. Its converted mana cost of three means it doesn't interfere with our combo, and its efficiency as a "one-mana" removal spell makes it quite good.

I was not sure what to cut, so I decided to try shaving off the Phyrexian Totems. Unfortunately, the deck was a bit too light on win conditions when I cut all four Totems so I had to get creative with the new list. I played a bunch of games and after a bit of fiddling I ended up playing this list:

I ended up switching back to the original list after a bit and moving the Rift Bolts to the sideboard. I found that the best ways to beat this deck were aggressive strategies that played Ancient Grudge and Rock players that slow-rolled a pair of lands and played efficient threats off two mana. It's tought to beat a player that never plays more than two lands and has powerful threats like Tarmogoyf and Bitterblossom coupled with powerful disruption, a la Thoughtseize, and things like Umezawa's Jitte that can't be dealt with by simply casting a Restore Balance. I had a few cards I wanted to fiddle with. I can't honestly say I gave each of them extensive testing so I'll give you a list of cards that deserve more testing in the archetype: 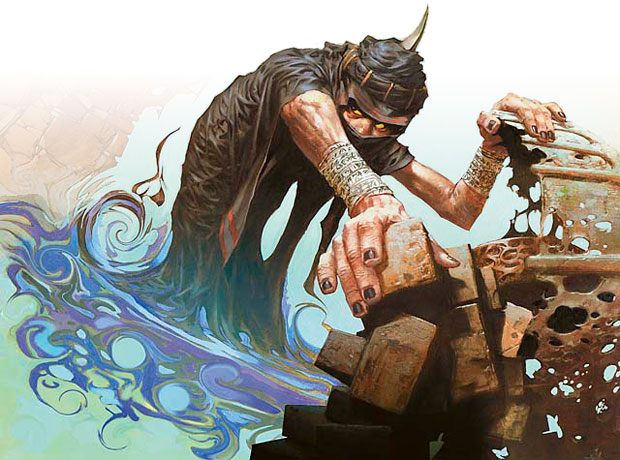 Trespasser il-Vec seems like the most exciting thing in here. I like the idea of blocking with it and discarding enough cards to set up a haymaker Restore Balance that drains the opponent's hand, lands, and creatures. I didn't test the Trespasser enough to find room in the main, but I'm sure it deserves space in the board. I like this card a lot in control matchups where it lets you apply awkward pressure on the opponent and force them to tap some mana. A careful Restore Balance player can set up a forced tap-out with Trespasser and Violent Outburst. Once you have this set up then you're free to cast a game ending cascader.

The most exciting card I've came across recently is Ensnaring Bridge. This is a card I want in the main. After sideboarding, it suffers the drawback of being an artifact in a deck that already has a huge problem with Ancient Grudge. Pretty much every deck will have access to Ancient Grudge post-rotation and I advise siding out your Bridges almost 100% of the time. Those of you who followed PAX last weekend know that fetchlands are back, this time in enemy color pairs, and any mana issues you thought the new generation of Extended decks might suffer are looking to be nonexistent.

The light number of win conditions isn't a problem anymore now that we have have the Ensnaring Bridge to hide behind. Bridge is one of those cards that rarely sees competitive play, but usually makes a big splash when it does. At Pro Tour–Berlin last year, a rogue deck builder, Kenny Öberg, completely dominated every Game 1 by playing an aggressive one-for-one game with his opponent and emptying out his hand. Öberg would give his opponent an opportunity to tap out for a reasonable threat and just windmill a Tezzeret the Seeker that would search for an Ensnaring Bridge while he had no cards in his hand. I didn't bother testing Tezzeret because of budget restrictions, but I think those of you who have access to Tezzeret should probably give him a try.

Ancient Grudge is one of those cards that I expected to be a lot worse for us than it actually is. It's quite bad, but it isn't a nail in the coffin. I've even won a game through Kataki, War's Wage. If an opponent draws more than one Ancient Grudge and has any sort of reasonable pressure, then one can almost guarantee a loss. If your opponent draws a single copy of Ancient Grudge, things don't look quite so bad. You can still Restore Balance them out of the game on your fifth turn, and it's generally pretty hard to hard to kill someone by the fourth or fifth turn when you're spending mana to Ancient Grudge your opponent's mana sources.

I decided to play full matches with the deck to see how it faired against some decks we can expect to see in the new Extended season. I used the following sideboard: 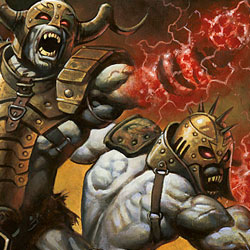 I win the roll and keep Island, Wildfield Borderpost, Veinfire Borderpost, Darksteel Ingot, Demonic Dread, Ensnaring Bridge, and Restore Balance. I cast Veinfire Borderpost and pass the turn, and my opponent casts a Kird Ape and passes the turn. I draw another Borderpost, cast it, and pass the turn. My opponent attacks for 2 and casts a Keldon Marauders. I draw March of the Machines, cast Darksteel Ingot, and pass the turn. My opponent attacks me for 5, casts a Woolly Thoctar, and passes the turn. I draw a Borderpost, cast it, and use my remaining three mana sources to make sure Woolly Thoctar can't block this turn. Demonic Dread cascades into Restore Balance, and my opponent sacrifices all his lands and creatures. No more lands enter the battlefield on his side of the table for the remainder of the game. I drop March of the Machines and close out the game in a very short window of time. 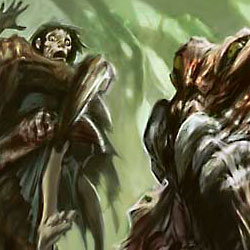 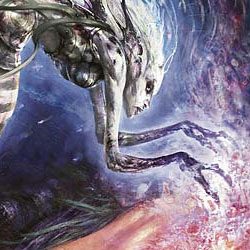 I lose the roll and keep two Fieldmist Borderpost, Plains, Forest, Ardent Plea, Demonic Dread, and March of the Machines. My opponent plays a Thoughtseize on turn one and bins my Ardent Plea. I draw an Island, cast a Borderpost, and pass the turn. My opponent plays a Tarmogoyf and passes the turn. I draw Violent Outburst, cast another Borderpost, and pass the turn. My opponent casts Duress and takes my Violent Outburst. He attacks for 4 (with a fetchland in the graveyard as well) and passes. I draw a third Fieldmist Borderpost, cast it, and pass the turn, I'm hoping to steal this game by simply casting March of the Machines. Unfortunately, my opponent has Maelstrom Pulse, and things get extra ugly as he essentially Wildfires my side of the board before attacking for a lot of damage. I lose this game in short order. 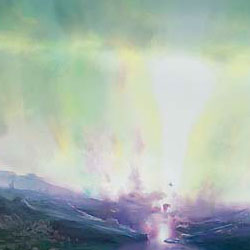 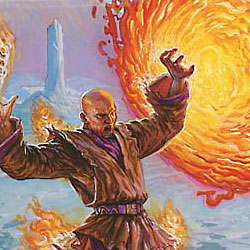 I lose the roll and keep Fieldmist Borderpost, Mistvein Borderpost, Firewild Borderpost, Island, two Darksteel Ingots, and Demonic Dread. My opponent leads off with a Lava Spike, and I'm at 17. I draw and cast a Borderpost. My opponent has a Hellspark Elemental for turn two, and I'm at 14. I draw and cast another Borderpost before passing again. My opponent unearths Hellspark Elemental and plays a Great Furnace before passing. I'm at 11. I play my Darksteel Ingot and pass. My opponent casts a Lightning Bolt on my end of turn step, bringing me to 8. On his turn he plays a fourth land along with an Incinerate and Shrapnel Blast to take the game. 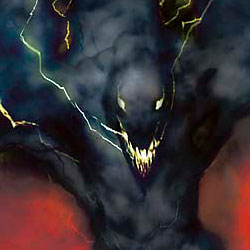 The record may not be as good as it was the first time I tried the deck out, but that's Magic. I really like the Ensnaring Bridge in the main; I feel it gives the deck a reasonable long-term plan when things aren't working out. I want to try Simian Spirit Guide in the sideboard to combat the mana-inhibiting artifact destruction that will likely be played against us. If I were to play the deck tomorrow, I would play the following list:

4 March of the Machines 4 Thirst for Knowledge

4 March of the Machines
59 Cards

I know a lot of you are very interested in making this deck Legacy or even Vintage viable. I've got a couple of lists in the works and will include them as bonus decks in upcoming columns.

Posted in Building on a Budget on September 9, 2009