elcome to Undying Week here on DailyMTG.com. Undying is perhaps the best keyword ability to ever appear on a creature in the history of Magic. Most removal spells become laughable when they simply make a creature bigger.

It might take some time, but I confidently expect cards like Strangleroot Geist to be Constructed staples for years to come. Mikaeus, the Unhallowed just made an appearance in the finals of Grand Prix Lincoln, a Modern tournament. Modern has the largest card pool of any non-eternal format, and it's clear that undying is a pretty powerful effect when a deck packing Mikaeus, the Unhallowed is good enough for a format with that kind of power level. 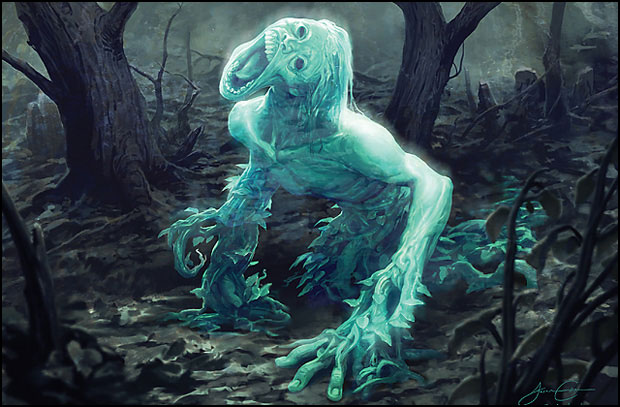 I'm sure we haven't seen the end of undying at the highest levels of competitive play. Next week, we'll see how undying affects the post-Pro Tour Standard format at Grand Prix Baltimore. Be sure to tune into DailyMTG.com for full coverage of that exciting event.

I've spoken at length about Strangleroot Geist in past columns, but there are a lot of other really impressive creatures with undying. Geralf's Messenger was pretty difficult to acquire when Dark Ascension was first released, but the popularity of red-green decks and White-Blue Delver decks has made Geralf's Messenger much easier to get.

Zombies exemplify the flavor of undying, even if most of them don't take advantage of the mechanic. A lot of readers have asked me to build a Zombie deck, and after a bit of research, I found what I believe to be the optimal Zombie deck for Standard. The deck plays a good amount of rares, but none of them should be too hard to find.

Gravecrawler is one of the best one-mana creatures I've seen in some time. Creatures with 2 power for one mana are always a welcome addition to an aggro deck. Gravecrawler brings a lot more to the table, though. Gravecrawler gives you a tremendous amount of inevitability against control strategies. The ability to continually apply pressure also makes it difficult for other aggressive decks to race you.

Diregraf Ghoul is a great aggressive turn-one play. Historically, 2/2s for one mana are excellent in any aggressive strategy, and Diregraf Ghoul has the added bonus of being a Zombie. We're going to want plenty of Zombies if we're playing Gravecrawler.

Geralf's Messenger is absurdly powerful; think of it as the aggressive version of Kitchen Finks, one of the most played creatures ever. Geralf's Messenger has a prohibitive mana cost, but we're playing mono-black, so the drawback won't affect us at all.

We're already playing Gravecrawler and Geralf's Messenger, so Mortarpod can do some really crazy things. You can successfully grind away most of the popular creatures in Standard by using Mortarpod and Gravecrawler. Mortarpod is a good answer to opposing Swords too. It's difficult to sneak in a Sword hit with a Snapcaster Mage or Moorland Haunt activation when there's a Mortarpod on the table.

Tragic Slip is one of the better removal spells we've seen in some time. It's especially strong when you're playing a deck that can blindly send all of its creatures into the red zone, knowing your Zombies' "deaths" won't be in vain.

Doom Blade is a solid removal spell that supplements our Tragic Slips. Cards like Drogskol Captain can be a huge issue in multiples, and it's not an uncommon occurrence when Drogskol Captain decks also play Phantasmal Image.

Fume Spitter is really well-positioned right now. It's also a very easy way to turn on your morbid. I've already explained why Mortarpod is so good in the current Standard format and the same reasons apply to Fume Spitter. I'll be happy to play a good number of these in my main.

Lashwrithe is obviously strong in any deck that plays a lot of Swamps. We're mono-black, so a Nightmare without evasion that can be picked up after it's dealt with can be a real issue for most opponents. It's also worth noting that moving the Lashwrithe off the Germ token is an efficient way to achieve morbid.

Highborn Ghoul seems like an auto-include now that I'm packing Lashwrithe. Most decks don't have a way to block Highborn Ghoul, which is by itself like two Invisible Stalkers that aren't carrying any equipment. Most Delver players have cut Gut Shot in favor of Dismember, so your Delver opponents are going to have to pay a healthy dose of life and some mana if they're planning on dealing with your intimidating brain muncher.

Altar's Reap is a fine card to respond with when your opponent plays a removal spell on one of your guys. Sometimes, you're running low on gas or need to dig for a removal spell. In these situations you can use Altar's Reap to build your own Divination with Gravecrawler.

Cemetery Reaper is a welcome lord in our deck that works extra hard against decks trying to abuse Unburial Rites. Cemetery Reaper is an excellent answer to an opponent's undying creatures too. Strangleroot Geist giving you a headache? Simply use a Tragic Slip and remove it from the game when it hits the graveyard and the undying trigger is still on the stack.

Nihil Spellbomb is a nice one-of in any Standard deck that plays black cards. It's strong against Lingering Souls, Runechanter's Pike, Moorland Haunt, and especially brutal against the Unburial Rites plans.

I wanted a little more disruption and I wasn't sure what the right card was. Despise is pretty good, but we've got plenty of turn-one plays and we're already playing a lot of removal and good ways to apply pressure to planeswalkers. I really wanted something I could use around turn four or five against the red-green decks, in an effort to pluck a pair of Inferno Titans out of my opponent's hand. Gruesome Discovery accomplishes these goals beautifully. It shouldn't be too difficult to turn on morbid when we're playing a bunch of Fume Spitters, Mortarpods, and Lashwrithes, so I'll only play one Gruesome Discovery in the main; drawing two seems pretty bad. I'd gladly have another one or two in my sideboard, though.

Once I crunch all the numbers the deck looks like this: 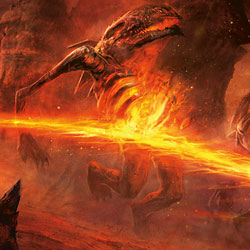 I won the roll, sent back a hand with only one land, and kept Swamp, Swamp, Swamp, Gravecrawler, Mortarpod, and Geralf's Messenger. A perfect six!

Gruesome Discovery is awesome against the red-green ramp decks. I'd definitely play a few in the sideboard to supplement the singleton in my main deck.

Tempered Steel is the most aggressive deck in the established Standard metagame. The deck managed to win the first Standard tournament where Dark Ascension was legal, the Star City Games Standard Open in Richmond, Virginia. Pro Tour Dark Ascension was not as kind to the robots, though. Many players expected a decent amount of Tempered Steel and it wasn't uncommon to see sideboards that included four Ancient Grudges. Some players even played Ancient Grudge in their main deck because of its strength against cards like Sword of War and Peace. Tempered Steel has begun to fall off the radar again and many players are cutting Ancient Grudges from their lists. This might give Tempered Steel an opportunity to come back and show everybody what the best nut draw in Standard looks like. 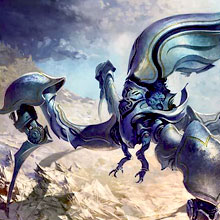 The deck struggles against the most aggressive strategies in Standard. It's difficult to trade blows and interact because most of your creatures come into play tapped or cannot block. The Zombie deck does very well against Tempered Steel on the play, but has a lot of trouble on the draw, especially when Tempered Steel itself is involved.

I truly believe this is an optimal main deck approach to Zombies. The deck is very easy to acquire in comparison to the mainstream decks of the Standard format and it has what it takes to compete with just about everybody. If you're craving brains, this is the perfect deck for you.