ggressive green decks that finish with Overrun have been a part of casual and competitive Magic since the release of Tempest back in late 1997. Overrun has always been one of the most powerful Limited cards available in any given set that it has been printed in. The new core set introduces the latest, perhaps greatest, Overrun effect. Overwhelming Stampede is a beautifully designed card. The flavor is spot on, the effect is powerful enough for Constructed play, and the artwork makes every old-school player remember that they used to play 8/4 trample creatures for eight mana and be happy about it. (Remember Mirage?) 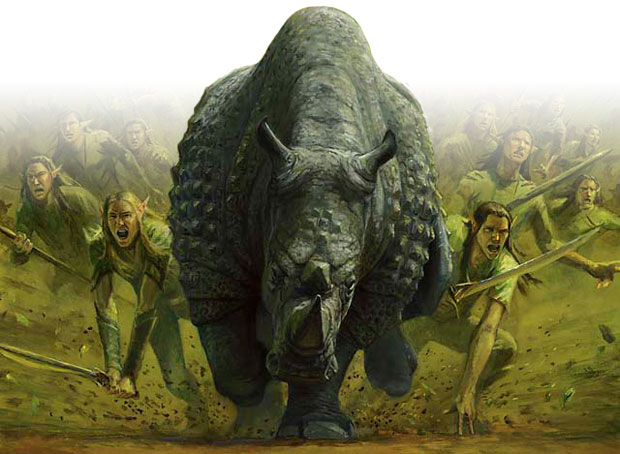 I knew Overwhelming Stampede was good, but I didn't realize just how unfair the card could be until I had it in a draft deck on Magic Online earlier this week. Literally 100% of games where I drew Overwhelming Stampede were won very easily. It's pretty easy to engineer a turn where that type of effect will win you the game in a Limited match. As a side note, I've noticed that winning matches in the new core set Draft format is very dependent on the number of creatures you play. I haven't had any trouble winning games with draft decks that feature seventeen or more creatures. Getting a chance to sling some Overwhelming Stampede was enough to get me excited about including it in a Standard deck.

I had forgotten about Overrun Green strategies until Zvi Mowshowitz introduced me to an exciting Beastmaster Ascension deck for the last Block Constructed Pro Tour. Looking through Gatherer, I was pleasantly surprised to see how many awesome tricks are available for this type of strategy. Garruk Wildspeaker is a far more attainable card now that it has been printed in a few sets and been given out as a promotional card for Xbox LIVE Magic players. Even classic Overrun is still legal until Scars of Mirrodin hits the shelves in October.

Leatherback Baloth is a very efficient green fatty. It works very well with our Overwhelming Stampede. Playing eight one-mana accelerants makes Leatherback Baloth even more impressive. He enters the battlefield on the second turn in a remarkable percentage of games.

Nest Invader is one of the greatest unsung heroes from Rise of Eldrazi. It presents two bodies for a single card, which only increases in value as you play more Overrun effects. It also allows its controller to accelerate into turn four Overrun effects that can be followed up with turn five Overrun effects. Remember, we're going to play with a lot of Overruns.

Kozilek's Predator is Nest Invader's big brother. It accomplishes the same goals and occupies a different spot on the curve. A single Kozilek's Predator can often present a lethal board when combined with Garruk Wildspeaker, Overrun, or Overwhelming Stampede.

Garruk's Companion is another gem that hasn't seen its day in the sun yet. Deals don't get much better than a 3/2 trampler for two-mana. Cards like Garruk's Companion ensure that our Overwhelming Stampede isn't a dead card.

Wolfbriar Elemental lets us get back on the table after Day of Judgment. The sheer number of guys that this card can produce makes this card an automatic inclusion in the deck. I never liked drawing Wolfbriar Elemental in my opening hand, though, so I decided to only play two copies of the top-end finisher.

Khalni Garden makes it in as our non-basic land of choice because it gives us an extra body to crash into the red zone with our Overrun effects. 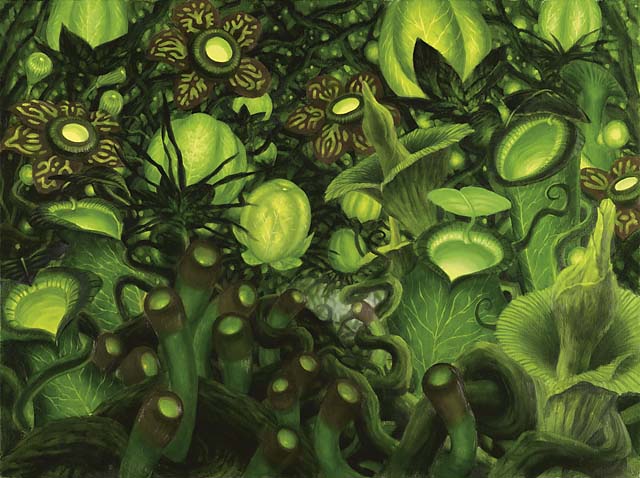 Here's the deck once it's completed. The only card that may be difficult to acquire is Garruk Wildspeaker. You can replace the Garruk Wildspeakers with more Wolfbriar Elementals and a fourth Overwhelming Stampede if you are unable to get your hands on all three copies of the card.


I played a few games with the deck to see how it fared against what people are playing these days in Standard. 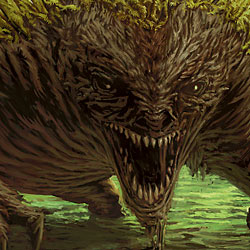 Jund is probably a very good match-up with this deck, especially if they don't Lightning Bolt your mana creatures. Jund is forced to tap out often enough that an Overrun effect is bound to close the game at some point. 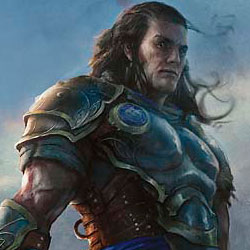 It's no secret that Day of Judgment is very good against Overrun-themed decks. My deck's purpose is to overextend in the early stages of the game. My opponent was lucky to have drawn two copies of Day of Judgment followed by a Martial Coup, but a single Day of Judgment with a healthy dose of countermagic probably would have had a very similar effect. 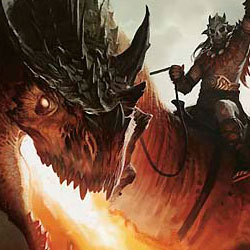 Red will probably be a bad match-up for us. Post-board they get to upgrade to Cunning Sparkmage and play extra Kargan Dragonlords, which are very strong against us. Leatherback Baloth is very strong here, but the red decks ability to disrupt our board presence while attacking our life total makes this seem like an uphill battle. 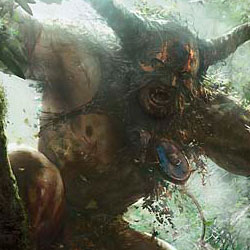 It has become very clear that the Overrun Green deck's best draws are nigh unbeatable. Primeval Titan decks don't have a lot of ways to interact with our board. We should do very well in these types of matches.

That went pretty well! The Overrun Green deck seems very well positioned if people at your local store tend to play with Jund and Primeval Titan decks more than White-Blue Control and red decks. The deck seems to race Mythic Conscription at about even pace. Our Overrun effects tend to be more devastating than their Sovereigns of Lost Alara, but their ability to stick the Conscription on a lifelink creature gives them a nice bonus. I think the match-up should be about even, perhaps a little in favor of the Green Stompy deck.

As always, I'd love to hear your questions or comments on the forums or in an email!