elcome to Feedback week here on Magicthegathering.com. The new core set has a lot of people brewing, and I'd like to respond to a few email requests and build a deck in the process. I've always been happy to explore the furthest reaches of an archetype.

The most frequent topic of emails I receive, excluding requests for non-budget lists, is deck building. Newer players often want a quantifiable method to deck building. Unfortunately, deck building is not usually a process that can be broken down into a uniform order of actions.

Finding a unique card that seems powerful is usually a good place to start your building process. A lot of people play Magic these days. It's probably unreasonable to start with cards like Jace, the Mind Sculptor, Gideon Jura, and Bloodbraid Elf because the decks that are built around those cards are likely near perfect in their tournament-winning forms. You can always add powerful and heavily played cards that turn out to fit your deck properly.

Now we need a powerful, yet overlooked, card to build around. 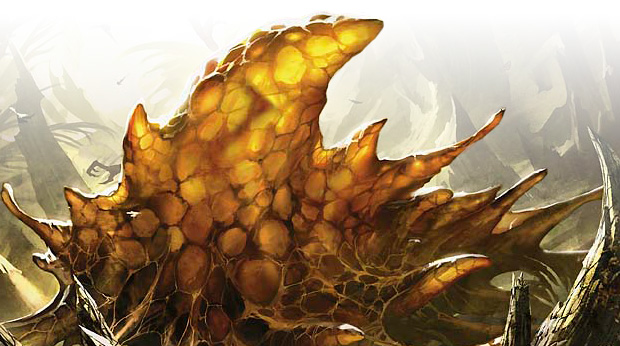 I've received a huge number of emails asking if it's possible to make a competitive deck that abuses Mitotic Slime. To start, yes, it is certainly possible to build a competitive deck that wants to play with Mitotic Slime. The card provides a total of 12 power if you get full value out of it. It also provides seven bodies. There are a number of routes we can take with a card like this. Mitotic Slime gives a Bloodthrone Vampire +14/+14 if you sacrifice the whole enchilada. Eldrazi Monument also seems like a very powerful way to abuse the Magic 2011 rare. 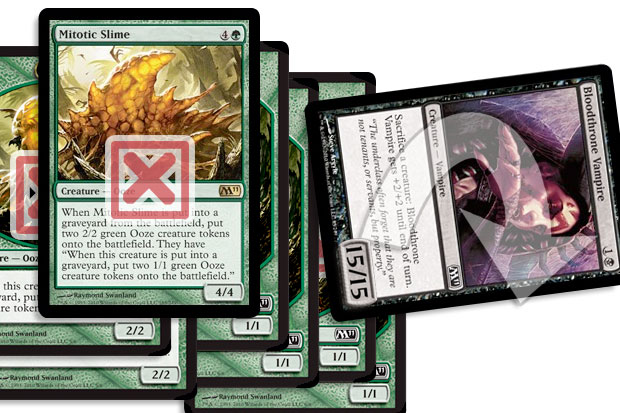 You want your deck to be a well-oiled machine.

Every card in your deck should help accomplish the same goal. When you're building an aggressive red deck your goal should be to reduce your opponent's life total from 20 to 0 as quickly as possible. A card like Platinum Angel is very good, but it doesn't belong in a deck that wants to end the game quickly.

So, what is the goal of the Mitotic Slime deck? Mitotic Slime is most powerful when used in tandem with cards that can abuse the token generation. Cards like Eldrazi Monument, Bloodthrone Vampire, and Vampire Aristocrat help us get maximum value out of our Mitotic Slime.

The rest of our deck should help support this theme. The later additions may not have synergy with the Slime itself, but we can choose to play cards that work well with the token-generation abuse. Nest Invader seems like the most obvious inclusion; it helps us ramp into spells like Mitotic Slime and Eldrazi Monument, it provides an early board presence, and it provides multiple bodies for our Vampires and Monument.

Kozilek's Predator fits the deck for the same reasons as Nest Invader. The Predator may not be as curve friendly, but it helps accomplish the same goals.

Pawn of Ulamog is another card that works well with our Vampires and Monument. I've wanted to play with this one for a while now. Imagine how much damage you could produce with the Bloodghast play I just described if you had a Pawn of Ulamog in play.

I worry about very large creatures on the other side of the table. I want to make sure our deck can successfully trick an opponent into not having a board presence for our attack. I want to round the list out with some removal. Doom Blade seems like the most efficient answer available right now.

Here's what we have so far:

has a much greater white requirement than a spell that costs

. Chances are, you want to play your

spell on turn two, not turn four. You want your deck's mana base to understand these complexities and be built accordingly.

Spells like Doom Blade or Path to Exile would not be weighted as first- and second-turn plays because the cards don't lose value as the game progresses. Playing a removal spell is fine in the later stages of the game whereas playing a card like Vampire Lacerator has become unimpressive.

Here's the math I use when designing a new deck.

I'll design this deck's mana base using this method. All of the spells are four-ofs, so I can treat each card as an individual. We're just simplifying here. Remember that this formula is a good place to start with a new deck, but the only way to truly understand the mana requirements of a deck is to sit down and play a lot of games.

Then let's add up the green requirement.
4

The deck has a very clear need for black mana. The green is light, but Nest Invader means we can't skimp too much. We don't have any one-mana spells, and we would like to abuse Bloodghast as much as possible, I'd like to play with Terramorphic Expanse and Evolving Wilds. I want to maximize my chances of playing a turn two Bloodghast when I want to without having to sacrifice my ability to play a turn two Nest Invader. A 21-7.5 split brings me to a 12-5 split in the actual deck list. 12-5 may not be perfect, but it seems a lot better than 13-4.

Here's the list once we've built a mana base.


I played a few games with the deck to see how it fared. The deck will probably do well in creature mirrors, but I imagine it has trouble with decks that play Day of Judgment, Condemn, and Path to Exile. 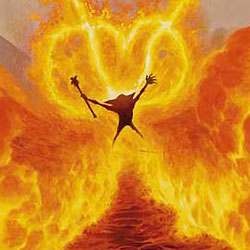 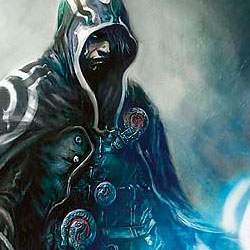 I draw a Vampire Aristocrat, cast it, and attack with my team. My opponent has a Condemn, but I cast the Vampire Artistocrat before combat so I could sacrifice something if I needed to. My opponent targets the Slime, and I sacrifice it and make a pair of 2/2s. My opponent blocks both Bloodghasts, and it becomes his turn again. He untaps and casts a Gideon Jura, he uses the +2 ability and passes the turn. I draw an Eldrazi Monument and cast it. I attack with my team. Gideon goes in the bin and I pass the turn back to my opponent. My opponent has an Oblivion Ring for my Monument, but with only 1 life point remaining he concedes to my lethal attack the next turn. 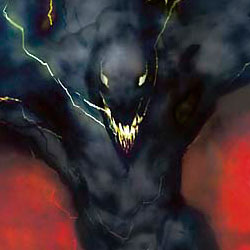 This deck has the ability to get some really absurd draws. I don't think it has the consistency to be played at a very competitive level, but I think it definitely has what it takes to do well at your local FNM. Hopefully your deck-building skills have improved.

P.S. I draft at Reality's Edge in North Arlington, New Jersey every Thursday night. Jim, the owner of the store, has decided to give four Jace, the Mind Sculptors to the winner of this Saturday's Standard tournament. Jim has been running a great gaming spot for a few years now and this tournament is a testament to how much he wants to give back to the community. I strongly recommend making the trip out to Reality's Edge this weekend if you have the chance.