ello and welcome to Fate Week here on DailyMTG.com. I've wanted to write about Puresteel Paladin for some time, but the card has always been in high demand. Puresteel Paladin strategies have fallen out of favor since the release of Dark Ascension and the card has become significantly easier to acquire through trading.

Traditionally, Puresteel decks have been white-blue, playing blue for cards like Trinket Mage, Invisible Stalker, and Ponder. Today, I'd like to experiment with a white-black version of the deck. 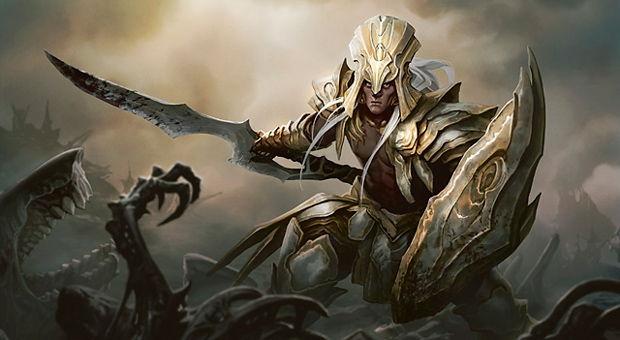 Puresteel Paladin is a powerful tempo and card-advantage engine. It's a 2/2 for two mana that turns a huge percentage of the deck into cantrips (cards that draw you a card). Also, once you have three or more artifacts on the battlefield, you'll be able to equip everything for no mana.

In the past, Puresteel Paladin decks have had trouble staying powerful enough in the games where they don't draw their namesake. However, Innistrad brought Mentor of the Meek into the picture and gave the deck a new angle in which it can churn out huge amounts of card advantage.

If you've been playing for a while, you'll surely remember how good cards like Bitterblossom and Spectral Procession were with Equipment. I expected Lingering Souls to be just as good, if not better. With a healthy dose of Equipment, each Spirit will require a removal spell from your opponent. In the past, board-sweeping effects would alleviate the situation and allow a control player to move on. Lingering Souls requires opponents to have two board-sweeping effects if they intend to control the game. Lingering Souls also has incredible synergy with Mentor of the Meek. You'll be able to draw two cards with each casting of Lingering Souls if you have the mana available and a Mentor of the Meek on the battlefield. Also, Lingering Souls is one of the most powerful cards in recent sets all by itself, so that's certainly a plus.

Flayer Husk is an efficiently costed Equipment that comes with a body. We're playing Flayer Husk because of its strength with Puresteel Paladin and Mentor of the Meek, but the card works surprisingly well with all cogs of the deck.

Mortarpod is an obvious inclusion. Many decks that don't even have access to Lingering Souls or Puresteel Paladin are including Mortarpod these days as an effective answer to Delver of Secrets and many other popular threats of the format. Once you have metalcraft, Puresteel Paladin lets you effectively Fireball your opponent for the number of creatures you have on the battlefield. This makes your clock deceptively fast in racing situations.

Tragic Slip is an extremely efficient removal spell. Mortarpod and Flayer Husk make it very easy to turn on morbid. Additionally, you have a lot of creatures that win the game all by themselves if left hanging around. Your opponents will be forced to use removal spells aggressively to turn on the morbid for your Tragic Slip.

I wanted six spot-removal spells, so in addition to the two copies of Tragic Slip I rounded out the deck with two each of Dismember and Go for the Throat. To be honest, I'm not sure which card is better. Go for the Throat is better against Titan decks, but playing four copies makes us incredibly weak against Tempered Steel strategies. I feel the two/two split is perfect.

Faith's Shield is an efficiently costed way to protect one of our permanents from whatever the opponent might throw at it. Faith's Shield has fateful hour, we can often engineer our life total with Dismember and use Faith's Shield to effectively Fog our opponent and swing back for lethal or we can make our team extremely difficult to block and get in the final swing.

I like playing a single copy of Nihil Spellbomb in any Standard deck with twelve or more black sources of mana. I find the activated ability is almost always at least a little bit relevant and the ability to cantrip and get closer to more Puresteel Paladins is definitely worth the slot.

My favorite card in the deck is Bloodline Keeper. Think about all the interactions this card has here. Bloodline Keeper is a one-sided Howling Mine if you have a Mentor of the Meek in play. Bloodline Keeper can attack for 5 and make a token on the turn it comes into play with a Sword of Vengeance equipped to it. Bloodline Keeper with Swiftfoot Boots is an outright game-win against a lot of the decks in the format. I didn't even mention how strong the card is entirely on its own. There will be many games where a Bloodline Keeper is able to take down your opponent without any help at all.

I played a few matches with the deck against the Standard decks people were playing at my local shop. 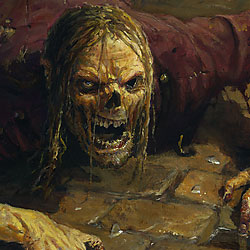 My opponent played a Diregraf Captain and attacked with everything. I used my Mortarpod on the Gravecrawler, cast Tragic Slip on the Diregraf Captain, blocked the Diregraf Ghoul with Puresteel Paladin, and chump-blocked the Geralf's Messenger with my Flayer Husk germ. I drew a Swamp, played it, cast Bloodline Keeper, equipped all my Equipment to Bloodline Keeper, attacked for 8, and passed the turn with Isolated Chapel open. My opponent aimed a Go for the Throat at Bloodline Keeper, but I had Faith's Shield at the ready. My opponent then brought back Gravecrawler and I made a Vampire on the endstep. I drew another Sword of Vengeance and attacked for lethal damage in the air.

It's generally fine to sideboard out the Faith's Shield, especially when your opponent sees it in Game 1. Players might play around it even when it isn't in your deck anymore. 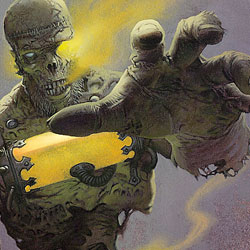 Then I drew a Puresteel Paladin, used the flashback on Lingering Souls and drew Sword of Vengeance and Swiftfoot Boots with Mentor of the Meek, and played another land. My opponent attacked with Diregraf Ghoul and I double blocked with my Lingering Souls tokens, putting two damage on the 3/3 Ghoul. My opponent had a Tragic Slip for my Mentor of the Meek, but I had a Tragic Slip and that was enough to get rid of the Diregraf Ghoul as well. I drew a Plains, played my seventh land, cast Swiftfoot Boots, cast Bloodline Keeper, equipped Bloodline Keeper with the boots, and passed the turn. My opponent conceded. 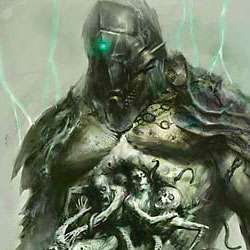 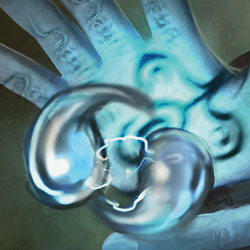 The deck works really well. If you're a fan of Puresteel Paladin then I strongly recommend putting this deck together and trying it out. It's really pretty easy to acquire on Magic Online and is a great deck to play in the casual room; Isolated Chapel is the hardest card to pick up, but all the rest are fairly easy. There are a lot of interactions in the deck and it can be very difficult to play. Try a few matches for practice before finding replacements for Sword of Vengeance and sleeving it up for a Standard tournament.

As always, hit the forums or shoot me an email with questions, comments, or ideas for future columns.