agic 2011 is on the shelves! Everyone is brewing up new Standard decks to see how they match up against the existing metagame. I wrote about a Pyromancer Ascension deck a few months ago. The response to this deck was overwhelming; I received emails from hundreds of players looking to improve on the archetype and help it reach tier one status. 2011's core set gives the deck a number of huge improvements that I would like to talk about today. Don't worry, guys, you will be taking infinite turns in no time at all. 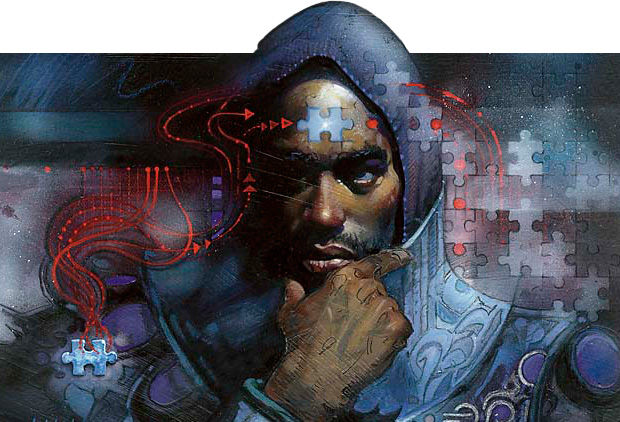 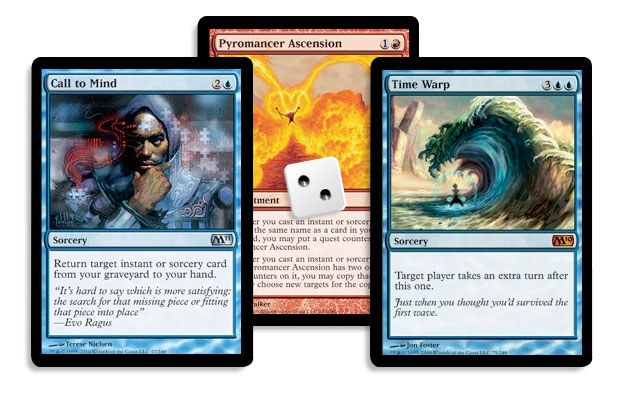 Call to Mind would have been enough to get me excited again about the archetype, but the new core set offers up a lot more than that. Preordain essentially lets us play eight copies of Ponder. Gone are the days when our combo decks would be plagued with inconsistency. Playing eight Ponder effects makes our combo deck into a well-oiled machine that can reliably execute its game-winning series of plays.

Another card that really pushes this over the top is Foresee. If you haven't had the opportunity to Foresee yet, then I highly recommend you devote your next first draft pick to this absurdly powerful spell. Scry 4 ensures that the two cards you draw will be precisely what you're looking for. The card advantage gained from drawing two cards helps the deck battle plays that used to cause a lot of problems, like Blightning.

Ponder is an absolute all-star. I've already written volumes on this card's application in decks that rely on specific cards or card combinations. We get to play with Magic 2010 until the fall and Ponder will certainly be a four-of until the rotation.

The new two-color version of the deck gets to play with more disruption than its four-color counterpart. I no longer need to devote slots to mana fixing like Harrow or Prophetic Prism. This gives me the opportunity to play with the new core set's least talked about, most thought about spell. Mana Leak is battle tested and player approved. Versatile two-mana counterspells have been gone for a long enough period of time that players seems to have forgotten how powerful they can be. Mana Leak protects our combo pieces and disrupts our opponent. In many match-ups, it can slow our opponent down enough to give us the time we need to combo. Drawing multiple Mana Leaks is especially devastating; you can pass the turn and threaten putting more counters on your Pyromancer Ascension.

I still had room for another suite of disruption, so I decided to play with a set of Spreading Seas. Jund has been a very poor match-up for me with the old version of Pyromancer Ascension. Blightning is a difficult card to deal with and Maelstrom Pulse is a main-deck answer to our game winning enchantment. Spreading Seas in combination with all our cantrips can be very deadly here. We have the ability to draw multiple copies of Spreading Seas in the same game because of cards like Ponder and Preordain. If you've ever played Jund against an opponent who drew more than one Spreading Seas, then you can probably understand why this is such a good inclusion. 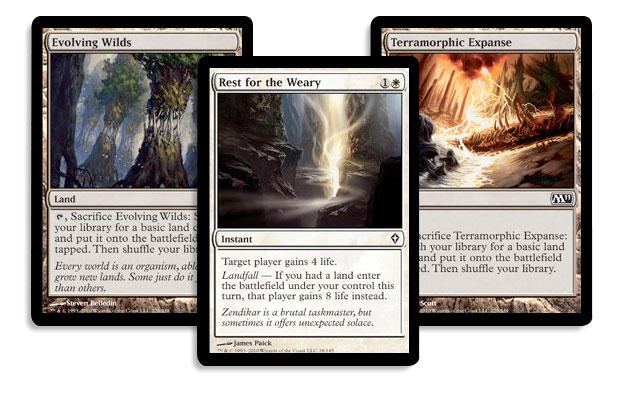 The sideboard is very important here. I chose to play with Terramorphic Expanse and Evolving Wilds because they let me splash Rest for the Weary out of my sideboard. Red has a very difficult time beating this spell even when it isn't copied. When you start casting two-mana "Gain 16"s it's probably about time for your opponent to pack it in.

The sideboard also plays Jace Beleren for control match-ups. Jace Beleren has become significantly easier to trade for since Jace, the Mind Sculptor was printed with Worldwake. Jace Beleren was already printed in Lorwyn and Magic 2010, so you may already have them. If you don't, you can acquire them from packs of Magic 2011.

The sideboard also plays with Earthquake, Magic 2011 has given us an extra Overrun effect and I suspect overrun themed green decks will gain a lot of power and popularity in the coming weeks. Earthquake gives you a very respectable board-sweep effect against these types of deck. It seems like Earthquake is better here than Pyroclasm because it can also kill their Garruk Wildspeaker. These types of decks cannot deal a lot of damage without their Overrun effects, so the damage we deal ourselves won't be too relevant.

I also decided to include a single copy of Burst Lightning as an out to cards like Meddling Mage, these cards may not be very popular, but just auto-losing to them is not a good plan.

4 Rest for the Weary


I played some games with a friend to make sure the deck functioned properly. 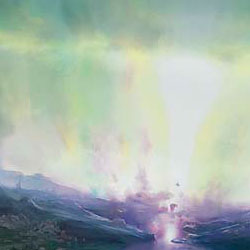 Jund used to be a very difficult match-up. The match still isn't easy, especially if they're on the play, but things have certainly gotten a lot better. Spreading Seas helps us buy enough time to combo off without getting our Ascension hit by a Maelstrom Pulse. Mana Leak also helps protect our combo. 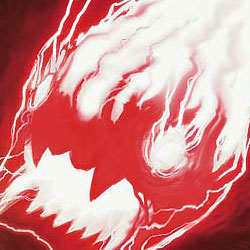 Red is surprisingly good for this deck. The first game can get very scary, but after sideboarding we have access to Rest for the Weary. Game 1 may be slightly in their favor, but games two and three are very easy for the Pyromancer Ascension deck. 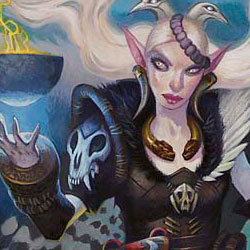 I draw an Evolving Wilds of my own, cast another Pyromancer Ascension, cast a Time Warp, put a counter on the Pyromancer Ascension, and take another turn. I draw a Mana Leak, cast Ponder to put a second counter on the Ascension, shuffle my library, draw Call to Mind, cast Time Warp with a copy, and take an extra turn. I draw a Preordain, cast it with a copy, I find another Call to Mind and my opponent concedes to infinite turns again.

This match seems pretty easy, a one-of Qasali Pridemage and Oblivion Ring are their only ways to interact with our combo. Their deck isn't aggressive enough to put us on a reasonable clock.

That went very well. I think this deck may have what it takes to be a contender in the new Standard. If you have any new ideas I would love to hear them in an email or on the forums.