Last week's Eggs primer was a huge success. Modern is shaping up to be one of the most exciting formats we've seen in quite some time. This week, I'm going to take a break from Modern brewing to offer up an updated version of my Standard Illusions deck from a few weeks ago. A lot of you are planning to attend Grand Prix Pittsburgh this coming weekend, and you've asked me to write about Standard this week. 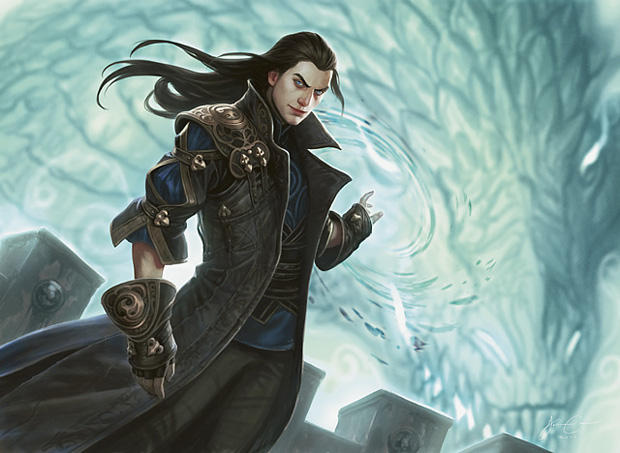 I knew the Illusions deck I had posted was strong, but I had no idea it would become such a cult phenomenon in such a short period of time. In fact, it took me entering three separate two-player Standard tournaments on Magic Online to finally find an opponent who wasn't also battling with Illusions. The deck has acquired some new tools in the past few weeks, and I'd like to start by sharing some of the latest incarnations that have done well at recent tournaments.

Thomas Carter went 7-1-1 with Illusions in a large Standard tournament recently. Let's take a look at his list:

The biggest innovation here is the inclusion of Preordain and Ponder. My version could only cast Phantasmal Bear on the first turn. This meant that I wasn't doing anything on my first turn a pretty large portion of the time. Playing with Ponder and Preordain also encourages you to play with more two-ofs. The current Standard format tosses a lot of problems at you, and it sometimes seems impossible to answer all of these problems with just sixty cards. By playing a broad swath of two-ofs, you give your deck a lot of versatility. Cards like Ponder and Preordain will help you draw the right mix of cards to defeat any opponent.

I'd like to talk about Gitaxian Probe while we're on the subject of cantrips. Thomas Carter's list plays three copies of the "free" spell. Gitaxian Probe would give Thomas perfect information on a key turn. For example, there would be no reason for Thomas to keep up Mana Leak for his opponent's fourth turn if he were absolutely certain that his opponent didn't have a Day of Judgment in hand.

Wurmcoil Engine has been good for me, but it seems like everyone is casting Phyrexian Metamorphs and Phantasmal Images these days. It's difficult to gain an advantage in the Wurmcoil war. When a Wurmcoil Engine gets copied it will normally result in both players gaining a bunch of life. This will prolong the game, which isn't the goal of the Illusions deck. I'm not saying Wurmcoil is bad in this deck—in fact, I think the ability to cast a Wurmcoil and repeatedly copy it is about as good a plan as you can have against some decks. I'll probably keep one of these in the main and move the other one to the sideboard. These are mythic rares, but they're fairly easy to come by. If you have trouble finding the normal version you should see if any of your friends still have their promotional copy from the Prerelease last September.

Phyrexian Metamorph is an obvious inclusion once you add the Grand Architect. The deck is basically a pile of lords. All the creatures make your other creatures bigger and more dangerous. One of the nice things about this deck is that you're rarely in a spot where you're terrified by your opponent's creature. An opponent might cast a Titan, but you can simply copy it and offer a race. This deck is very good at racing.

Thomas's list also has two copies of Spreading Seas. These may seem a little random, but after playing a few matches with the deck I've actually grown to like them a lot. Spreading Seas is especially strong with Gitaxian Probe. It can cut players off of the correct configuration of mana they need to wipe your board. Once you cast the first Spreading Seas, your opponent will likely be playing catch-up on colors. If you wait until the third turn you can usually get a Tectonic Edge off on one of their lands before they get to double white or black mana.

Griffin's list is much more straight-forward than Thomas's. Griffin chose to include a full four copies of Ponder and Preordain, making it somewhat clear that the correct version of the deck plays at least four Preordain and some number of Ponder. 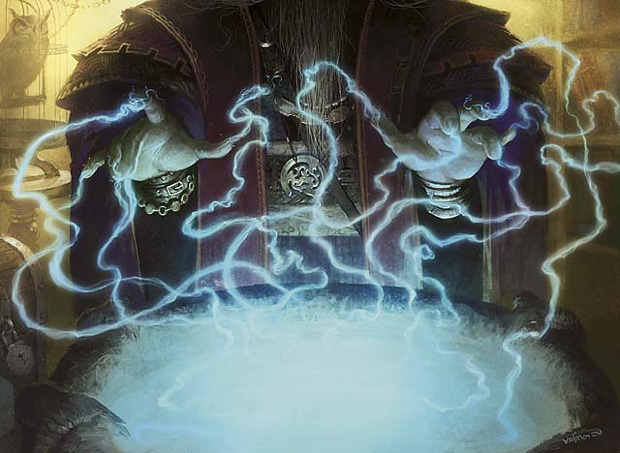 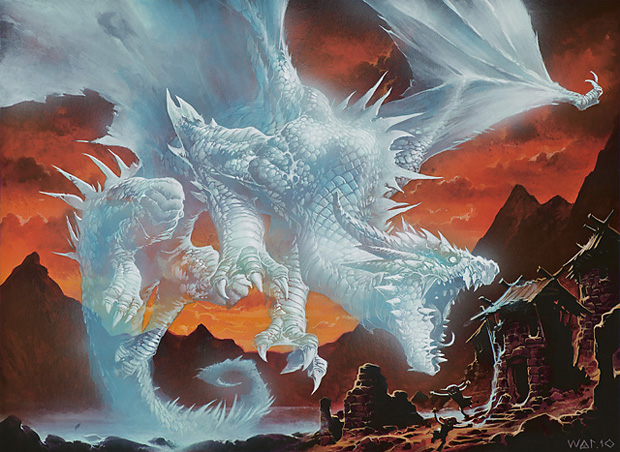 My favorite part about Griffin's list is that he's still fighting with Dragons. I'm a big fan of Phantasmal Dragon and I was upset to see it cut from Thomas's list. The Dragon completely blanks every Squadron Hawk in your opponent's deck, even when they're carrying Sword of Feast and Famine or Sword of War and Peace.

I'd like to update the Illusions archetype and make it more prepared for the expected metagame at Grand Prix Pittsburgh. Neither of these decks are playing Dismember, but Splinter Twin combo wasn't a very large factor when they did well. With Splinter Twin decks having such success at more recent tournaments I figured it's a good time to bring back the Dismembers to the sideboard.

I took all factors into account and made what I believe to be the best possible version of the Illusions deck:

The only difference between this and the main deck I'll be playing in Pittsburgh next week is five fetch lands (some mix of Scalding Tarn and Misty Rainforest) to shuffle my deck after I cast Ponder. These aren't necessary, but if you happen to own them then they're worth the inclusion.

My sideboard might not be perfect—I've only played about twenty matches with the deck—but it's pretty close, and I wouldn't be upset registering the exact 75 listed in this column.

I decided to play a few matches with the deck to see how it would fare against the latest and greatest in the standard format. 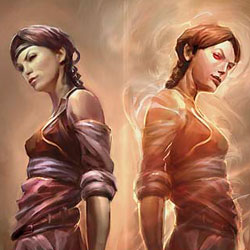 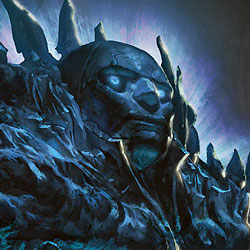 I kept Phantasmal Bear, Grand Architect, Gitaxian Probe, Ponder, Dismember, and 2 Island. My opponent played a Scalding Tarn, sacrificed it, grabbed an Island, and cast Ponder. I drew a Mana Leak, played my Island, cast Phantasmal Bear, and passed the turn. My opponent played a Mountain and cast Shrine of Piercing Vision before passing the turn. I drew a Tectonic Edge, played my Gitaxian Probe for 2 life, and saw Shrine of Piercing Vision, Splinter Twin, Dispel, Mountain, and Scalding Tarn. I drew Lord of the Unreal and cast it, knowing that my opponent didn't have a Pyroclasm. I attacked for 3 and passed the turn.

My opponent put a counter on the Shrine of Piercing Vision, cast another Shrine, played Scalding Tarn, cast Preordain putting a counter on each Shrine, and passed the turn. I drew a Phyrexian Metamorph, played Tectonic Edge, cast Grand Architect, tapped the Grand Architect and the Lord of the Unreal and cast Phyrexian Metamorph copying the Grand Architect, attacked for 5 with my Bear, and passed the turn. My opponent put a counter on each shrine, played his fourth land, and passed the turn. I drew an Island, played it, cast Ponder, shuffled my library and drew a Spell Pierce, and entered combat. My opponent popped a Shrine of Piercing Vision and cast a Deceiver Exarch. I attempted to Mana Leak it, but that was met with Dispel. I had the Spell Pierce, though, and my opponent died to a horde of blue creatures. 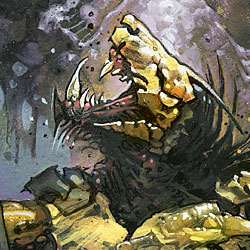 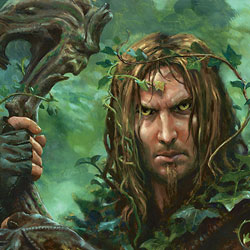 This deck seems very strong. There's a good chance I'll be in Pittsburgh this weekend to play in the Grand Prix. Many players feel that getting a Grand Prix–worthy deck together is too difficult. This deck does very well against the best decks in the metagame and I wouldn't be surprised if it ended up being the next big thing. I will definitely be piloting Illusions, Boros, or Tempered Steel if I do play, so be sure to come say hi and share your latest creations with me.