ast week, I explored some of the possibilities in Standard with Avacyn Restored. I made two decks: A green stompy deck and a mostly white Venser control deck. I included a poll at the end of the column asking which of the decks you would like to see me continue working on. 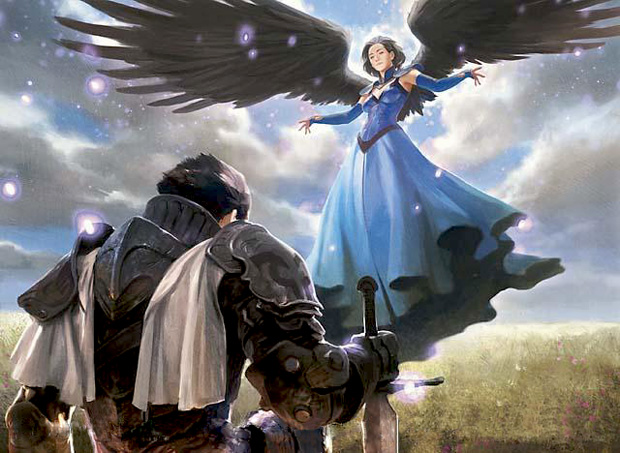 The results are in and things were surprisingly close. Restoration Hardware came out on top and today I'm going to scour what's available in Standard to see how we can tweak this deck for the better.


Some readers on the forums were worried about this deck's availability, but I assure you that (despite the high number of rares and mythic rares) this deck is surprisingly easy to get a hold of. Venser, the Sojourner can be acquired in the new Duel Decks Venser vs. Koth. Restoration Angel is going to be the release promo, so all you have to do is show up at a release event and you'll likely get one (unless they run out, of course). With everyone in the room getting their promo Restoration Angel it probably won't be difficult to find a few people to trade with, so you can complete your play set. 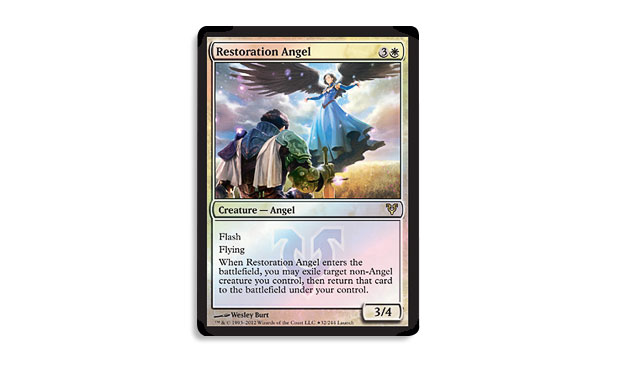 You can acquire the entirety of the deck on Magic Online with little work. Due to the high number of reprints and promo versions of the cards in the deck it should be especially easy to trade for the contents in paper.

The deck is very well positioned against non-blue creature decks. In a world where Cavern of Souls is the toast of the town, it seems this might be the type of deck you'd want to be playing.

There are a few problems with the original deck that I'd like to work on this week in hopes of making it tournament ready for next week's FNM. 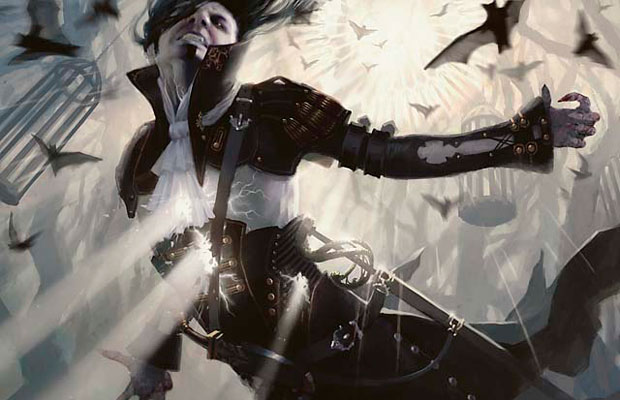 The deck might struggle with Delver decks and I'd like to see what we can include in our sideboard for that matchup. Cards like Day of Judgment are surprisingly strong against them, but it's important that we find cheaper ways to interact. Otherwise, we might find ourselves dead to their Mana Leak. As it stands, the main deck isn't very well equipped for this matchup. Let's see what we can do to change that.

Lingering Souls is an excellent card. We can use Lingering Souls to buy a lot of time in the less-than-stellar matchups. Lingering Souls is also quite strong against the decks we already beat, so we won't be making our good matchups any worse. This is a great step in the right direction if we're looking to beat Delver strategies.

Lingering Souls is certainly powerful, but I'm not sure that's enough. Avacyn Restored introduced Righteous Blow into the mix and I'd like to try a few copies to see how well it played against the format's more aggressive starts.

The Wellspring card-advantage engine is cute, but I fear it isn't as potent as one might hope it to be. The deck does very powerful things and it accrues card advantage simply by casting powerful spells.

Venser, the Sojourner is great in this deck, but I was still underwhelmed when I drew more than one copy. I decided to cut one of the Planeswalkers in favor of other powerful spells.

Restoration Angel is still one of the best cards we could ask for in a deck like this. The synergies with Sunblast Angel, Blade Splicer, and Stonehorn Dignitary are enough to warrant its inclusion. This card seems very strong to me. I wouldn't be surprised if this card had more staying power than any other card in the set.

Sunblast Angel is incredible when it works, but three copies seems like a lot. I feel the deck still works optimally with two copies of Sunblast Angel. I'm actually surprised that Sunblast Angel hasn't seen more play. Perhaps the biggest prohibitive factor for Sunblast Angel in the current Standard format is the existence of Elesh Norn, Grand Cenobite for one more mana.

Increasing Ambition might not seem like the greatest card ever, but this deck can keep the game stalled out forever. We're already splashing black for the flashback on Lingering Souls, so having a single copy of Increasing Ambition won't hurt our mana at all.

We don't have the Wellsprings anymore, so we're going to need something to do on our second turn and we're going to need a better way to fix our mana. Sphere of the Suns immediately came to mind when I looked to satisfy these conditions. A quick Gatherer search confirmed this was the best card for that spot.

Blade Splicer works beautifully here. Restoration Angel and Venser, the Sojourner both allow us to make an extra 3/3, basically for nothing.

The deck is very well positioned against any creature-intensive strategy now, including Delver, but the matchup against control decks is mediocre at best. We're going to have to devote a lot of our sideboard to beating the control decks of the format.

The original sideboard had cards like Dismember and Celestial Purge, but I found I'm already doing well against the decks where I'd be bringing these cards in. I decided I wanted a sideboard that gave me more options when I didn't feel comfortable with the deck's normal game plan.

I'm already playing a lot of token production and I decided I could easily switch to an aggressive token strategy after sideboarding to be better positioned against decks that want to play a long game.

Honor of the Pure has a great deal of synergy with the white creatures and Lingering Souls in the main deck. I'll be happy to include a play set of these in my sideboard.

I'm already on the Honor of the Pure plan after sideboarding, so I want to make sure the plan is a viable one. Shrine of Loyal Legions will give me a great deal of maneuverability against control strategies.

Additional copies of Increasing Ambition will ensure I win a long game. The cards in current Standard control strategies aren't well equipped to outcard you when you're getting three Demonic Tutors for a single card. I suggest grabbing another copy of Increasing Ambition as one of your tutor targets when you pay the flashback cost. This will give you an endless stream of perfect cards.

Here's what the deck looks like when I apply all the changes:

The deck is well positioned against ramp strategies. Our goal in this matchup is to assemble Stonehorn Dignitary and Venser, the Sojourner. The ramp deck is known for its ability to win a long game, but this deck controls the game from an angle that's unexpected. Here's how I would sideboard against a ramp opponent:

The main deck was soft to Delver before we added Righteous Blow and Lingering Souls, but now the deck is very well positioned in the matchup. Venser, the Sojourner is weak here because of the high density of evasive bodies in the Delver deck.

This deck absolutely crushes the aggressive or midrange RG decks. We literally have main deck copies of just about every card they don't want to see. Like the ramp decks, they almost outright lose to Stonehorn Dignitary when combined with Venser, the Sojourner.

Against Control (WU, UB, or WUB)

The deck struggles against control strategies, especially in Game 1. Luckily, the matchup gets significantly better after sideboarding. Once in Game 2, the Restoration deck can trump Curse of Death's Hold with Honor of the Pure and apply enough pressure to force the control deck on its back foot. Shrine of Loyal Legions is especially strong here. The Shrine can be cracked on an opponent's endstep to swing for lethal on a key turn.

This deck will be well-positioned for your first tournaments with Avacyn Restored. It does incredibly well against creature-based strategies and has a decent game against control decks after sideboarding.

Avacyn Restored is an extremely exciting set. I was wary of miracles, but I was lucky enough to open Entreat the Angels at the Prerelease and I can honestly say I don't think I've ever been more giddy from a game of Magic than when I found Entreat the Angels on top of my deck when I had eleven lands in play.

Avacyn Restored hits the shelves everywhere this weekend. Be sure to find the location of the nearest release event to get your copy of the Restoration Angel promo.

I've got an exciting new deck for next week. Be sure to tune in and see what other fun interactions exist thanks to Avacyn Restored.