play Magic because it is more fun than anything else I have ever done. I have met some of my best friends through this game and had experiences that most people never will.

There's a rare feeling beyond fun, though. When you feel at peace with a format ... When you have solved a format so decisively that crushing people ten times better than you (with a strategy they wrote off or never looked into) is effortless ....

My best friend Chris and I solved a format.

I remember it very clearly. My opponent's confused, almost sick, facial expressions. Only four minutes into the round and they were already packing up their belongings to head back over to the Pro Player Lounge. One after another, people just looked at us with disgust and anger. I had never felt so good at something, never felt like I was in so much control. 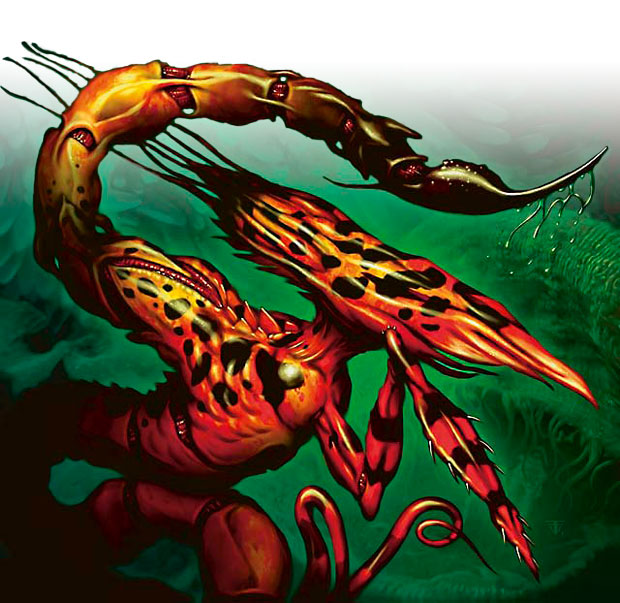 Sometimes the Volrath inside me wants to feel that way again. Unfortunately, "solving" a format is a once in a lifetime occurrence.

Luckily, there's a tier one deck in Pauper that plays with poison counters:

Green-White Slivers seems to have emerged as the deck to beat after the dust has settled with the new Pauper four-person queues on Magic Online. Normally I wouldn't examine an archetype that already exists, but I could not help myself this time. I played in a tons of Pauper queues over the last few weeks and something happened to me that has never happened before:

I lost to poison counters.

It was infuriating, sentimental, and hilarious all at the same time. I just failed to grasp that the game had ended. I had learned what it felt like to be on the other side of the table. It started to get me all nostalgic, and I felt like I needed to be playing with Virulent Sliver again.

I examined the Pauper format a bit last month, but I never got a chance to explore the most powerful archetypes in the format. I would like to give you guys some insight into what decks you actually want to beat before you wade in the waters of the Pauper four-person queues.

Green-White Slivers is extremely aggressive. Its creature base is a dream come true. Its curve is outrageously consistent. It has answers to virtually every other deck in the format and, despite the mirror being absolute hell, it's a load of fun to play.

Muscle Sliver and Sinew Sliver: It's very nice when you're allowed to play with eight of your best card.

Plated Sliver: A 1/2 for one mana is a fine deal when its creature type is relevant. Plated Sliver is often an attacking 2/3 on turn two or a 3/4 with flanking on turn three. This is a deck that wants at least twelve one-drops, and one-drops don't get much better than this.

Virulent Sliver: The least important one-drop in the deck. Virulent Sliver is nice because, if drawn in multiples, it can kill the opponent in very short order. I do not know if I would go so far as to say that Virulent Sliver is my favorite creature of all time, but it has certainly won me more money than any other creature.

Spinneret Sliver: This is always your biggest guy. The mirror is often decided by which player draws more Thrill of the Hunt. If both players draw the same number of those, then the player that draws more Spinneret Slivers usually wins the game.

Holy Light: Holy Light is a necessary evil. A lot of people are going to be playing Empty the Warrens and Holy Light is the best way to combat it. I've won my fair share of games when my opponent has Emptied for eight tokens on turn one. This card allows you to win those games.

Prismatic Strands: Strands is a useful combat trick in the mirror, but its inclusion is mainly a means to prevent us from taking a Grapeshot for twenty or more to the face or having our board wiped by Evincar's Justice. A lot of times against Grapeshot-based Storm decks it is correct to just play Prismatic Strands on your opponent's end step without preventing any damage. Just leave some guys untapped and you can continue to play out your hand and beat face without always leaving three lands untapped.

Thrill of the Hunt: Pauper is a really good format because cards that you loved in Limited are actually just as awesome in a Constructed format. I remember games where I had Thrill of the Hunt in my hand and just could not conceive a series of events where I could lose the game. Thrill of the Hunt would always at least one-for-one an opponent and make them play a dramatically different game for the rest of the match. It is very important to play the full four Thrill of the Hunt; Green-White Slivers is very popular and the mirror match is extremely dependent on which player draws more Thrill of the Hunt.

The extra Prismatic Strands and Holy Light are there for the relevant matchups.

Circle of Protection: Red: The burn deck still has a pretty decent following and CoP: Red is the best way to just say, "I win."

Obsidian Acolyte: Black control and Blue-Black Madness are both gaining in popularity. Obsidian Acolyte is a very strong answer to both of those archetypes.

Wildsize and Sudden Strength: I used to have a bunch of Armadillo Cloaks clogging up most of these slots, but I never really found them to be exceptionally impressive. A cloaked creature generally just gets double blocked in the mirror, you get two-for-oned and gain a few life. So, Armadillo Cloak does not get sided in against the mirror. Unfortunately, Slivers is the defining creature-based deck in the format, and if I don't want to side my Cloaks in against the creature deck, where do I want them? They're obviously fine against red, but I'm already happy with my Circle of Protection: Red.

I said before that Thrill of the Hunt decides most mirror matches. I wanted some cards in my sideboard that could act as additional Thrill of the Hunts. These cards are really good choice in the mirror where equal creature size generally creates trade city. It's also nice that these cards make your Slivers large enough that your opponent will have to play and flashback Thrill of the Hunt to win the war. I know that's just a one-for-one, but it's one Thrill of the Hunt down in the attrition war.

I really enjoy playing decks like this. Lets take it for a test drive. 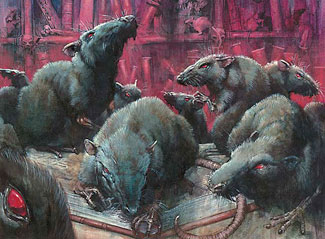 I sideboard in four Obsidian Acolyte and one Prismatic Strands, and side out one Holy Light and four Temporal Isolation. I know he has Ninjas in his deck, so my Temporal Isolations are especially bad here. I'm siding in the extra Strands with the expectation that he, a black deck, will bring in Evincar's Justice.

I sideboard in four Wildsize and one Sudden Strength, take out three Holy Light and two Sidewinder Sliver. On the play I'd probably take out Prismatic Strands over the Sidewinder, but Sidewinder seems to be a liability in the mirror when on the draw. 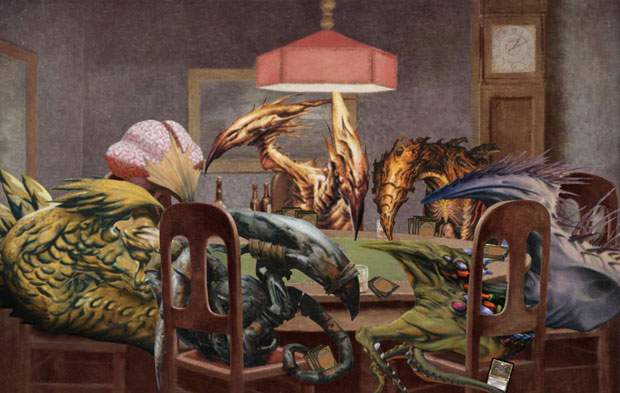 I hope you guys enjoyed my take on Green-White Slivers in Pauper. The deck is extraordinarily powerful and has game against most, if not all, decks in the field. I strongly suggest you give Slivers a whirl if you have the chance.

I'm off to Kyoto for the Pro Tour. Wish me luck!