ello and welcome to another edition of Building on a Budget. For the last two weeks I've tried to help you find the best way to warp the world. This week is Favorite Flavor Week here on magicthegathering.com. I've always been a huge fan of the tribal mechanic. Long before Lorwyn was a whisper I had been playing Elves, Goblins, Slivers, and Merfolk on kitchen tables with my friends. I always loved the concept of tribal mechanics and thought they had excellent flavor. Elves work well with other Elves and Goblins work well with other Goblins. It makes sense on a very intuitive level. Lorwyn brought tribal mechanics to a whole new level, but recently there has been a lot of talk about what tribes might survive after that block rotates out in September. A quick look at the Magic 2010 spoiler will point you in the direction of Soldiers. 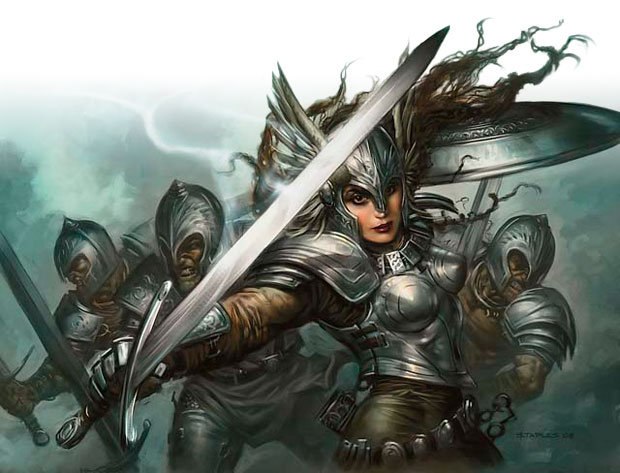 When I first saw Captain of the Watch I looked at its creature type, which seemed like it would be extremely relevant so long as Lorwyn block was Standard legal. Soldier seems like a pretty good creature type when you realize that Preeminent Captain can just put the Captain into play for free.

Many people would probably want to fill this kind of deck up with Spectral Processions and Honor of the Pure, but I want to stick with the Soldier theme and see how powerful the deck can be. I made a few lists in my notebook and ultimately decided that this seemed like a good route to go with the deck.

4 Captain of the Watch
52 Cards

I'll explain each card's purpose in the deck.

Captain of the Watch: Many of you were so excited about this card that you asked me to make a deck with it. I've been extremely happy with this card in testing and I'm confidant that four of this belong in the deck.

Preeminent Captain: This is the sleeper here. You might not be overwhelmed with this card's power level in the abstract, but in this deck Preeminent Captain is just bonkers. The tempo advantage you get when you put a Captain of the Watch, Mirror Entity, or Veteran Armorsmith onto the battlefield is pretty absurd.

Veteran Armorsmith: An obvious four-of in a Soldier-themed deck. A 2/3 for two mana is a fine deal no matter how you cut it. The fact that it makes most of your team survive a Volcanic Fallout or Infest is also extremely relevant.

Veteran Swordsmith: Another obvious inclusion. This type of card really shines against control decks that you want to finish off very quickly.

Ballyrush Banneret: When I typed "Soldier" into Gatherer I was delighted to see one of my favorite fifth to ninth picks from Morningtide draft. Ballyrush Banneret lets this deck get some pretty absurd draws. I like cards like this because they let me keep more hands than usual. If I'm on the play and have a hand with two cards that cost two mana, one card that costs three mana, two cards that cost six mana, and two lands I'm likely to mulligan to a hand that actually has a chance to play its spells. If one of those two drops is a Ballyrush Banneret I can happily keep a hand like that and take the gambit that my opponent will kill the first two-drop I play and not have a high density of removal in hand.

Path to Exile: There should be little question by now as to whether this card deserves a slot in white decks. It's extremely important that our deck has cheap answers to Mistbind Clique, I don't want my opponent to fearlessly timewalk us with four mana 4/4s.

Ethersworn Canonist: This is a nice piece of tech that was brought to my attention by Cedric Phillips. The Elf combo deck has been popping up a lot lately and this seems like a really solid answer. Most of the Elf decks won't be packing any main-deck removal so you should be able to get some free Game 1 wins with your Canonist. You can do a lot more with one spell a turn than they can thanks to Preeminent Captain.

Unmake: Another solid removal spell. I really want more than four spot removal spells so we can clear the way for our Peeminent Captain. I also want to make holes in the opponent's team to attack Ajani Goldmane. We don't have the luxury of playing Ajani ourselves (because of cost restrictions), and that gives other white decks a pretty big edge in the mirror.

Mirror Entity: This is the abosolute stones here. We may not have Ajani Goldmane, but Mirror Entity actually seems better a lot of the time in this deck. If we put a Mirror Entity onto the battlefield off our Preeminent Captain and pump up the team it will probably result in a lot of turn-four wins.

I had some friends over last weekend to help me test the deck. 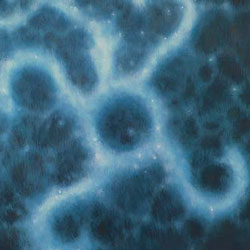 I lose the roll and keep Elite Vanguard, Ballyrush Banneret, Preeminent Captain, Mirror Entity, and three Plains. My opponent plays a Mutavault and passes. I draw a Path to Exile, cast my Elite Vanguard, and pass, and my opponent casts a Bitterblossom. I draw a Veteran Swordsmith, attack for 2, and cast my Ballyrush Banneret. My opponent goes to 17 during his upkeep and passes. I draw another Ballyrush Banneret and attempt to cast it, but my opponent casts a Spellstutter Sprite. I cast my Preeminent Captain and pass. My opponent plays his fourth land, attacks for 2, and passes. During my upkeep he tries a Mistbind Clique, but I cast Path to Exile to prevent the tap-down. I draw a Plains, attack with my team, and put Mirror Entity onto the battlefield with Preeminent Captain. I activate it to pump my team for four. My opponent is forced to chump-block one of my creatures, and he goes to 4. On his turn he goes to 3 from his Bitterblossom, casts a Peppersmoke to kill my Mirror Entity, attacks for 2 again, and passes. I draw a Captain of the Watch. I enter my combat phase, and my opponent taps my team with Cryptic Command. I play my Veteran Swordsmith and pass. My opponent goes to two from his Bitterblossom and scoops up his cards with no way to win. 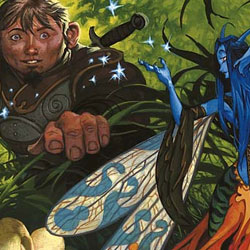 I keep Ballyrush Banneret, Preeminent Captain, Rhox Pikemaster, Unmake, Captain of the Watch, and two Plains. My opponent plays a Secluded Glen untapped, showing me a Bitterblossom. (The untapped land means he probably has a Peppersmoke in hand.) I draw a Veteran Armorsmith, play my land, and pass. My opponent casts his Bitterblossom and passes. I draw a Plains, cast my Veteran Armorsmith, and pass the turn. My opponent goes to 19 during his upkeep and passes. I draw a Path to Exile, attack with my Armorsmith, and cast my Preeminent Captain. My opponent casts a Scion of Oona during my end step. He goes to 16 during his upkeep, attacks for 3, and passes the turn with no fourth land. I draw another Unmake. I attack with both creatures and put a Captain of the Watch into the battlefield. My opponent attempts a second Scion of Oona, and I cast Unmake on the first one. My opponent takes 9 and goes to 7. My opponent draws a fourth land and casts a Sower of Temptation, stealing my Captain of the Watch. On my turn I draw a Plains and cast Unmake on the Scion of Oona and Path to Exile on the Sower. I attack with my team and put Rhox Pikemaster into play, and my opponent concedes. 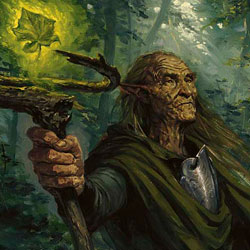 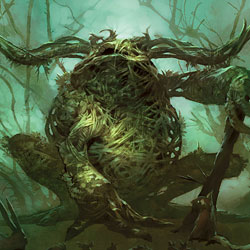 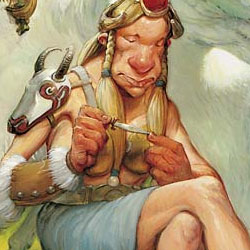 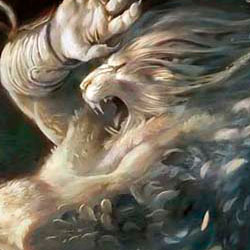 I hope everyone enjoyed my exploration of the Soldier archetype. Shoot me an email or hit the forums and tell me what you'd like me to write about next!

A lot of you have been asking for the "non-budget" versions of my decks. Most decks I make are pretty much exactly how I have them configured originally barring a few lands. This time around, if you want to make the deck on a higher budget, I'd suggest playing a full four Windbrisk Heights, four Mutavaults, some Honor of the Pure, and a few Ajani Goldmane. The decklist would look like this.

2 Honor of the Pure

4 Captain of the Watch
51 Cards