ello and welcome back to another edition of Building on a Budget. I've been working on a new deck for Standard over the past two weeks and I'm excited to share it with you guys today! In fact, I'm so excited about this deck that I plan to bring it to a local PTQ this weekend.

Standard is currently dominated by Delver of Secrets decks and the red-green decks that have a slight edge against them. Control decks struggle to compete in a world where many of the most popular threats provide card advantage along with an aggressive clock. A lot of readers have asked me to write about a control deck for the current Standard. I found myself with a problem. 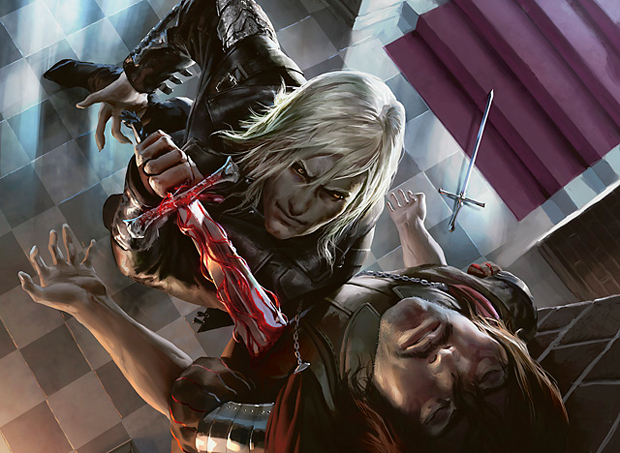 You can use removal spells to survive and prolong the game, but eventually you'll be ground down by Moorland Haunt or undying creatures. Solving this issue leads you down some crazy paths, and most of them end up being dead ends. I tried everything, even Wall of Tanglecord, and I was just about to give up.

Then it hit me! The control deck needs to end the game before it loses to the aggressive deck's inevitability. It sounds crazy. Everything I know about deck construction and Magic theory makes it uncomfortable. Right now, aggressive decks produce too much card advantage and too many diverse threats for control decks to consistently be able to outcard them in a long game.

So I needed to find a way to end the game quickly. It's not an easy task. I can't use a big creature because I'll just lose to Vapor Snag. One of the hardest parts about deck construction in the current Standard is the Snapcaster Mage/Vapor Snag conundrum. You basically lose the game if you cast a creature that costs more than four mana without an enters-the-battlefield trigger and your opponent has a Snapcaster Mage and Vapor Snag in hand.

Our hands are tied. We're going to need to end the game quickly if we're going to build a competitive control deck for Standard. How can we do this?

Sorin's Vengeance is a card that hasn't seen a lot of competitive play. It's hard to cast and doesn't affect the board. In the past, I haven't been a big fan of cards like this. I haven't played a "ten you" since Urza's Rage.

However, now is the perfect time to be "tenning" people. Delver lists are cutting counterspells to be more efficient in the mirror and other decks won't be able to race the double Sorin's Vengeance line of play. Sorin's Vengeance is a bulk rare right now and should be easy to get.

It's hard to reliably draw two copies of Sorin's Vengeance, so we're going to need another way to deal our opponent 10 points of damage. Sorin Markov is the perfect answer. You'll be pleasantly surprised the first time the following happens.

They never see it coming.

Sorin Markov is one of the easiest-to-acquire Planeswalkers legal in Standard right now. It shouldn't be an issue getting four copies of him.

I want to play four copies each of spells that cost six and seven, so my deck needs to be well equipped to ramp its mana very quickly. I thought about including green in the deck, but decided I could ramp just fine with the colorless cards available.

Solemn Simulacrum has become drastically easier to pick up in the past couple months. I haven't had an opportunity to build a deck with this card in some time and I'm happy I'll be able to include it in my newest concoction.

Pristine Talisman does a great job of ramping me while providing valuable defense in a unique form.

Sphere of the Suns functions as a Rampant Growth.

I'm taking the role of the control player, so I'm going to need efficient spot removal and board-sweeping effects. Black Sun's Zenith is the best option available in the current Standard format. By playing a full set of Black Sun's Zenith we make our deck play like it has an endless number of board sweepers. Black Sun's Zenith shuffles itself back into our deck after we cast it, so we'll always have outs when facing down a serious army of creatures.

Go for the Throat is the best spot-removal spell for our deck. Black Birthing Pod decks are doing well on Magic Online and it's only a matter of time before they become more popular in paper Magic. We want our removal to be efficient in the most common matchups. I'll play a few Doom Blades in my sideboard. These can be swapped in for the Go for the Throats when playing against Tempered Steel, an uncommon opponent, and can be added to the deck in matchups where spot removal is most important. I need to accrue card advantage and dig to my "ten" spells with more than just Solemn Simulacrum. I thought about adding blue to the deck for Ponder, but decided to show restraint for the sake of budget and mana issues. I decided that Ichor Wellspring, Mycosynth Wellspring, and Phyrexia's Core would be the best ways to keep my hand full in a mono-black control deck.

Single copies of Curse of Death's Hold and Distress round out the deck.


The deck has a lot of rares, but the whole thing can be acquired pretty easily on Magic Online. I thought about making it more budget, but all the changes I tried making drastically decreased the power of the deck. I'm currently 7–1 with this in heads-up queues on Magic Online, so I figured I'd give you the actual list. This deck is awesome.

I'm going to share a few of the matches I've played on Magic Online. 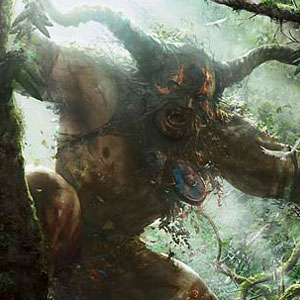 I lost the roll and kept Swamp, Phyrexia's Core, Sphere of the Suns, Solemn Simulacrum, Sorin's Vengeance, Pristine Talisman, and Go for the Throat.

My opponent attacked with everything; I blocked Strangleroot Geist and drew a Swamp, then my opponent cast Huntmaster of the Fells and passed. I drew another Swamp, cast Pristine Talisman, and cast Black Sun's Zenith for 2. My opponent cast Acidic Slime and destroyed my Pristine Talisman, then attacked for 1. I drew Ichor Wellspring, cast Sorin Markov, and used his +2 to destroy Acidic Slime. My opponent cast Primeval Titan and searched up a Kessig Wolf Run and another land, then attacked Sorin for 1 with the Golem and passed the turn. I drew Distress, used Sorin's -3 to make my opponent's life total 10, and cast Sorin's Vengeance for the win. 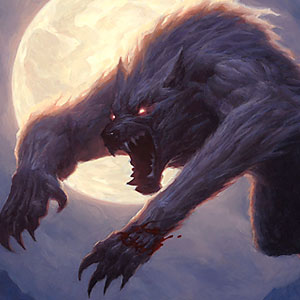 My opponent cast Avacyn's Pilgrim and passed the turn. I drew Doom Blade and played my land. My opponent cast Borderland Ranger and passed. I drew Mycosynth Wellspring, cast it, and searched up a Swamp. My opponent attacked for 2 and cast Huntmaster of the Fells. I drew Phyrexia's Core, played it, and cast Pristine Talisman. My opponent attacked me for 7 and passed the turn with no play, presumably playing around Black Sun's Zenith; I gained a life on my opponent's endstep. On my upkeep, my opponent's Huntmaster flipped; I drew Curse of Death's Hold and cast it, going up to 11 life. 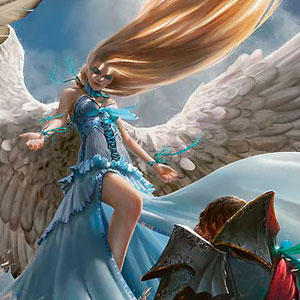 I drew Pristine Talisman and cast Distress. My opponent responded with Restoration Angel then revealed Dismember, Vapor Snag, Mana Leak, Glacial Fortress, and Gut Shot. I took the Mana Leak and cast Pristine Talisman. My opponent attacked for 3, cast Geist of Saint Traft, and passed the turn—I gained another life. I drew a Swamp, played it, and cast Sorin Markov, then used the -3 to make my opponent's life total 10. My opponent attacked, destroying Sorin and dealing me 7. I drew and cast Sorin's Vengeance. The deck has performed very well for me in testing. I strongly recommend putting it together for your Friday Night Magic this week. The major issue with control is the card advantage available via Snapcaster Mage and Strangleroot Geist, but this deck does a very nice job of fixing that by ending the game quickly when it needs to.

Hit the forums with comments or questions! Be sure to tune in next week for an M13 preview.