ello, and welcome to another edition of Building on a Budget. Last week I introduced you to a number of decks built around Necroskitter. I received a lot of emails asking about further development on this deck so i decided to run it back. This week I'd like to further explore our options and do some work on one of the decks we've already created. 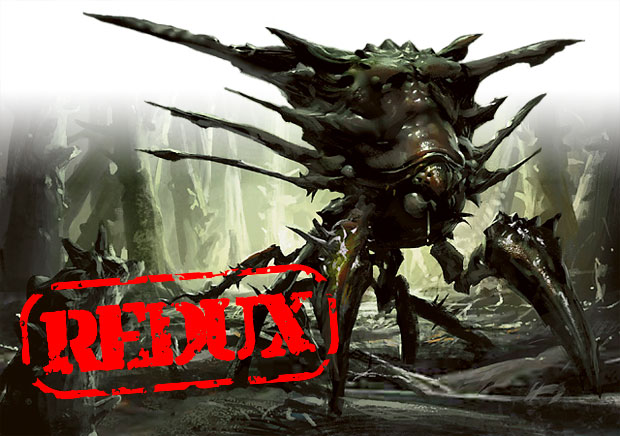 A lot of ideas have been bounced around since last week. Most people have focused their energy on the Blue version, so I'd like to spend this week improving that list. Here's the lowdown if you weren't with us last week.

This list was a very good first go around at the deck. There are a few glaring weaknesses here, though.

Midnight Banshee doesn't seem like it is very good unless you're on the play against Kithkin. That seems too narrow to me. I would, however, like to replace Midnight Banshee with another big finisher.

Shriekmaw was a rock star 90% of the time I drew it. I definitely want to play more this time around.

I wasn't very impressed with Scar. It fit the theme of the deck, but drawing multiples was always frustrating. I could see myself cutting a bunch of these.

A reader in the forums stated, "Makeshift Mannequin seems way to good here ...." I thought about that statement for a while. In some matchups Makeshift Mannequin seemed clunky to me. After more thought, though, I decided the reader was probably right. I'm playing a blue-black deck that is not Faeries and I don't have a Mulldrifter / Shriekmaw / Makeshift Mannequin package. That seems like a crime. It seemed painfully obvious when I thought more and realized that none of these cards are rares. I decided that I needed to make room for the package this time around. 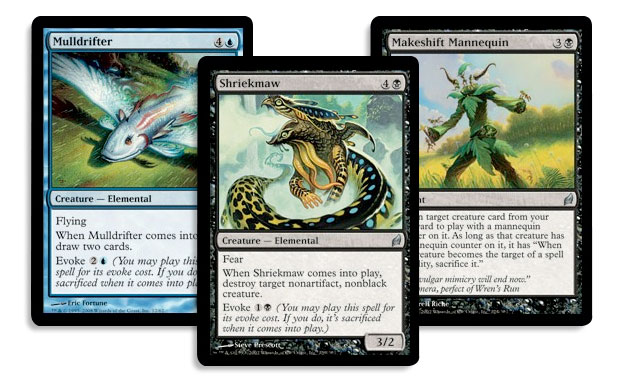 I was also frustrated with the mana base. I had a few games where I couldn't find any blue mana and lost quickly to a Chameleon Colossus that I couldn't Snakeform.

I sat down with a notebook and scribbled down a few lists. I eventually settled on what I believe to be a really elegant build of this deck.

There are so many things I love about this list. I'll start by explaining the changes and what they entail in regards to how the deck plays.

The Shriekmaw / Mulldrifter / Makeshift Mannequin package changes the way the deck works. Before we were essentially trying to play an aggro deck that hoped to make big swings in the late game with Control Magic triggers and Midnight Banshees. The deck has now morphed into a true control deck. The deck has enough card advantage now that games become harder and harder to lose as they progress. Dusk Urchins was a good source of card draw when the deck lacked Makeshift Mannequin. After adding Makeshift Mannequin I kept wishing that my Dusk Urchins were Mulldrifters. I did the logical thing here and simply changed the Dusk Urchins to Mulldrifters. This change alone greatly increased the efficiency of the deck. Waiting a few turns for the extra cards granted by Dusk Urchins seems so cavemanish compared to drawing them right away with Mulldrifter.

That is not to say that Dusk Urchins isn't a very strong card. I think the card still carries its weight in the Jund version of this deck and could be a good source of card advantage for red-based aggressive decks when nationals rolls around (depending on how much good burn is printed in Magic 2010).

Adding Oona, Queen of the Fae also seemed like a very strong improvement. Games against Faeries seemed unwinnable before. The matchup is still very rough, but the addition of Makeshift Mannequin and Oona have definitely made it far from a bye for them. I'd like to talk about Oona for a moment: I strongly believe that Oona is one of the best finishers for a control deck that has ever been printed. I promise that a Standard lacking Vivid lands would have a lot of this card running around. Depending on metagame shifts in the near future I might even advise running Oona over at least one copy of Broodmate Dragon in Five-Color Control lists. Resolving this spell is simply game over against a huge percentage of decks in Standard. That's extraordinary. I decided to only run a pair of the big finisher this time around. Last week's deck ended up with a pair of Midnight Banshees stuck in hand a good number of times. This week I decided to minimize that occurrence by cutting the number of Fatty Boom Booms. I added better draw this time around, so I shouldn't have a problem drawing into one. Also, I have Makeshift Mannequins now, so if my big friend hits the bin, my opponent needs to play around it coming right back into the thick of things at instant speed.

The addition of the Borderposts seems pretty obvious. Their presence was very missed last week.

I changed the sideboard to a configuration that seems a lot better given what people have been playing lately.

I put the deck together on Magic Online and got into an eight-player Constructed Event. 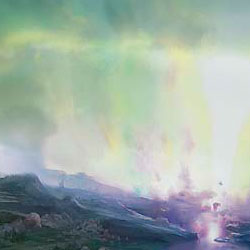 I expect most modern lists will bring in Chameleon Colossus, and I want to make sure I have an answer when I need one. 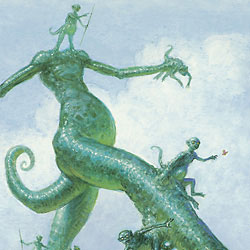 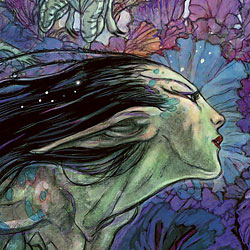 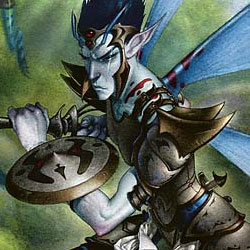 The new version of the Necroskitter deck is a clear improvement in my eyes. I'm happy you guys gave me a chance to work on this deck again, and I hope you like the changes I've made.

Last week someone posted a Necroskitter list that was played by Conley Woods (Pro Tour–Honolulu Top 8 Competitor) at Grand Prix–Seattle:

This list looks like a really strong non-budget Necroskitter deck. Like all the decks we've worked on, this list struggles with Faeries in Game 1. Luckily, in Games 2 and 3, this list has a lot of game against the Fae. I like decks like this because they make people play outside their comfort zones. Conley is clearly a talented rogue deck designer ,and I think this list should be taken very seriously by PTQ players. Take it for a test drive. I've played some games with the deck, and I know it's good enough for competitive play.