The Specter of Change

he new Standard is here, and a metagame is shaping up. I've tested a lot this past week, and I think I have the next big deck. I have always been a big fan of Sedraxis Specter. The Shards of Alara rare hasn't really gotten to see its full potential in Standard because cards like Bitterblossom and Spectral Procession were clogging up the air. Bitterblossom and Spectral Procession have gone away, though, and Sedraxis Specter hasn't looked this good since Shards of Alara Block Constructed. I've been having trouble with mana bases since Lorwyn has rotated, and I feel like Ancient Ziggurat is a good place to start if I want to have a smooth four- or five-color deck. Our deck will have to rely heavily on its creature base, but I'm sure this won't be too much of an issue. I wanted to design a deck that won long games through a good deal of card advantage and had the ability to put its opponents on very aggressive clocks.

Cascade is one of the most powerful mechanics in a long time. I feel like this deck really needs to be playing Bloodbraid Elf. Cascading into a Blightning off Bloodbraid Elf is certainly one of the best things you can do in Standard right now. One of my favorite parts about Sedraxis Specter is its ability to re-Blightning an opponent. For example, if your opponent casts a Blightning of his or her own, you discard Sedraxis Specter and another card. Your opponent used one card to take two cards and deal you 3 damage. Then you untap, unearth your Sedraxis Specter, and attack. Your opponent loses another card and takes the same 3 damage. Now you're even, and your opponent had to spend extra mana.

Another card that caught my attention when going through my binders was Hypnotic Specter. The old-school powerhouse proved to be good enough for new Standard. I checked the price on this guy and was surprised to see how little you have to shell out to pick some of these up.

I'm going to explain each of the cards in the list and give you a feel for my new baby.

Madrush Cyclops: This is a card I've wanted to play with for awhile. I feel like this deck will be better equipped for the Cyclops than others. Madrush Cyclops is an incredible four-drop by itself, and this one-eyed monster gets especially exciting when you put it in a deck that packs a bunch of Specters that can rip apart your opponent's hand in all sorts of hasty glory.

Putrid Leech: I've already said a lot about this creature. It's probably the best two-mana creature available in Standard. It works incredibly well when you are the aggro or when you are on your heels. Trying to race Putrid Leech is like trying to beat Michael Phelps in the 400-meter butterfly. It also becomes incredibly difficult for your opponent to attack when you have a 4/4 staring them down.

Hypnotic Specter: When testing the deck, I really just wanted more than four Sedraxis Specter. Hypnotic Specter isn't quite as powerful, but it works well as a threat that your opponent has to deal with. Did I mention that no one is playing any flyers?

Sprouting Thrinax: Another of my favorite cards. Even without Torrent of Souls to make it truly sick, Sprouting Thrinax is still one of the best things we can do for three mana. And because we are playing with Bloodbraid Elf, I want to maximize the chance that we hit an incredible three-drop.

Bloodbraid Elf: I've probably said it over a thousand times now. This is the best card in Standard. There is nothing I want to do more than play a Bloodbraid Elf on my fourth turn.

Blightning: This is one of those cards that I try to jam into any deck I make. I have a really hard time believing that this card is real sometimes. It actually does everything. It works as disruption and as card advantage, and it actually kills your opponent. Do yourself a favor and play four.

Lightning Bolt: Here's a nice one. Again, I don't need to make a case for one of the best red cards ever printed. It's in the deck. Yes, there are four. No, there is not a better option.

Terminate: I used to prefer Doom Blade to Terminate, because Burrenton Forge-Tender was exceptionally good at ruining a fine day. With Forge-Tender moving off to Extended-land, Terminate becomes a lot more attractive again. I like this card over Doomblade because it can kill all these obnoxious vampires that keep trying to suck my blood. The extra mana requirement shouldn't be too big of a deal.

Burst Lightning: I really like this card. It ends up in just about every deck I put together these days. I really like instant speed burn. This card does everything I want it to. In the early game it is just as efficient as shock always has been. As the game progresses it becomes a very real threat to my opponent's life total. Most opponents will be forced into making bad blocks or trades to prevent themselves from getting to a low life total. This card is clutch.

Ancient Ziggurat: I wish I could play seven of these in this deck. It would solve all of my mana problems in a snap. I've always been a big fan of this card, and I imagine I'll be playing a lot with this card over the coming months.

Crumbling Necropolis, Savage Lands, Akoum Refuge: My mana is still pretty shaky even with the Ancient Ziggurats. The Shards of Alara tri-lands and Zendikar's Akoum Refuge do a very good job of solving that problem.

Here's how the deck looks after I put it all together.

If your local metagame is clogged up with White Weenie decks, you should probably play a list that looks more like this.

The shops in my area are currently packed with Jund decks, so I decided to play with the first list. I brought the deck to my local shop and played some games with it: 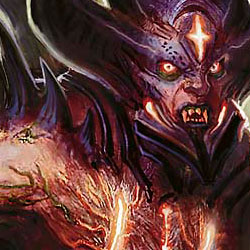 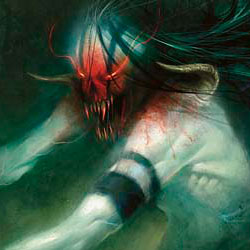 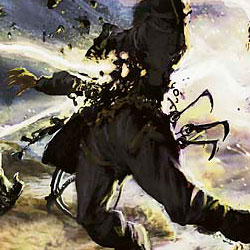 Things went really well for me this week. I feel like this deck is definitely tier one material. I didn't include a sideboard because the metagame is still open enough that sideboards will probably have a lot to do with your local metagame. I would definitely have some combination of Pyroclasm and Volcanic Fallout in the sideboard, though. I fear White Weenie may be a difficult matchup. Conqueror's Pledge seems very difficult for this deck to beat. I'm not sure if it fits, but I think there may be room for Caldera Hellion or Magma Pheonix in this deck. This deck is very easy to build if you drafted Shards of Alara block much, so it shouldn't be difficult to put together. If I wasn't on a budget, I imagine the list would remain almost the same. Perhaps I would add two or three fetch lands, but I don't think they're necessary. Give this one a whirl—I'm sure you will be very impressed with the results.