few weeks ago I had the pleasure of previewing Curse of Stalked Prey, an interesting new enchantment from Innistrad. This past week I received an email from a reader who has discovered what is probably the best way to abuse the new enchantment.

Equipping an Invisible Stalker with a Sword (say, Sword of Feast and Famine) was one of the most talked-about interactions for Constructed with Innistrad. Nowadays, everyone is well prepared to deal with Swords. Ancient Grudge has become commonplace, and it's difficult to gain an edge when your strategy is dependent on a card that your opponent wants you to play.

Curse of Stalked Prey solves that issue quite handily. I don't see any enchantment removal in people's main decks or sideboards. Perhaps there's a one-of Naturalize here or there, but it's certainly not like the days when everyone had Nature's Claim in their sideboard.

Invisible Stalker is still the best two-drop to have with a Curse of Stalked Prey. Most decks have no answer to a growing unblockable guy with hexproof. I've had some games where my opponent has had a Black Sun's Zenith in hand and, despite hitting all their land drops, they were always a turn behind being able to kill the Invisible Stalker. They didn't want to waste the Zenith early just to shrink my guy, but by the time they were forced to do so, they had to tap out at a late stage in the game and get destroyed by a Falkenrath Marauders.

Bloodcrazed Neonate is another two-drop that combos nicely with Thrummingbird and our other proliferate cards. If you're able to acquire Stromkirk Noble then I would recommend playing it in this slot over the more expensive Vampire. Stromkirk Noble has become a very sought-after rare, so they can be hard to come by. The card is a big upgrade, though, so if this deck appeals to you then I would try to acquire a playset.

Falkenrath Marauders hasn't been talked about a lot. These guys close games very quickly. It's a card that demands a removal spell immediately. It also combos nicely with our proliferate shenanigans. These gentlemen are the cleanup crew.

Neurok Commando is a very real card that I expect to see make an impact on Constructed before it rotates out of Standard. It's untargetable, which makes it a huge beating against decks that don't play creatures. Unfortunately, most decks play a good number of guys these days, so I don't want to play more than two of these, because draws with multiple Commandos can be clunky.

Volt Charge was practically designed for this deck. The proliferate mechanic increases the number of +1/+1 counters on our creatures, and having a removal spell to clear the way for a Neurok Commando or Bloodcrazed Neonate can be very important. A lot of the time you have an Invisible Stalker and Curse of Stalked Prey, but your opponent has a fast start and is able to race you. Playing a good amount of spot removal makes your deck very difficult to race with. It also helps when the spot removal speeds up your clock in the process. Speaking of speeding up the clock, a lot of the time it's correct to dome someone with a Volt Charge and get an extra +1/+1 counter on the Invisible Stalker. Just do some quick math and you can see whether casting a Volt Charge on your opponent changes the race math in a way that makes you win the game a turn or two faster. 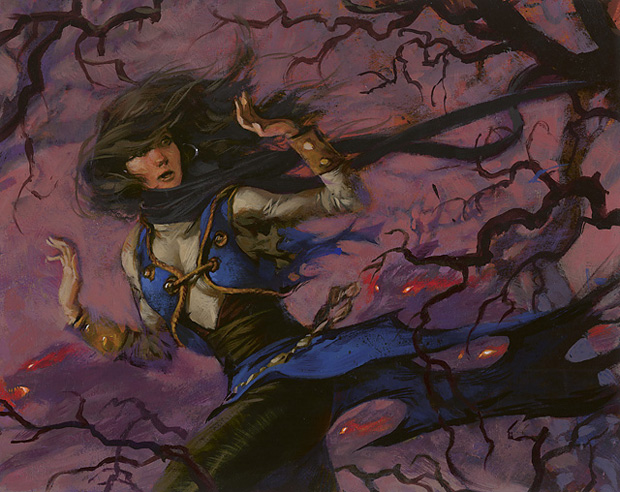 Curse of Stalked Prey is the key card in this deck. If we draw this, then the deck is very difficult to lose with. Unfortunately, when we don't draw the enchantment, we're often left with underpowered cards. We want to play four copies of Curse of Stalked Prey to maximize our chances of drawing it. We'll also play some library manipulation and card draw to help further increase our chances of finding the key enchantment.

Ponder is the best library manipulation card in Standard. Having a turn-one Ponder will greatly increase your chances of having a Curse of Stalked Prey for the third or fourth turn. Ponder also helps the deck find key cards at the right moment. Did your opponent finally stabilize with a Day of Judgment? Go fishing for a Falkenrath Marauder and force your opponent to find another removal spell. A lot of the time you're using Ponder to dig for a Negate or Mana Leak when you have control of the game and want to use countermagic to prevent any haymakers from ruining your day.

I said it last week, but I don't mind saying it again: Geistflame is a very real card. Even the control decks have targets these days. Geistflame lets us find card and tempo advantages in places that we probably wouldn't look. A lot of the time that single point of damage can close a game. Opponents will be careful not to fall below 4 life against a deck with red cards, but using a Geistflame to put them on the magic number is often something they cannot afford to use a card to stop. It's also important to note how strong this card is against Inkmoth Nexus.

Tezzeret's Gambit is another card that fits this strategy very well. Drawing cards is always good, but drawing cards and pumping up your team is even better.

I finished off the deck with a healthy dose of countermagic. Four Mana Leaks and two Negates should be enough to ensure that we've found a counterspell by the time our opponent has found a sweeper to deal with our Invisible Stalker.

I included a playset of Sulfur Falls to make sure the mana works out, but you can replace them with two Islands and two Mountains if you're unable to acquire the rare land from Innistrad.

Here's the decklist once I put it all together.

The sideboard is pretty rough, but Shrine of Burning Rage is really incredible in post-sideboard games when no one has any way to interact with it. I've begun including these in the sideboard of my Burning Vengeance decks. A reader, Bjorn, suggested that I try this card in a deck like this. It's been incredibly impressive.

Magic Online is Innistrad-ready now, and I'm happy to bring back game reports. I've had a chance to play two matches with this deck and I'd like to share them with you! 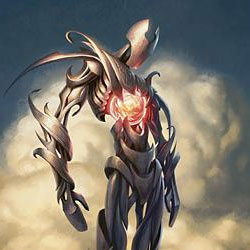 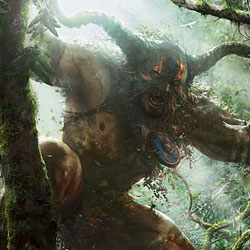 After that my opponent cast a Primeval Titan, and I knew I was going to win. I cast Volt Charge targeting my opponent, doubly charging both Shrines, and was able to kill my opponent with the Shrine activations. 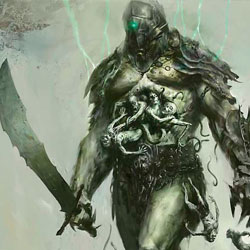 I mulliganed two hands that were very Thrummingbird-dependent and ended up with a bad draw that didn't pan out well. I lost without doing much.

I hope you all enjoyed this new take on Curse of Stalked Prey. Remember to hit the forums or shoot me an email with any ideas or feedback.