tandard has become an interesting animal. It might seem like every major deck is playing a stack of mythic rares, but there are some budget-friendly decks worth getting excited about. For example, I was sifting through the top performing Standard lists of Pro Tour Paris, and I found this gem:

I first heard about this deck from Daily MTG's very own Steve Sadin. I was stuck in the Detroit airport for a few hours and decided to give my old buddy a call. Steve was quick to explain that he was working on a Tempered Steel deck for the Pro Tour, and I couldn't help but get excited about the deck. On paper, it's a turn-four aggro deck. A turn-four kill is incredibly fast for a format like Standard. I was convinced of the deck's power within minutes of hearing the list.

Fast forward to the present. 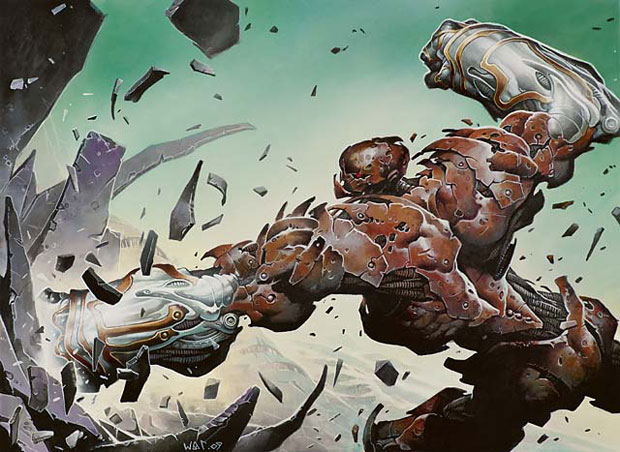 A lot went wrong for the team running this deck at Pro Tour Paris, but the biggest problem for the Standard Tempered Steel deck may have been the success of Kuldotha Red at the StarCityGames.com Standard Open in Indianapolis:

This deck is very different from the Tempered Steel deck played by Sam Black, but Kuldotha Red's success may have put the Tempered Steel deck in an awkward spot leading up to the Pro Tour. You see, cards like Ratchet Bomb, Slagstorm, Black Sun's Zenith, and Pyroclasm were not in most people's main decks before the rise of Kuldotha Red. After Indy, all of these answers became must-have tools for Pro Tour competitors who were looking to keep up with the blazingly fast red token deck.

Things have changed since the Pro Tour. Nowadays, everyone is back on Jace, the Mind Sculptor plans. Smart players are tuning their decks to deal with control mirrors. This gives us a great opportunity to attack the metagame with the most aggressive list we can muster.

Sam chose to splash blue off Mox Opal and Seachrome Coast. He padded his splash in the sideboard with a Glacial Fortress, an extra Mox Opal, and a few Islands. Spell Pierce is the most impressive counter available, but I still have a hard time believing that the blue splash is necessary. I could make the deck a lot more budget-friendly by cutting the second color and sticking to a mono-white plan.

Myr Sire seems great to me in this type of deck. It gives the deck more resistance against board sweeping effects, and it's significantly easier to acquire than Phyrexian Revoker. I'm going to go ahead and play with Myr Sire.

Glint Hawk Idol may seem a bit awkward, but it puts your opponent in a very rough spot, especially if he or she is relying too heavily on sorcery-speed removal. Glint Hawk Idol attacks for a lot of damage when you have a Tempered Steel on the battlefield. Having Glint Hawk Idol and Myr Sire gives you draws where Day of Judgment can be laughed off. They cast Day of Judgment, you swing back for 7 the next turn. Seems fair.

Most of the creatures here are necessary to satisfy the deck's mana curve. Cards like Vector Asp may seem awkward, but having more one-mana artifact creatures is absolutely necessary to your plan.

Mox Opal can be difficult to acquire, so I'm going to go ahead and cut those from the deck. If you're lucky enough to have some Mox Opals from booster packs or trading, then I would go ahead and cut two Plains and a Myr Sire for three copies. The Mox Opals aren't completely necessary to the deck's functioning, but they do increase the power of your best draws.

Building a sideboard for a deck like this may seem like a lesson in loose wiring, but I feel like we have a lot of options. For example, there are a good number of decks that simply lose to an Argentum Armor that has been cheated into play. This sect of decks is especially strong against our type of strategy. We're already playing a great number of the tools necessary to building some Argentum Armor. All this deck needs is a playset of Quest for the Holy Relic and a couple Argentum Armors, and suddenly the deck has a very scary plan B.

Here's the sideboard I'd like to bring to the table:

I played a few games with the deck to make sure it had the speed we're looking for. 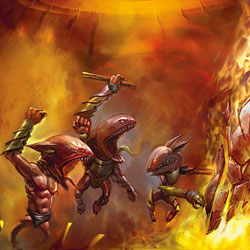 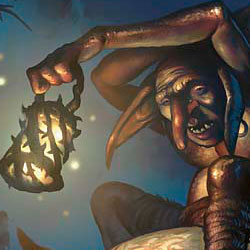 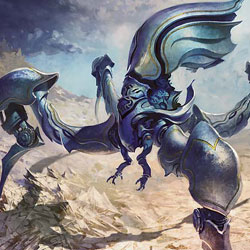 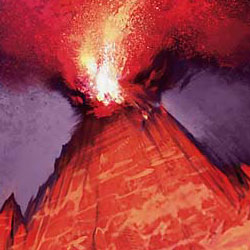 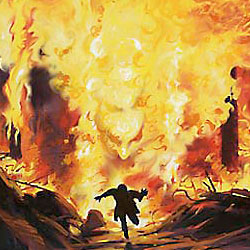 This deck is certainly competitive enough for the modern Standard metagame. It pushes the limit of aggro without folding to cards like Ratchet Bomb. If you've grown bored of the same old decks in Standard or you just prefer to play aggressive creature strategies, then this may be the right deck for you. Be sure to hit the forums or shoot me an email with any comments or feedback.