've got a really exciting and Johnny-riffic Pauper deck to share with you this week. Before I get to that, though, I want to start by apologizing for last week's article. I had good intentions. I thought the deck was a budget alternative in Standard. One comment really rang through in the forums for me. A reader brought it to my attention that the deck is significantly weaker than a nearly identical list that runs Cryptic Command. I didn't know the addition of Cryptic Command would change the deck so dramatically. I played a few games with the deck after adding Cryptic Command and the deck was astronomically better.

My biggest goal when I took over this column was to create fun, original, and powerful decks without spending too much. You (the reader) deserve much better than a budget version of a popular pet deck. It's one thing to replace Cryptic Commands with other Counterspells in a control deck that plans to use it as a Counterspell 90% of the time. In the Grinding deck, the Command is an extremely important survival tool against the midrange decks. I don't want this column to provide bad deck lists of known decks.

This week I'd like to talk to you about my new favorite deck. 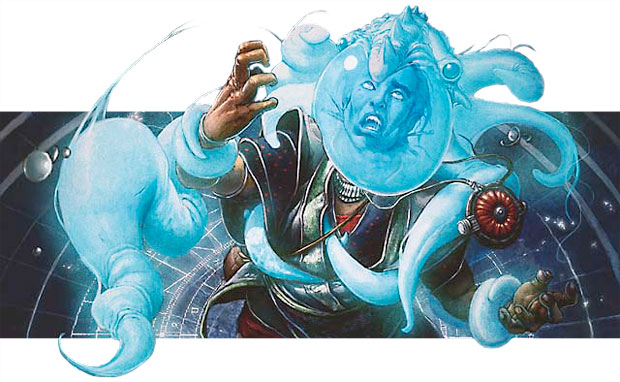 Earlier this week I received an email from a reader that contained a Pauper deck list. The deck has a number of Arcane spells with Psychic Puppetry. The deck plays Ravnica bounce lands in conjunction with Fertile Ground and Dawn's Reflection. The plan is to enchant a land with multiple enchantments and begin cycling through your deck with card draw spells. While you sift through your deck you splice Psychic Puppetry onto your Arcane spells and generate enough mana to play an absurd amount of card draw. Once you draw a Grapeshot you cast spells until your storm count gets to 20 and then you fire a 20-point Grapeshot at your opponent. You can even use your Psychic Puppetry to tap down your opponent and prevent shenanigans like Prismatic Strands.

Fertile Ground and Dawn's Reflection: I want to enchant one land with as many of these as I can. Once I start "going off" I will be tapping the land for a lot of mana and untapping it repeatedly with a spliced Psychic Puppetry.

Psychic Puppetry: This allows me to generate enough mana to play all my spells.

Deep Analysis: Additional card draw is important. Deep Analysis is one of the best card-draw spells available in the format. It's especially strong because it can be discarded on the draw when you play a turn two Karoo.

Moment's Peace: Who likes surviving long enough to actually win? I do! I do!

Grapeshot: The deck plays enough spells on its key turn to sling Grapeshots for 30 plus damage on a somewhat regular basis.

Simic Growth Chamber: Karoo lands are always great, but they're especially strong in this deck. It's like a land that comes with a free Fertile Ground.

Terramorphic Expanse: Probably the best fixer in the format. Expanse is incredibly strong with Brainstorm because it can shuffle away two unnecessary cards.

The deck is pretty elegant on paper.

For testing purposes I'm going to make a quick sideboard:

This sideboard is a bit rough, but it solves most of our problems.

The deck looks like it would be very strong against aggressive decks like Green-White Slivers and White Weenie. It looks like it would struggle with the more dedicated Grapeshot decks when they drew well. This deck is capable of turn-four kills, the selling point of this kind of strategy over normal storm is its resistance to hate and its consistency. The deck will rarely fizzle if you wait until the right moment.

I played in some Pauper tournaments on Magic Online to test the deck out.

Round 1 vs. White Weenie 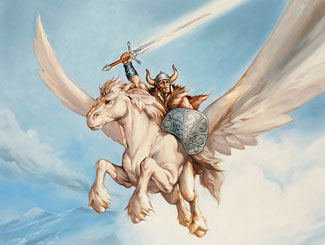 I can easily go off here, but I'd be asking to have Prismatic Strands blow me out. Instead I play a land and cast a Deep Analysis, find a Moment's Peace, and pass the turn. I Moment's Peace during my opponent's combat step, and he passes back. I draw a Peer Through Depths and pass. I cast Moment's Peace during his combat step again and use my Peer Through Depths to splice the Psychic Puppetry and tap one of his lands. I use it again and tap another land and prevent him from having three mana open on my turn. On my turn I draw another Fertile Ground. I play it on my Simic Growth Chamber, cast Ideas Unbound and splice my Puppetry to untap the Growth Chamber. I start generating huge amounts of mana by untapping the land and tapping it for mana again. I draw through the majority of my library with my card draw spells and I find a pair of Grapeshots to safely finish the game. 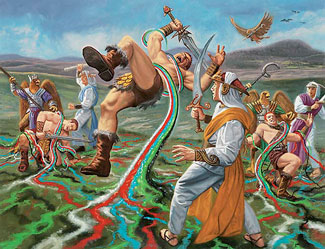 I keep Island, Terramorphic Expanse, Fertile Ground, Dawn's Reflection, Ideas Unbound, Ponder, and Reach Through Mists. My opponent plays a land and a Soltari Foot Soldier. I draw an Island, play my Expanse and pass. My opponent plays a two drop and attacks. I get a forest, draw a Moment's Peace for my turn, play my Fertile Ground on my Island and pass. My opponent attacks and plays another creature before passing. On my turn I draw a Psychic Puppetry and tap out again for my Dawn's Reflection on the Island. My opponent attacks and passes with three lands open. I draw a Reach Through Mists and start going through my library, my opponent plays a Prismatic Strands naming red. I continue to sift through my library and add mana to my mana pool. Eventually I draw Flaring Pain and a Grapeshot. I play the Flaring Pain and Grapeshot my opponent for a huge amount of damage.

Match Overview: This seems to be the easiest match now that I've worked out the kinks. Even if my opponent had a Benevolent Unicorn in play I could have just continued to draw cards until I found my Echoing Truth. There's little a white weenie opponent can do against this deck, especially post sideboard. 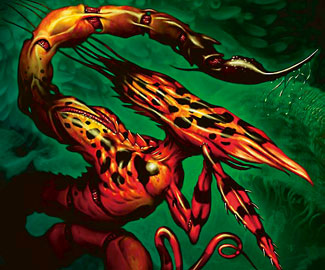 Sideboarding: I take out one Dawn's Reflection and one Reach Through Mists and bring in the Flaring Pain to deal with Prismatic Strands and the fourth Moment's Peace.

I keep the same sideboard plan for Game 3. 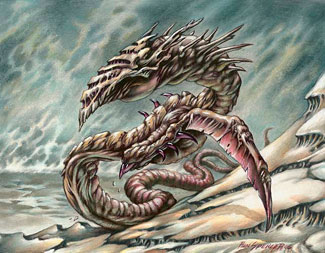 Match Overview: Slivers is very fast. It's important that we draw a Moment's Peace here. A single copy of our double fog will usually give us enough time to win the game. Don't be afraid to aggressively find a copy of Moment's Peace with Peer Through Depths, Ponder, or Brainstorm.

Round 3 vs. Momentary Blink 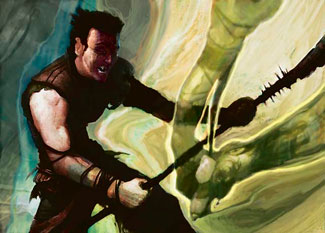 Sideboarding: I take out three Moment's Peace and Bring in two Echoing Truth and the Flaring Pain. 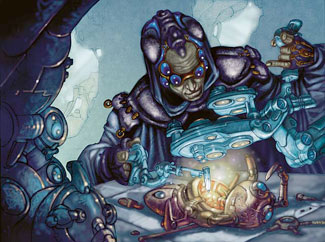 I keep Island, Island, Forest, Fertile Ground, Deep Analysis, Psychic Puppetry, Ideas Unbound. He just plays a land on the first two turns. I draw into another Deep Analysis and a Peer Through Depths and enchant my Island with the Fertile Ground. My opponent plays Aven Riftwatcher on his third turn. I draw Dawn's Reflection and Enchant my Island. My opponent plays a Blind Hunter. I draw what seems to be the best card possible in the form of another Ideas Unbound. I play Ideas Unbound and splice the Puppetry. I draw into another Fertile Ground, which I play on my Island. I draw through the majority of my deck and play a pair of Grapeshots for the win.

This deck is extremely exciting and very powerful. It cost less than 10 tickets to build on Magic Online and is very capable of winning tournaments. I hope all of you are willing to give this one a try. It's worth the time and effort.