hen evaluating new cards, it's often difficult to put a card into context. New Phyrexia introduces a pair of creatures that remind me a lot of one of my favorite instants ever printed, Hatred. Immolating Souleater and Moltensteel Dragon allow us to trade life for power. This is a lot more powerful than it might seem on the surface. Both creatures represent a lethal swing on their own when used in conjunction with Tainted Strike, Fling, or Assault Strobe. Tainted Strike is especially nice because it lets us ignore obnoxious life-gain spells. 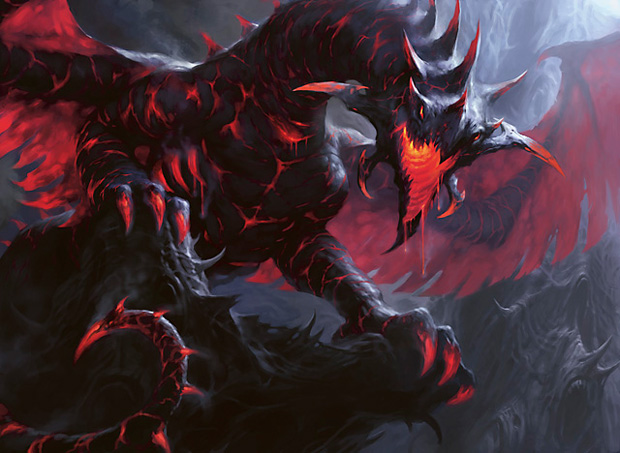 Immolating Souleater is unique in that it's the first creature in Magic that costs two mana and can naturally attack for 10 damage the first time it gets into the red zone. That's a very dangerous piece of scrapmetal! I'm sure that this card will have what it takes to become a staple of red decks at some point in time. I wouldn't hate a 1/1 with regular firebreathing for two mana, and this guy ensures that your opponents will never ever tap their mana most efficiently. If they do tap out when staring at an upside-down Immolating Souleater, then they're almost assuredly going to take a lot of damage unless they have a Gideon Jura or Kor Firewalker.

I've seen a lot of aggressive red decks lately that have attempted to incorporate the combination of Immolating Souleater with Fling and/or Assault Strobe. However, I haven't seen anyone attempt to build a version of the deck that is more combo-driven and less worried about having a plan B.

Is it risky? Yes, it most certainly is. In fact, we're setting ourselves up to be blown out by any number of instant-speed spot-removal spells. I'm not planning on ignoring that possibility, though. Playing black for Tainted Strike gives us access to a whole array of discard spells that allow us to combo people without fear of spot removal.

Despise is an excellent discard spell, but in this type of strategy we're looking to deal with spot removal spells via discard; our deck should be playing enough cheap spot removal of its own to not worry about the blockers our opponent might have an opportunity to play. As a result, I've decided to play Inquisition of Kozilek and Duress. Inquisition of Kozilek has risen a great deal in demand and it may be difficult to trade for. I wouldn't replace the Inquisitions with Despise, though; if you absolutely must find a replacement I would suggest playing some copies of Burst Lightning (and cutting a Swamp for another Mountain).

I don't like playing more than seven discard spells in any deck, and I feel like Duress is better for us than Inquisition of Kozilek against everything except Caw-Blade and Valakut. I'm going to go ahead and play a 4/3 split in favor of Duress.

After the first few games with the archetype I realized that I wanted a couple extra copies of Immolating Souleater or Moltensteel Dragon. Unfortunately, there aren't any more cards with firebreathing for Phyrexian mana. Instead, I decided to take a lesson from Anthony Eason and try a couple of Death's Shadow and a singleton copy of Hex Parasite. The Death's Shadow will have enough power to close a game with a Fling, Assault Strobe, or Tainted Strike as soon as I find a copy of Hex Parasite, Immolating Souleater, or Moltensteel Dragon. A lot of time, it's nice to attack with two creatures that have 10 or more power. After a single game where I lost to a spot removal spell with a Hex Parasite on the table I was quick to swap it out in favor of a Spellskite.

I really enjoy building removal packages. Knowing what removal is correct on a certain day and knowing what numbers to play of each spell is a very important decision when putting together your deck before a tournament. Lightning Bolt is an obviously powerful spell and I'm going to include a playset of those no matter what anyone tells me. I prefer Go for the Throat over Doom Blade, but I want to make sure I have enough spells that kill on-board fatties and deal with Spellskites.

Speaking of Spellskite, that card is very bad for us. Our opponent can simply pay 2 life and redirect our Fling, Tainted Strike, or Assault Strobe to the weebly and wobbly adorable little Horror.

I want at least four spells that kill a Spellskite in the main deck and I'm sure I'll include a few more copies in the sideboard. I like Flame Slash because it's a fine way to deal with Batterskull when combined with a Tainted Strike, and I don't want to overload the deck with too many mana-intensive cards.

The mana for a deck like this is pretty good. Blackcleave Cliffs are relatively easy to acquire through trading right now. A lot of people get scared by the prospect of trading for rare lands, but having them in your collection is always a good thing. Akoum Refuge fits this deck's overall strategy nicely, so I'll go ahead and include a few of those also.

Once I go ahead and crunch all the numbers the deck looks like this:


It's hard to build a sideboard for a deck that's so dedicated to achieving a very specific goal, but there are a few things we need to worry about. The biggest problem for a deck like ours is spot removal, and people are probably going to go ahead and stock up on artifact removal like Divine Offering alongside cards like Condemn. The discard spells are fine, but I'd like a little more insurance if our opponents are going to have a lot more interactive cards.

Apostle's Blessing may seem a little clunky, but it does exactly what we need it to. The 2 life is actually a very scary cost, so I've gone ahead and included a little extra burn in the sideboard to help finish people off when we don't have enough life to finish them off.

I'm still not sure if I want Shatter or Crush. I like that Shatter doubles as an answer to Spellskite, but Crush only costs one and that one mana may be the difference between whether or not we're able to cast a Fling or Tainted Strike to seal the deal.

I wanted a card that might give us a chance against decks like Vampires or Mono-Red when we aren't able to combo them right away. Vampire Nighthawk seemed to fill this role nicely. Here's the sideboard I decided to play with.

I played a few matches with the deck to see how it fared against what's popular in the current Standard format. 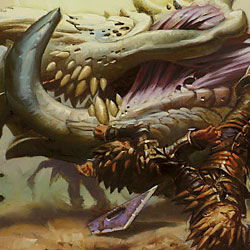 If you're looking for a deck capable of very fast wins, then you've come to the right place. 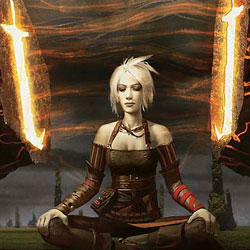 I've played a few matches against Cawblade and it feels like the matchup is pretty even, if not slightly favorable for them. This deck is very capable of stealing wins when it needs to, though. 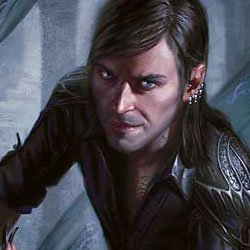 Aggressive decks that play a lot of instant-speed burn are often the most difficult decks to beat with an experimental creature based combo. This deck is particularly weak against red-based aggro decks because it uses life as a resource. 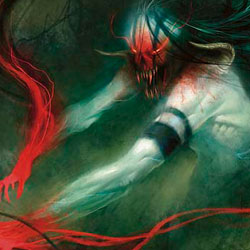 A Suicide Phyrexian deck has what it takes to compete with the combo and control decks of the format. Unfortunately, I'm not sure if this archetype is up to the challenge of Standard's more aggressive strategies. I'd love to see how you would build this type of deck. Hit the forums or shoot me an email with questions, comments, or suggestions.