efore the break, I talked about a rogue strategy for the current Standard that used Runeflare Trap to deal huge amounts of damage to my opponent. This week I'd like to talk about Extended again. The PTQ season is approaching fast and I would like to make sure all of you have powerful decks that don't cost a lot to build. 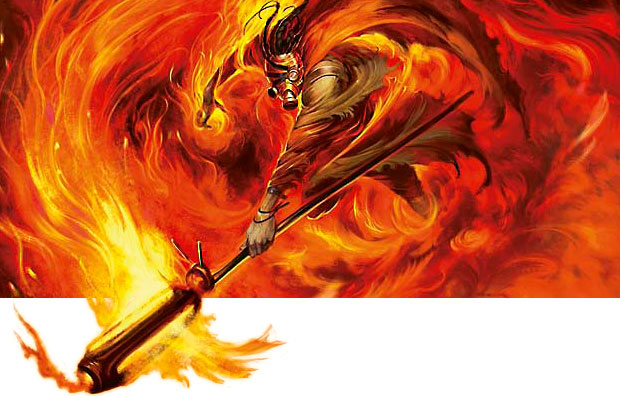 I spoke with Brad Nelson a few nights ago and we got to talking about Extended. One of the decks that we talked a great deal about was a blue-red storm deck that killed with Grapeshot and Pyromancer's Swath. Brad started going on about how good Perilous Research and Hatching Plans were together. The more we talked about the deck, the more budget-friendly it looked. I decided this would be a perfect introduction to the new Extended season.

I'll start by talking about what cards we need to consider when building the deck.

Grapeshot: This is probably our best plan for Game 1. We can easily ramp to a high storm count and kill opponents very early by combining this with Pyromancer's Swath.

Rite of Flame: Probably one of the most powerful cards in Extended right now. I would be a fool not to run four of this in the deck.

Lotus Bloom: Lotus Bloom has become the norm in Extended storm decks. Brad and I were worried that Lotus Bloom may not work out well with Perilous Research and Hatching Plans. I'll probably play with these, but I can see the possibility of wanting a replacement.

Desperate Ritual: This or Lotus Bloom will take the spot as my third ritual.

Perilous Research: Works very well with Hatching Plans and does quite well on its own too.

Remand: A deck like this loves to cantrip. Slowing down my opponent a bit is also quite nice.

Ponder: This card was made for combo decks. I couldn't possibly see a world where this card didn't make the cut.

Empty the Warrens: The old-school Time Spiral Standard version of the storm deck played a bunch of Empty the Warrens as a kill condition. I doubt I will have room for this in the main, but I imagine this could be a very good sideboard plan.

I played a few matches with this list and was really impressed by the deck. Lotus Bloom seemed to be the weakest link. It was really frustrating when I drew into it on a combo turn and needed any spell to have enough storm. Mana never really seemed to be an issue, so I decided that making the swap with Desperate Ritual was probably a sound change. This worked out very well for budget reasons also. Without the Lotus Blooms, the deck costs under twenty tickets to put together on Magic Online.

I played at least twenty games with this list, and it did very well. Obviously a combo deck will have better Game 1s than other decks, but the numbers were incredibly impressive. A few of the games I lost were probably a result of a loose mana base. The deck itself is inexpensive enough that I decided to grab some less budget-friendly lands. I made a sideboard and decided the deck was ready to play in a tournament.

The list looks expensive, but a savvy shopper can still pick up the full 75 for less than 45 tickets. If you can't afford the fancy mana base, then by all means, use the list above this. If you don't mind shelling out the extra tickets, or already have some of these lands, this list will run much smoother. I played in an eight-player Extended tournament with the new list. 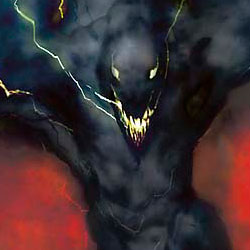 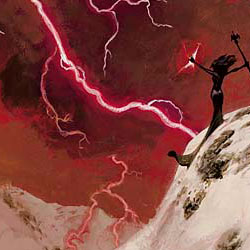 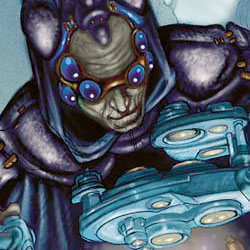 I won the roll and kept Fungal Reaches, Shivan Reef, Mountain, Hatching Plans, Rite of Flame, Desperate Ritual, Remand. I played my Fungal Reaches and passed the turn. My opponent played a land and passed the turn back. I drew Perilous Research, played my Shivan Reef, and cast the Hatching Plans. My opponent laughed at the enchantment, played a second land, and passed the turn. I drew a Scalding Tarn, played it, and passed the turn. My opponent tried a Trinket Mage, but I popped Scalding Tarn, and sent the Trinket Mage back with Remand. I drew into a Grapeshot, then drew a Rite of Flame for my turn and decided this was probably the best chance I had to go off. I cast both Rite of Flame and Perilous Research, sacrificing Hatching Plans. I drew Manamorphose, Manamorphose, Island, Fungal Reaches, and Ponder. I cast one Manamorphose to get two blue mana and drew into a Seething Song. I cast Ponder and found a Pyromancer's Swath, then stormed out the rest of my hand and killed my opponent. 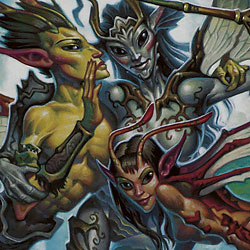 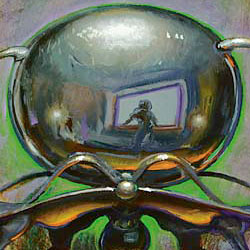 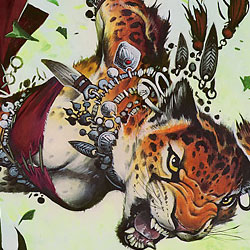 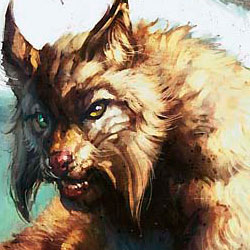 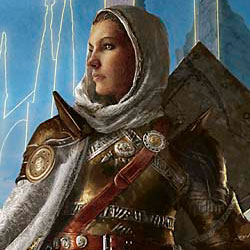 I started with a no-land hand and mulliganed. My six cards had a Fungal Reaches, but no other lands, and I was forced to go to five cards. I kept Scalding Tarn, Ponder, Ponder, Firespout, and Rite of Flame. My opponent cast a Wild Nacatl and passed the turn. I drew an Island and cast Ponder, seeing a land, a Manamorphose, and a Hatching Plans. I drew the land and left the Manamorphose on top. My opponent cast Steppe Lynx and Kird Ape after he attacked for 3. I drew the Manamorphose, played my Scalding Tarn, sacrificed it, cast Rite of Flame, and cast Firespout to wipe his board. He cast a 5/5 Knight of the Reliquary the next turn. I drew a Rite of Flame, played my third land, and passed the turn. My opponent attacked for 5 and cast a Tarmogoyf before passing. I drew a Seething Song and passed the turn, and my opponent played a Lightning Bolt on my end step. On his turn, he attacked me with both guys and had some more burn in his hand.

I played this deck in a tournament because I truly believe it has the potential to do well in a tournament setting. A non-budget list could play more fetch lands and splash white for Silence out of the sideboard. You could also get spicy and sideboard into a Dragonstorm deck. Mind's Desire may not be legal anymore, but storm can still be a very powerful strategy. I'd love to hear your comments on the forums or through email.