ast week I asked readers to submit their ideas for a deck built around Bloodchief Ascension. The response was excellent. I heard a lot of interesting thoughts. A few stalwart deck builders have been battling with Bloodchief Ascension decks for the past few months and were kind enough to share their experiences. Some deck builders have built very original versions of the deck that use cards like Necrogen Censer in combination with proliferate effects. 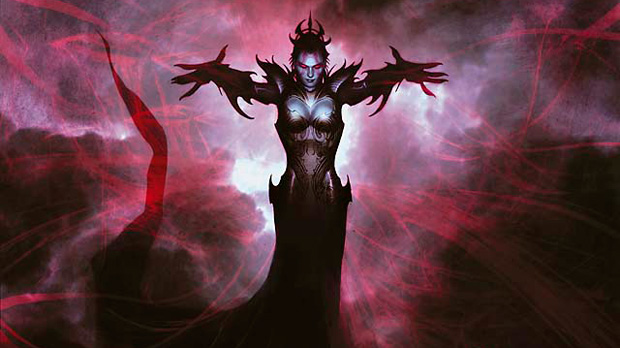 The most common type of Bloodchief Ascension is the obvious black-red version. There are a lot of variations out there. Some use more discard than others. Personally, I think discard spells belong in the sideboard when playing a deck like this. Bloodchiefs, much like Beastmasters and Pyromancers, award deck builders who stay focused and work the hardest to turn on the powerful enchantments.

I thought a lot about the right list for this type of deck. Searing Blaze seemed like an obvious inclusion, but I was often frustrated by its inclusion and decided it didn't belong. Tunnel Ignus was probably my best find. It works beautifully alongside Bloodchief Ascension and punishes players for playing with fetch lands and ramp spells. 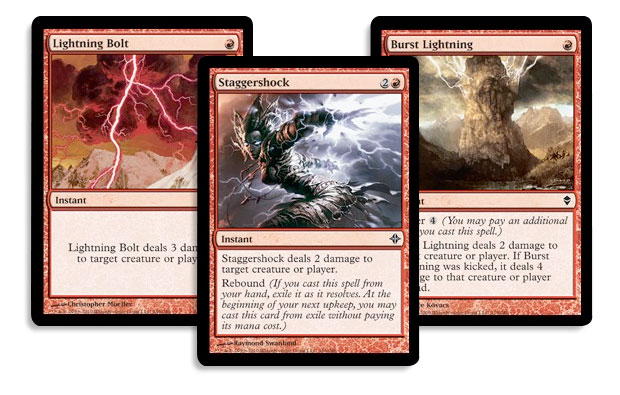 Staggershock is one of the most impressive things that a Bloodchief Ascension deck can accomplish. I feel like this deck wants four of these alongside four copies of the best burn spells in Standard, Lightning Bolt and Burst Lightning.

Goblin Guide has been harder to attain at times, but it shouldn't be very difficult to find four of them right now. Creatures that are 2 power that can also be cast on the first turn are very important to this type of strategy. Vampire Lacerator was the most obvious cohort to Goblin Guide, but Pulse Tracker was suggested by a number of readers and really proved its worth during testing.

I like playing cards like Doom Blade because they tend to be strong against the field. Hideous End is a nice fifth copy of Doom Blade that makes up for its extra mana cost by putting an extra counter on Bloodchief Ascension.

This is a very focused version of Black-Red Bloodchief Ascension:

I would really like to play more copies of Lavaclaw Reaches. Unfortunately, it's really difficult to play with more than one land that comes into play tapped when you're trying to cast one-mana creatures of two different colors. I played a few games with the deck to get a feel for it. Blackcleave Cliffs should be relatively easy to trade for at this point. Normally I would recommend more basics or an uncommon like Akoum Refuge, but this deck really needs the turn-one red and black mana so finding these is very important. In fact, I think it's interesting that this deck becomes playable almost entirely thanks to the printing of Blackcleave Cliffs. 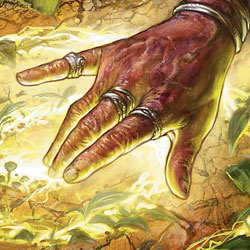 My opponent joked that he or she was going to cast Harrow. Here's what would happen: Two cards would hit the graveyard, so Bloodchief Ascension would drain for 4. Two lands would enter play and be recognized by the Tunnel Ignus, dealing another 6. My opponent played a land, thought for a moment, and cast Cultivate. He or she took 3 damage from the Tunnel Ignus and was drained for 2 by the Ascension. This put my opponent at 9. I cast Lightning Bolt targeting my opponent on the end step. I drew another Staggershock on my turn, attacked down to 2 and cast Staggershock for the win.

Tunnel Ignus is huge against a lot of the field. You get to steal a lot of games with a card like this. 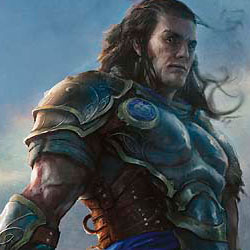 I wasn't very happy with the decks weakness to Ratchet Bomb. Ratchet Bomb is a powerful spell that is increasing in popularity. I'm not sure if this can be solved, but the deck seems like it has trouble escaping losses that come primarily when it draws more than four lands. I thought about cutting some lands, but that would make the deck lose to itself when it didn't draw the correct mana for its one-drops.

I decided to go back to the drawing board and see if it was possible to construct a more consistent deck sporting Bloodchief Ascension.

There's been an aggro Vampire deck floating around on Magic Online lately. I haven't seen a list and I've had trouble finding one on the Internet. I decided to do some research and make my own version to see how it played.

I've seen many list splash red for Lightning Bolt and Burst Lightning, but I feel like that deck would require too many rare lands for a lot of my readers. I decided to keep it mono-black and see how things went.

The deck is rounded out with incredible removal spells and disruption. This type of deck has the tools you need to beat just about every opponent. I'm sure this archetype will continue to develop and I'm pretty sure this deck will be considered a metagame contender in the next month or two.

The other cards in this list are pretty obvious. Bloodchief Ascension may not be as much of a focal point here, but I feel like it may still be able to pull its weight. I played a game with the deck on Magic Online ... 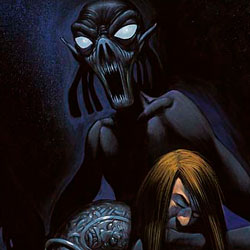 I drew Kalastria Highborn, cast it, played my land, returned the Bloodghast, and attacked with Pulse Tracker. My opponent blocked so I drained for 2 and put a third counter on the Bloodchief Ascension. My opponent cast a Duress and got drained for another 2. The Duress whiffed. I drew a Swamp, attacked with my Bloodghast, cast another Bloodghast, and passed the turn. Notice that I'm neglecting to play lands on key turns—I want to ensure that I have extra lands to return the Bloodghasts when necessary. My opponent drew a fourth land and cast Consuming Vapors, I sacrificed a Blooghast, and he or she gained 1 life.

I drew a Gatekeeper of Malakir, cast it with kicker, killing my opponent's Gatekeeper and draining for 2 life. I played my land, returned my Bloodghast and attacked with my team. My opponent's Consuming Vapors rebounded and he or she gained another 1 life from the Bloodghast. This ended up netting a life loss, though, because then I drained for 2 with the Kalastria Highborn and another 2 from the Ascension. My opponent realized he or she was dead and conceded.

This deck seems like it will play a lot better than the previous version only playing two copies of the enchantment ensures that we won't have games where we lose by drawing more than two copies of cards that don't do anything on their own. The deck also fits the theme of Bloodchief Ascension beautifully. People don't put a lot of value in the flavor of their deck, but it's often fun to have cards that "make sense" together from a storyline perspective.

I hope you all enjoyed my journey to understand Bloodchief Ascension. The new Premium Deck Series: Fire and Lightning is about to be released and I'll be writing about a burn deck to celebrate. If you have any exciting burn decks that might be off the radar I'd love to hear about them. On a final note, here's a non-budget version of the aggro vampires deck that I feel is truly competitive in today's Standard.

This list, untested as it may be, seems like it's probably good enough for the current Standard.