What I've Been Working On

Posted in Building on a Budget on December 8, 2010

've been playing a lot of Extended lately to get my Constructed fix. I've messed around with a lot of decks, and put a good deal of work into at least one. Today, I'd like to share some of what I've learned about Extended Transmuter, (Which you can read about here) and give you my latest extended Elves! list, a powerful combo/aggro strategy that's sure to be a force in the upcoming Pro Tour Qualifier season. 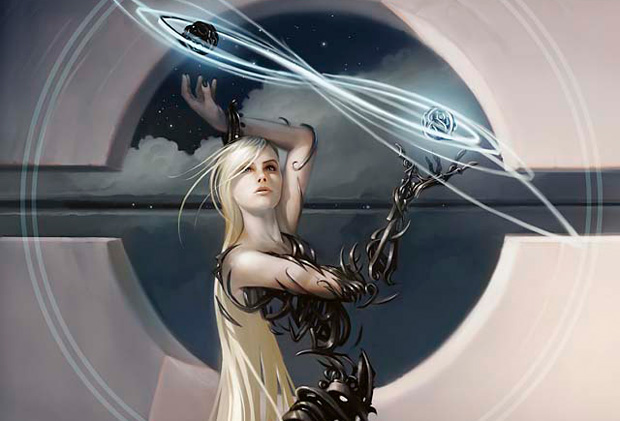 I've gotten hundreds of emails asking for updated lists for my Extended Transmuter deck. I've been putting in a lot of time and I've learned a lot about the format. Here's what I've been playing lately:

This is the list I'm usually battling with these days. I have another list that's tech'd to beat Faeries, but Molten Tail Masticore is a bit rare. The new list has a lot of things going for it. An active Transmuter is basically game against every deck. Fighting Jund? Fetch up a Sphinx of the Steel Wind and drop it onto the battlefield. Having trouble with a red deck? Find yourself a Platinum Emperion and suddenly everything will be okay. Faeries? Inkwell Leviathan please! White Weenie? Can I get a Grim Poppet?

One of my favorite parts about the deck is its seemingly random, "oops, I guess I win," draws. Sometimes you get Blightninged when you have an Inkwell Leviathan or Sphinx of the Steel Wind in your hand. Just Ponder/Preordain your way to a Makeshift Mannequin and the game becomes very easy.

Thousand-Year Elixir + Master Transmuter + Platinum Emperion is basically impossible to beat for most decks in the format.

The Ponder and Preordain may seem a bit out of place, but you win most games where you find a Sphinx Summoner. It's a priority to make sure Sphinx Summoner finds its way into your hand early in the game.

The deck is still a work in progress, but the initial testing shows a great deal of promise. One of the most exciting prospects of this type of strategy is that it's sure to get lots of goodies from Mirrodin Besieged.

Anyway, I hope that satisfies all the Esper mages looking for their fix.

I'd like to talk about another deck that's near and dear to my heart. Last Extended Pro Tour Qualifier season I was fortunate enough to win the first PTQ in my region with an Elf combo deck built around Cloudstone Curio. This season, the deck lost its most important card, Glimpse of Nature. I had written it off. The old Standard versions of the deck couldn't possibly be strong enough for Extended.

Then I experienced the following in an extended tournament on Magic Online. 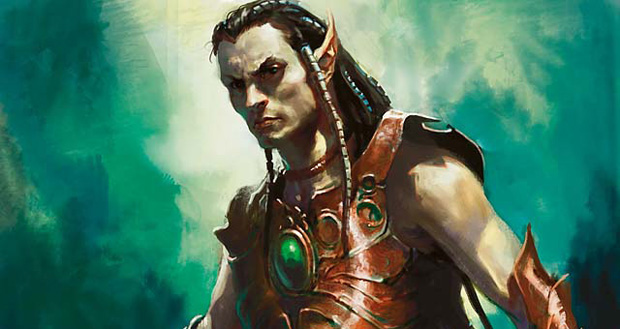 Ezuri, Renegade Leader produces infinite mana when combined with a pair of Devoted Druids. This, in turn, creates two creatures with infinite power and trample. It's not too hard to win from there.

This hadn't sold me completely, though. I wanted to make sure the deck was as explosive as it needed to be for Extended. I decided to put together a list and see where I could take an Extended Elves! list. Here's what I built:

I'll explain each of the card choices:

Llanowar Elves and Arbor Elf are absolutely necessary. I want to maximize my chances of casting an Elvish Archdruid on the second turn. It's also important for decks like this to be able to keep one land hands in certain situations. These cards let me make those plays.

Joraga Treespeaker is absolutely incredible. Now I don't recommend leveling this blindly in the face of an open red mana, but it's pretty incredible when you get to level it after your opponent plays virtually any other type of land. Interestingly enough, the Lorax's final level is actually relevant in this deck.

Elvish Archdruid lets this deck do some very broken things. Sometimes you can Genesis Wave for something like eight on your fourth turn. I wasn't thrilled with this card in the old Elves! decks, but the new format doesn't punish you as much for playing a three-drop.

Ezuri, Renegade Leader is a combo piece and finisher. I keep harping on Ezuri's interaction with Devoted Druid, but you need to remember, this guy gives the rest of your team regenerate for one green mana. Oh yeah, being able to Overrun a few times with an Elvish Archdruid is also quite nice.

Heritage Druid isn't what it used to be. That being said, it still lets this deck achieve some of its most broken draws. Sometimes you cast a one-drop on turn one, two more on turn two, tap all three, and cast Elvish Archdruid. Openings like this are surprisingly common when you're packing this many one-drops.

Nettle Sentinel provides early aggression and lets you combo out with your Heritage Druid after you draw a ton of cards off your Regal Force. I originally assumed that I had to play four of this card. I was grossly mistaken, though, the newer and more top heavy Elves! list doesn't get the explosive draws that made Nettle Sentinel such a force.

Elvish Visionary is so key to making the Elves! decks tick. It plays a lot of roles and performs each of them beautifully.

Primal Command is the best card in the deck. It finds a Regal Force or Ezuri, Renegade Leader in a pinch and gives you the added bonus of half a Plow Under or seven life. One of the two options is clutch in virtually every match up.

Regal Force is the top end here. The deck can cast Regal Force as early as turn three, and it often chains you into enough insanity to take the game.

Genesis Wave is a new addition from Scars of Mirrodin. I've had games where I cast it for twenty-five. Let me tell you, there's not much in the world as fun as casting a Genesis Wave for twenty-five. I wanted a mana dump that essentially won the game and this looked like the best option.

I played a pair of games on Magic Online with the deck to test it out: 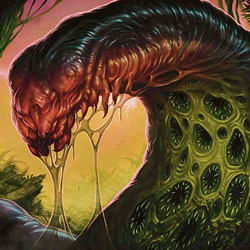 The deck does surprisingly well against Jund. Playing against Volcanic Fallout after sideboarding can be difficult, but with proper control of the board state you can usually prevent it from being too big of a blowout. I have Chameleon Colossus in my sideboard, but I understand if it may be a bit much when added to all the other rares in the deck. Chameleon Colossus makes the Jund match-up very easy for the little green men. 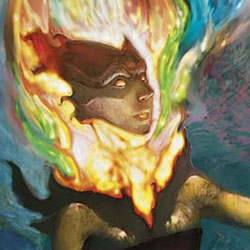 This match-up is basically a blowout. Shriekmaw is their only answer to your shenanigans. They're very focused on making their own plan work. Unfortunately for them, their plan isn't nearly as powerful as the Elf deck's.

Extended Elves! is certainly a contender for Worlds this weekend and in the upcoming PTQs. (Extended PTQ season starts in January!) Most of the cards can be traded for very easily at this time, but make sure you're quick; The trade value of a lot of these cards is sure to go up once Extended season is in full swing.

I hope you enjoy yet another look at a potentially powerful Extended archetype. As always, stay in touch with your latest deck ideas and queries.

Posted in Building on a Budget on December 8, 2010