ellow and welcome to Timmy Week here on magicthegathering.com. I've been excited about this particular column for awhile now. 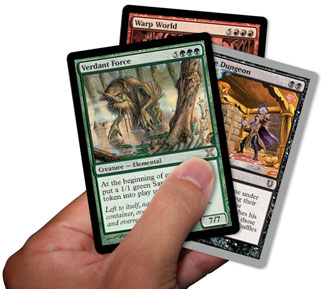 Who is Timmy? Timmy plays the game to have fun. Many players will see people playing wacky cards or offbeat combos and ask a question like, "Why is he playing with that?" Timmy doesn't play Magic to solve metagames or to win tournaments. Timmy just wants to have a good time.

There are four types of Timmy. A quick summary:

One card sprang to mind when I found out there was going to be a Timmy Week:

I want to play with Where Ancients Tread because it's fun. I'm trying to get into the Timmy mindset here, and I can't think of a better way to do it. Timmy is not satisfied with his 5-power monster. Timmy wants his 5-power beater to deal 5-damage to something when it comes into play.

Now it's time to decide what we can put into our Where Ancients Tread deck.

Druid of the Anima: I want to cast big goofy monsters. I don't want my opponents to overrun me with little dudes before I can play the fat. Acceleration is important. The Druid will also help fix my mana.

Elvish Visionary: I want chump-blockers for the early stages of the game. As the game progresses my Visionary can combo with my Stampeding Wildebeests or be sacrificed to my Caldera Hellion.

Stampeding Wildebeests: These guys are a lot of fun here. I can return an Elvish Visionary or Civic Wayfinder back to my hand and replay it every turn. If I get Where Ancients Tread into play I can start bouncing 5-power monsters back to my hand to Lava Axe my opponent every turn.

Civic Wayfinder: This respectable 2/2 will smooth out my mana and help me survive the early stages of the game.

Caldera Hellion: The Hellion will clear my opponent's board and make way for the fatty boom-booms.

Flameblast Dragon: I looked through Gatherer to find cards that just screamed "TIMMY!", and this screams it with fire.

Deus of Calamity: I love dropping the Deus on people. It's a very underplayed card that's a lot of fun to play with.

Wherever They Want To

The Casual Room on Magic Online is a great place to find other people who want to crash big creatures into bigger creatures, so that's where I headed. 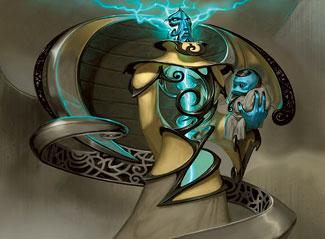 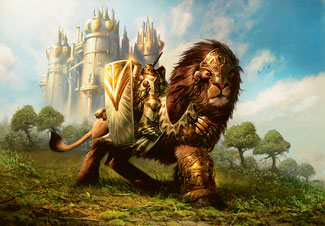 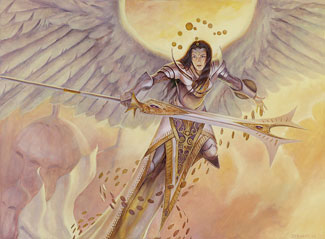 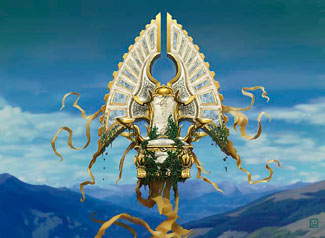 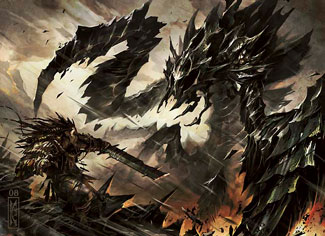 I think Timmy would be happy with this little brew. The deck plays big monsters and has a lot of fun interactions between cards.

Remember the most important lesson Timmy has to offer: Have fun. This is a game, and it should be treated like one. I don't think having fun is exclusive Timmy territory. I have fun every time I sit down to play a game of Magic, whether it be on my kitchen table or under the bright lights at the Pro Tour.

Now embrace your inner Timmy and build some decks with Titanic Ultimatum!