I want to talk about something crucial and simple but critically important to every game of Magic: lands.

It doesn't get more basic than that, does it? 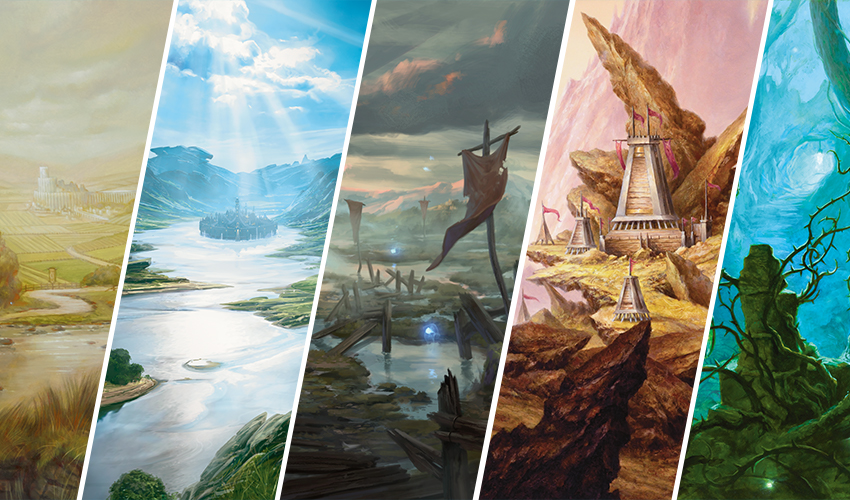 We use lands to cast our spells and summon our creatures, but which lands we use to do that, and what else those lands can be used for, is worth some further discussion.

I'm not going to talk about how many lands to put into your deck. What I will focus on is how we value lands and how to make the decision to include specific lands in our decks, regardless of the format.

Laws of The Land

So it is with lands. What are the norms of a land in Magic?

These are the fundamental constraints and norms of lands in modern Magic. And it is these norms that we spend a lot of time as Magic players trying to twist, exploit, or break somehow. There are a lot of other norms who find exceptions in card designs—lands don't attack, they only generate mana, they only generate a single mana at a time—but for valuation, we can focus on these two.

Okay, well, I mean besides those cards deemed too powerful to recreate.

You can get lands that provide two or more colors, but then you will be asked to pay a cost or account for another constraint.

Either way, to get the mana working in your deck, you are going to have to make choices based on what colors you need and at what times you need those colors. Speaking of time

Magic is a game of tempo. What speed your deck operates at versus your opponent, when can you cast your spells, casting big spells earlier in the game—this is all tempo.

The one-land-per-turn rule sets the normal "beat" for a game of Magic. On turn one, you can cast a spell that costs one mana, on turn two, you can cast a two-mana spell, etc. Creatures and spells are balanced and constructed with that pacing in mind, so we are casting progressively more powerful spells at that pace.

Or we would, if it wasn't the time-honored tradition to break out of that pace. We spend a lot of time trying to warp this pacing.

We ramp with creatures, artifacts, and land-fetching spells.

We pay alternate costs and reanimate huge creatures earlier than they would normally be playable.

Even when we play within the rules, we are forced to be conscious of the pace.

An aggressive deck often wants to be casting spells from turn one, so it needs lands that support this timing. They care less about lands in the late game and only need the right few lands for a few turns.

More controlling decks can sacrifice some tempo, caring more about being consistent with their land drops so they'll have inevitability and options in the late game.

Color vs Costs vs Tempo 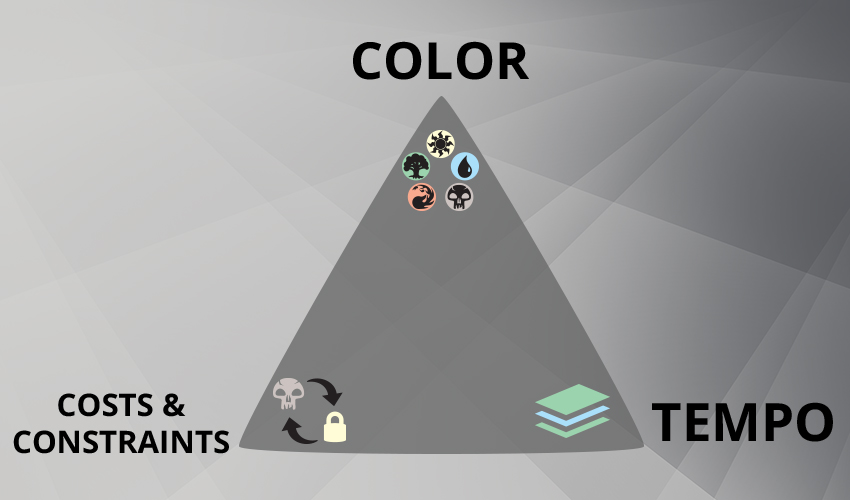 When you're selecting lands to put in your deck, you want to make sure you are getting:

When a land comes into play tapped or requires you to pay mana to bring it into play, it slows down the tempo of your game. That is a turn you can't use all the mana available to you.

You can look at tempo as a form of cost, but since the typical design of a dual land is to choose your tempo by paying some cost (e.g., pay 2 life to come into play untapped) or accommodating some constraint (having a particular land type in play), it is better to consider tempo in its own regard.

With all that said, lets look at a preview land from Throne of Eldraine and see how we'd evaluate its use in our decks. 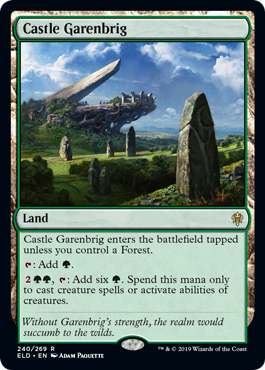 Interesting! Before we go further, let's also take a moment to check out the full-frame art version available in Collector Boosters: 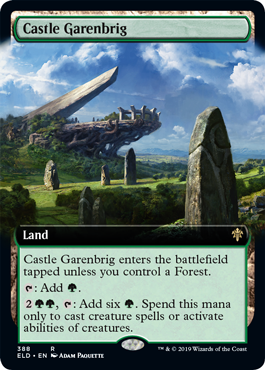 Now, unto the land itself.

This land is about as green as you get without being an actual Forest. This is a castle, but it's also one giant Stonehenge.

Its cost for tempo is to have another Forest in play, which is easy to satisfy, but also a bit of a constraint. Whatever deck this is going to be in needs to be predominately green, or this land is going to come into play tapped a lot.

You net G that can only be used for creatures and creature abilities? On the surface, not great, but if you get as green in your thinking as possible, you can see that even the constraints are not that bad.

The card is begging you to play a lot of mana creatures with some large creatures as payoffs. While being able to cast a six-drop creature on turn five is not that impressive, if you play some mana creatures, you can consistently drop that monstrosity on turn four or even three.

Using this power on creature abilities sooner than you otherwise normally could or for extra mana activations will also prove useful.

Castle Garenbrig looks poised to strongly support a mono-green or green with a light splash creature-based ramp strategy in Constructed and even Limited.

I'm looking forward to seeing it and the other Castles in the new set!