A Sliver of Direction

When we set out to plan Modern Horizons art direction, we wanted to "write a love letter to Modern players" through various nods to Magic's creative past through present, as a kind of reward for players who have added new cards to their collections over a long time. When we learned that Slivers would feature heavily in the set, we looked to pre-Magic 2014 Slivers as a guide. Concept artist Sam Burley put together a reference packet of concept art showing dominant features of Sliver anatomy, like the pointed head, single central arm, and multiple tails.

With that vision in mind, we went about fleshing out a whole bunch of new Slivers for Modern Horizons—a few of which I'd like to reveal for the very first time alongside the art descriptions we used to commission art for each card, written by Kelly Digges and Alison Luhrs. 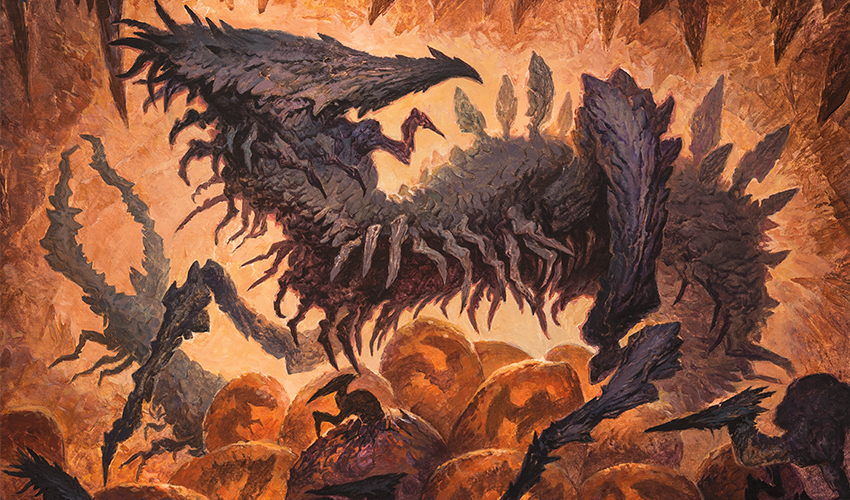 Color: All five colors
Location: Inside the large main chamber of an underground Sliver hive
Action: Introduce us to the legendary Sliver Broodmother—the "queen" Sliver who is the mother of all the Slivers in her hive. She's much bigger and more solidly built than any of the other Slivers. This is a special and unique Sliver, so you could deviate from the general anatomy as far as number of tails, number of claws, etc. 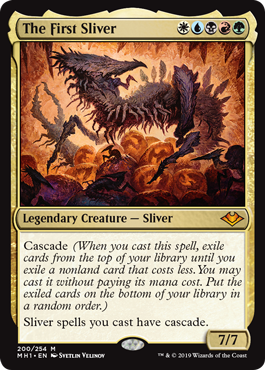 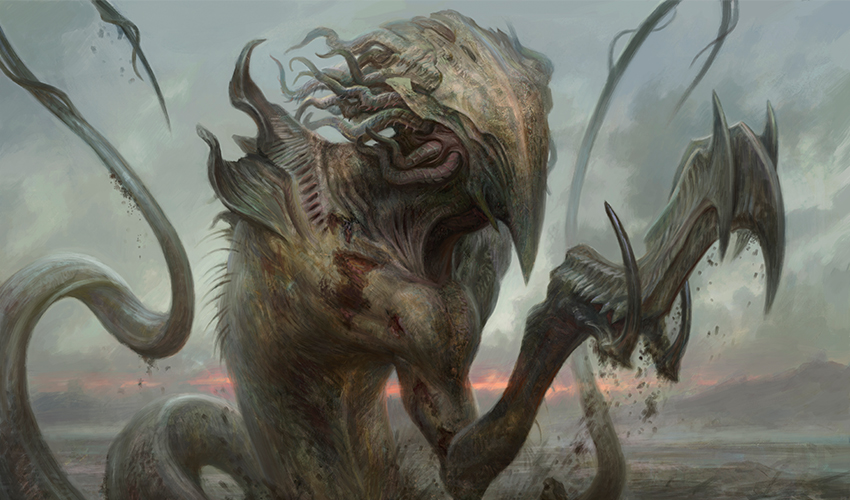 Color: Black creature
Location: Any swampy or earthy outdoor
Action: A Sliver claws its way out from a shallow grave and lunges forward. Its claw is widened into a digging claw, perhaps with multiple sharp points rather than one. The Sliver is also half dead—parts of its skin are missing, and we can see the bones and muscles beneath.
Focus: The Sliver
Mood: An alien predator, back from the dead 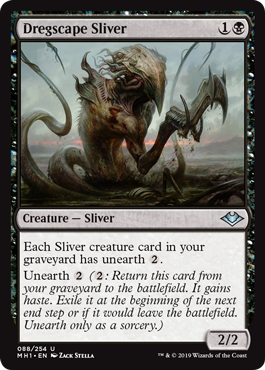 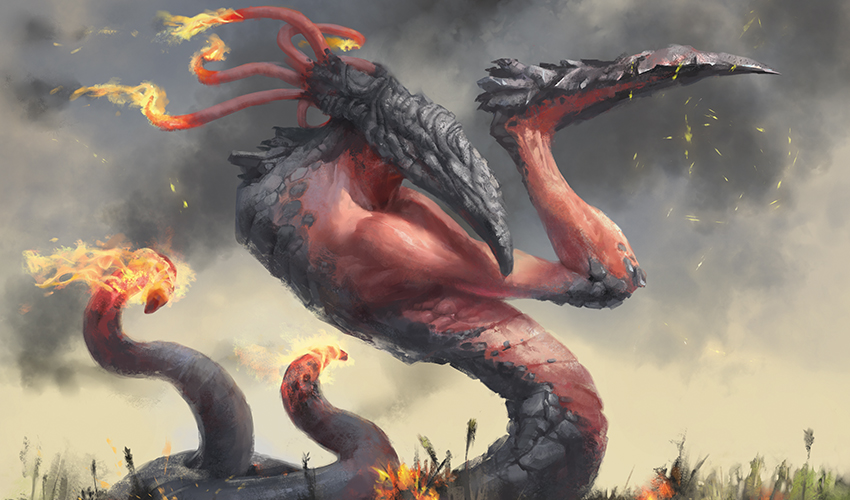 Color: Red creature
Location: Grassland
Action: This is a Sliver that's also a Fire Elemental. Its body is charred black and surrounded by crackling fire. The ends of its head-tendrils, tails, and/or claw might trail away into fire. We might see that the grass around it is crackling and burning.
Focus: The Sliver
Mood: Do not touch 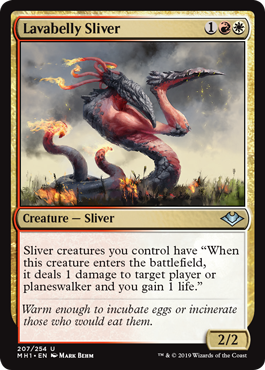 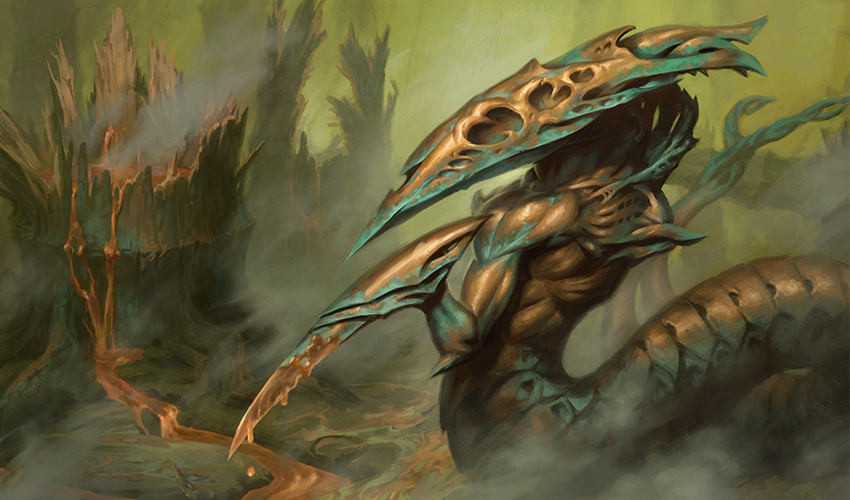 Color: Green creature
Location: Forest
Intention: This card is a mechanical riff on an old card, and we'd like to make a subtle nod to the creature depicted on the original art (see ref).
Action: A Sliver with skin like oxidized copper slithers through a forest, hunting its prey. Its bony head gives the impression of skeletal eye sockets on the sides, but it doesn't actually have eyes. Its single long claw drips with a viscous liquid—maybe part of the ground, or maybe something like tree sap.
Focus: The Sliver
Mood: A hunter on the prowl

Tempered Sliver is notably a callback to the Justin Sweet art from Slith Predator. You'll see several allusions to the artwork of mechanically similar cards and other Easter eggs throughout Modern Horizons. 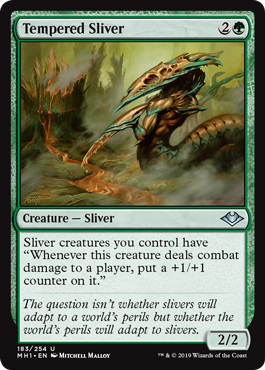