Masters 25 is filled with incredible reprints from across Magic's 25-year history. As someone who recalls white-bordered cards and the majesty of Mirage and Ice Age being my introduction to the game, the chance to play with some of the game's most iconic cards creates a mix of nostalgia and excitement I can't turn down.

For starters, Masters 25 is home to one of the greatest blue four-drops ever created. Not only does it get stronger through Damnation and other wrath effects, it strikes a visual chord as you go digging for a die or two to make it clear what you have. On top of it all, as a Commander player, it's such a universal recommendation that I'd put it as one of the easiest cards to slot into just about any deck with the color.

Yes indeed! Reef Worm is finally getting its chance at the premium-foil treatment as a returning card in Masters 25. 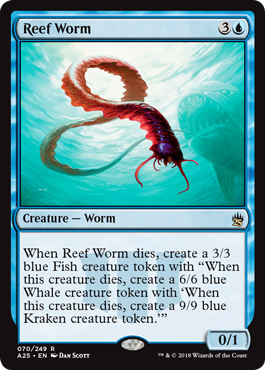 What? You thought I was talking about that other four-mana blue card everyone is excited about?

Keeping (up with the) Current

It's easy to look back at Magic's history of sets that were drafted and stop there. After all, nearly all the cards in the game came from something that was once legal in Standard. But that "nearly" is the crux of the problem. Annual Commander releases have expanded the mechanics, flavor, and story of the game in amazing ways. Overlooking their additions to Magic would be missing a piece of the game's history.

Reef Worm is a particular kind of card. While it isn't a named character or even tied to a specific story point in Magic lore, it reflects the unique and powerful ways many players love to play.

Even in multiplayer, it's really hard to kill Reef Worm. Starting small, every time someone tosses out Wrath of God, Fleshbag Marauder, or even Earthquake, our little Worm gets a lot bigger. Commander, the multiplayer format it was designed for, asks a lot of creatures planning to stick around. Reef Worm delivers by scaling up every time someone takes a swing at it. 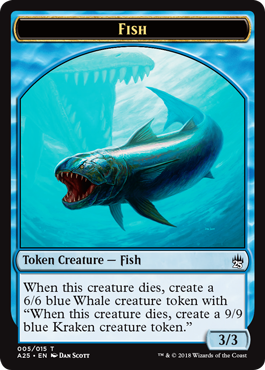 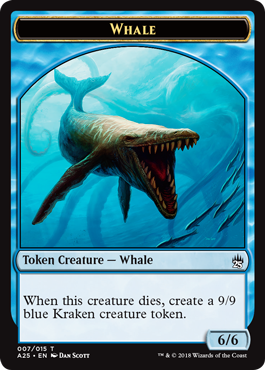 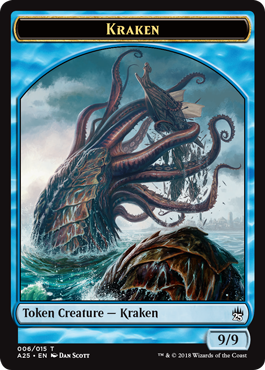 It plays nice with almost any Commander deck. While I'd love to see Reef Worm make its way into a Legacy deck, its most likely use case will be in blue-based Commander decks you build. While it's text lines shine for the format in general, the easy mana requirement of just one blue means you can slot it into any deck running blue you can imagine. Slowing the game down and taking control with Kefnet the Mindful? Reef Worm is there. Need a handy sacrifice for Diabolic Edict or Greater Good? Reef Worm will help. Just want a pile of value packed into one card? Reef Worm will answer the call. Whatever your theme, the odds are fair Reef Worm will help you make it happen.

When you pair it with another Masters 25 card, things get downright silly. Fun fact: Reef Worm does its thing through triggered abilities. While explaining exactly how these work is an exercise best left for your local judge, the short of it is since these happen "when" the creature dies, they're fair game for Strionic Resonator to add to the value. 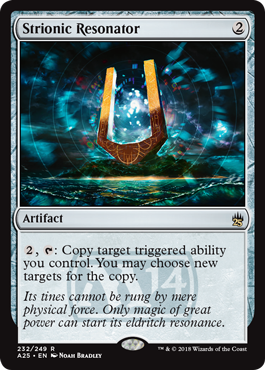 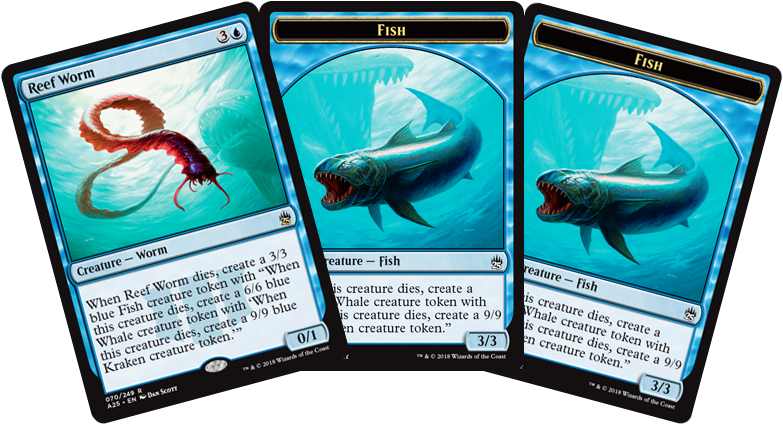 Strionic Resonator hails from Magic 2014, and it's a card that feels like it should have legendary on its type line. It's the sort of card that doesn't tell you what it does or what to do with it—like Reef Worm—but asks you for what's possible and demands you figure it out.

And, yes, every time Reef Worm dies you can copy the trigger. If someone is clearing the battlefield repeatedly, and you have Resonator at the ready each time, you can grow your army by one every round: 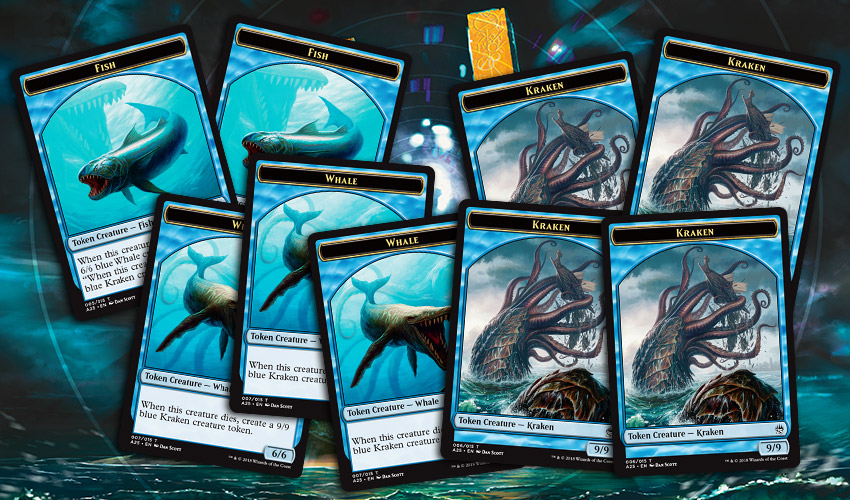 And if you can totally control every time one of the tokens goes to the graveyard and triggers, the value adds up even more.

Decks that control their triggers will break the game. Just like pairing Rhys the Redeemed (and lots of other awesome activated abilities) with Rings of Brighthearth, setting up powerful triggers and planning to double it with Strionic Resonator can lead to overpowered moments. Brago, King Eternal is one way to upend a game; just use something like Sol Ring to copy Brago's triggered ability, then let the copied ability resolve to flicker Sol Ring and Strionic Resonator (and anything else you want) out and back into play untapped. (You can repeat that as many times as you want!) Primordial Hydra gets of out hand in a hurry, quadrupling in one upkeep. Casting Prossh, Skyraider of Kher is even better when twice as many Kobold creature tokens running are around afterward. Zedruu the Greathearted is slightly more selfish for you with a Resonator around. Etali, Primal Storm takes twice as much from everyone.

There are always accidental triggered abilities lying around in your Commander decks, but building one that takes advantage of them will quickly correct any opponents who doubt the power of the Resonator.

Masters 25 is more than awesome Commander cards—see Jace, the Mind Sculptor—and finding things I need for every kind of deck I play is something that makes every Masters release special. Getting my hands on cards I haven't been able to open in years is exactly what some of my newest decks need.

After all, it's 25 years of cards I can consider. There's bound to be one I haven't tried yet!