I'll never forget the first moment I saw him.

Before we send out the files for every set, we have what's called a "slideshow" in Magic R&D. The whole department and many other people from throughout the company get together and see every card projected at large size.

Why? It's a chance to see everything from the card design to the flavor text to the templating, and also point out anything that looks off. Often, a handful of cards will see post-slideshow tweaks based on slideshow comments. But, above all: it's a chance to celebrate the set and be delighted by the work that everybody has created.

We were a little of the way into the Gatecrash slideshow, flipping through blue cards, when all of a sudden

The room burst out laughing at Fblthp (pronounced "Fibble-thip"). It was the perfect combination of charming, funny, and adorable.

Little did we know how much of a life it would take on after Totally Lost.

When Gatecrash launched, players loved the poor little guy. The combination of so much cuteness with so many consonants was a winning package!

Before we knew it, we were finding ways to put out Fblthp plushies: 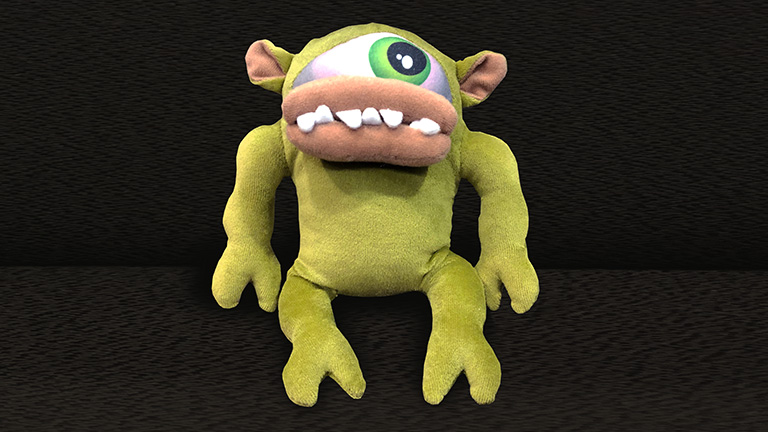 We were hiding Fblthp in artwork:

And even Ultra Pro was putting Fblthp onto things they were making—like the Relic Tokens!

Fblthp had always hated crowds... and now he's totally lost here at #GenCon! Fear not though: I hear you can find your own over at the @UltraProIntl booth. May you help him get home safely!#wotcstaff pic.twitter.com/ngLddzklVW

Oh, and one more thing. Mark Rosewater and I have had to answer a string of similar, endless questions that all boil down to one key thought: "When is Fblthp going to get his own card?"

Well, my friends, the answer to that question is finally here. Fblthp is in War of the Spark. Take a look! 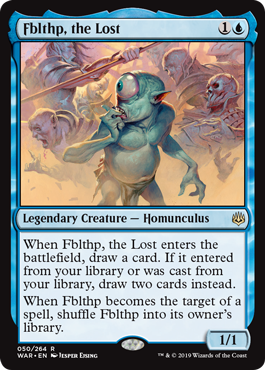 Today, I want to talk about two pieces of Fblthp: making him from a design and architecture standpoint, and then building with him.

As I just mentioned, Fblthp has become a huge piece of Magic but has barely ever appeared in the game. Why is that? How did this happen?

Back in 2015 at the yearly Game Developers Conference (GDC), Kim McAuliffe, a game designer at another company, gave a great presentation about how the tiny things in your game can make a big difference. Even in an incredibly large and expansive game, the tiny details can be what players latch onto. And because you never really know what thing is going to catch fire, it's important to notice when it does.

Our social media team is great at this—and they definitely noticed fans' love for this little homunculus and started doing plenty with Fblthp after Gatecrash released. (I'll always remember when someone ordered a life-size Fblthp for our Harlem shake video. Also, remember the Harlem Shake? Ah, the good ol' days.)

But similarly, I've taken a lot of this to heart in my product architecture philosophy. (As has my team.) Part of what we do is keep our ear to the ground to hear what players like and figure out how to deliver on those interests. And as we see things grow—characters, cards, decks, formats, and so on—we try bringing those to life. Because we never know where the next Fblthp or Commander is going to come from. For example, we recently saw this with the scorpion in MTG Arena—or, as the community has nicknamed it, Pinchy McStingbutt. People loved it, and it took hold, so then our company amplified it. And while not quite a black-border name, perhaps we'll see Sir Pinchy appear in an upcoming Un- set! 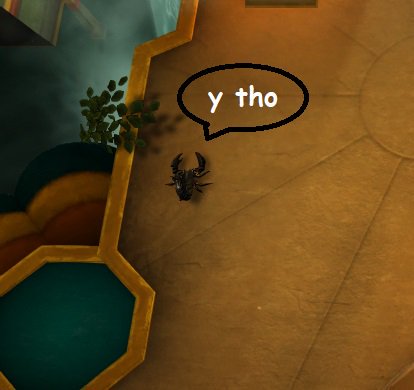 However, for us, this also grows large expectations. How are we going to make good on what people expect from a Fblthp? I mean, Mark and I have even received requests for a Fblthp planeswalker card!

Usually, it means creating something top-down. This is a way to help satisfy the flavor that people love so much!

So it started off as this:

Fblthp, the Lost
3U
Legendary Creature – Homunculus
0/1
When CARDNAME enters the battlefield, draw two cards.
When CARDNAME dies, put it three cards from the top of your library.

Additionally, whenever we try locking something into the top few cards of your library, it usually doesn't play as fun as we had hoped. Both players have to track when you're going to draw it, and it takes away the excitement of the draw step—the exciting, mysterious part of every turn! It works on big, splashy cards like Approach of the Second Sun, but on a utility creature like this, it's not something that was all that fun get rolling, especially in multiples. It was even weirder playing one Fblthp to kill the other.

So, Dave Humpherys, as the lead designer of War of the Spark, had some ideas for tweaks. And after a few more iterations, he added a version he created that had a shuffle effect. From there, we brought it down to two mana to try making it more of a hit, throwing back to Dominaria's historic mechanic.

But there was still a way to improve the flavor. What if you got something for finding Fblthp from your library? After all, you found the little guy! That deserves a reward. And that's where the neat (and rare-feeling) part of the card comes from. Figuring out a way to cheat it from your library is a huge part of the fun, and turns this kind of simple, cantripping creature into an interesting build-around! (More on that in a moment.)

We did investigate a lot of wonky abilities like "If an opponent would search a library, that player gains control of Fblthp instead" and "If one or more permanents would be put onto the battlefield from a library under an opponent's control, that player gains control of Fblthp instead," but ultimately, Dave just wanted Fblthp to be what he always was: a cute little Homunculus, running away from spells and finding its way home. There are enough wild card designs going on in War of the Spark that it's nice to have a bit of a breath of fresh air. (Not unlike Fblthp himself!) I think you'll find he is deceptively powerful.

Speaking of which, let's talk about playing with him!

How strong is Elvish Visionary?

A two-mana creature that replaces itself. It can come down, fill a role on the curve, block, and save some life; it's pretty versatile.

You wouldn't necessarily have expected this to be a Constructed all-star, but it absolutely has been! It's even won Pro Tours in the past. Usually, on the back of Elf decks. These decks care about the Elf piece specifically: a two-mana creature that replaces itself but also combines with all of these Elf synergy cards.

Okay, so Fblthp isn't an Elf. That's true. But it does have something else going on that's quite important: he's legendary!

This means Fblthp isn't just a two-mana creature that replaces itself—it also turns on all of your historic and legendary-matters activations at a very, very low price.

This has been a card just waiting to break, but has been a little short. There are only a few other two-mana legends in Standard, many of which aren't that powerful on their own. Fblthp makes the barrier to entry with Mox Amber quite low. Same goes for all the legendary spells, like Karn's Temporal Sundering or Urza's Ruinous Blast.

Of course, that's just looking at this through one lens. Let's drill a little deeper. Where Fblthp can really pick up gas is when you turn him into a draw-two!

I love these kinds of tricky, open-ended cards. How can I slide Fblthp onto the battlefield from my library? (Note that effects which exile him first, like cascade, won't work here.) It's a fun challenge!

Perhaps you're casting Collected Company for Fblthp. Or maybe your Warp World deck finally has the draw tool you've been waiting for.

The "shuffle back in" is a final, nice little nod. You just can't quite get rid of him forever! While I don't know if it's going to make for the strongest Commander deck, I know I, for one, am excited to build a deck all around actually shuffling in my Commander and then trying to find him multiple times. I know you're in there somewhere, little guy!

War of the Spark is a set that delivers on a lot of things, set up across many, many blocks. Grandiose storylines, Planeswalkers galore, and plot devices can be found all throughout the set. And amidst all this war and chaos, it's important to have moments of levity too. When you watch a big blockbuster action movie, there's a reason you have some funny quips back and forth. Fblthp is a bit of normalcy in a world of chaos.

I doubt this is the last you've seen of Fblthp. (In fact, he is pictured on at least one other card in the set) But for now, I hope you enjoy building with this version. What's the coolest way you plan to cast Fblthp from your library? Let me know!

How? Well, you can reach me all over the internet! Send me an email, tweet, Tumblr question, Instagram note I'm easy to find. And I'd love to hear from you! What do you think of War of the Spark so far? Send your feedback my way—and we'll take our learnings from this and apply it to the future of Magic.

Talk to you soon, and have fun with War of the Spark!