Lee Shi Tian is a name that's burned into Magic history—almost literally. While renowned as a Burn player in Modern, Lee has proved more than formidable across Limited and Standard formats as well while racking up double-digit Grand Prix Top 8s plus five Mythic Championship Top 8s—earning his place among the most recent inductions to the pantheon of Magic's Hall of Fame.

"After the Hall of Fame, I actually planned to step down a little bit," Lee said. "Play less, travel less. My significant other—I wanted to spend more time with her. For years, I've traveled a lot. I thought 'I should slow down a bit.' There was nothing more to pursue

"Then the MPL happened." 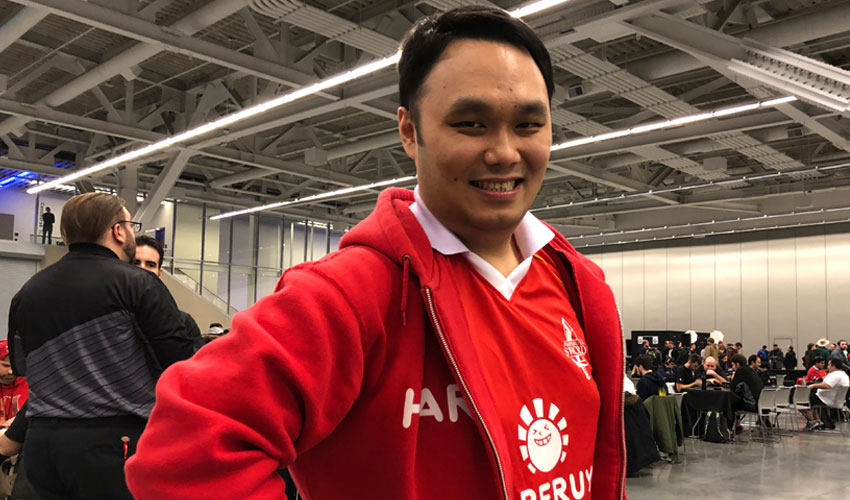 The Magic Pro League kicked off 2019 as a cadre of Magic's standout players. With a roster ranging from Hall of Fame members to the newest up-and-coming Champions, the MPL transformed the professional Magic scene.

And it transformed Lee's life.

"Before this I had a regular job that allowed me to travel. In my Top 8 profiles, I always said I was an accountant," Lee said. "Now I can call myself a professional player. The income is enough to support your daily life, pay your mortgage, and things like that. When I got the call, it only took me one day to say 'Yes!'"

And life hasn't been the same for Lee since.

That self-discipline is just one of the many things Lee has learned as a professional player. The MPL heralded a new era of competitive play, anchored on MTG Arena and its incredible effect on the global Magic community. Lee championed of the Asia Pacific region of professionals for years, supporting the players and working to grow the community in the same ways Hall of Fame player Willy Edel helped propel Latin and South America into the Mythic Championship spotlight.

"The release of MTG Arena changed Magic. Everything is smooth. The games are fast," Lee said. "But one of my goals is to grow the APAC community. The professional system before wasn't as friendly—we didn't have as many tournaments as they have in the US. Digital Magic gives us new hope. MTG Arena lets us play more. Some players are fine grinding—and the opportunity is the same worldwide. Everyone has the same chance."

Anchoring the new age of professional play, Lee is committed to ensuring the next wave of APAC players overcome the obstacles any aspiring pro faces: finding a footing online, and playing with international travel and language barriers in the way.

"If they want to stream or are playing in higher tiers, they can ask me questions. Not as many of us have played at higher-level Magic," Lee admitted. "We're not as familiar with how to handle a judge call or a mistake. Without competitive experience, it's easy to screw up. I don't share my private information with everyone, but I set up my MPL Facebook, Twitch, and Twitter so more people can contact me. Maybe they want to go professional and they're not there yet—they can ask me how. It's what I can provide for the community."

But as Lee shared, from his perspective, MTG Arena is the great equalizer for APAC.

"The ladder is good—at Mythic level, players are good. The lower ladder is more casual, but once you hit Mythic, it's competitive," Lee said. "All the MPL players are there, and everyone who hits Mythic wants to hit the Top 1000, or they wanted to qualify for the Mythic Invitational. It's quite good for testing."

That testing—for the Mythic Championship in Cleveland, the Mythic Invitational, and beyond—comes with advantages over tabletop Magic too.

"The metagame also shifts so much faster," Lee said. "Digital Magic is so far ahead. They solve the metagame so fast, and I get lots of information. I'll watch people stream. And playing Constructed Ladder at the high end was good preparation for the Mythic Championship."

So, with all the tools of MTG Arena and the total time commitment to being a professional player, for the Hall of Fame member and Mythic Championship competitor who's achieved everything he wanted to accomplish before, what does Lee look to achieve at the Mythic Invitational and beyond?

"My goal is not very big: I want to stay in the league another year or two at least," Lee said. "I want to be able to survive in the league until there's new APAC players. I don't know how long it will take, but I'll just try."

Lee—and dozens of other competitors alongside the MPL—will have his first chance to show he can stick around when the Mythic Invitational is unleashed at PAX East in Boston, March 28–31. Be sure to tune in to twitch.tv/magic all weekend to cheer him on!