Posted in Competitive Gaming on February 18, 2019

With $10 million in prize pools for Magic esports this year, it's only fitting we start the year off with an awesome Mythic Championship in Cleveland, Ohio this weekend (Feb. 22–24). This event will feature some 500 players from around the world, including the 32 members of the Magic Pro League. What's awaiting the competitors? $500,000!

When and How Can I Watch?

The whole weekend will be broadcast on twitch.tv/magic, and each day's broadcast will start a 9 a.m. ET. We'll bring round-by-round coverage, deck techs, interviews, bad puns, and more straight to your viewing screen, so tune in any time Friday, Saturday, or Sunday (Feb. 22–24) to catch the action!

For match-by-match updates, be sure to follow @MagicEsports on Twitter. Be sure to also use the hashtag #2019MC1 to stay glued to the conversation.

Who will I see covering the event? 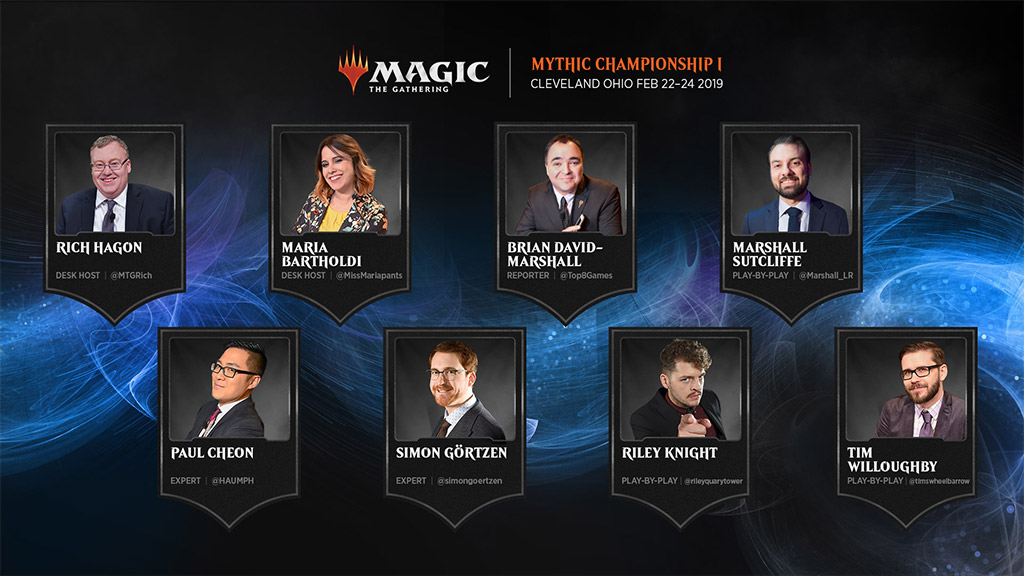 What are the formats?

The formats for this Mythic Championship are Ravnica Allegiance Booster Draft and Standard Constructed.

Three packs of Ravnica Allegiance will be used for the Booster Draft portions of the event.

What format is the playoff?

If you happen to be in the area or playing in MagicFest Cleveland, you can head down to the Mythic Championship and watch in person!

How does the money breakdown?

All prizes displayed in US dollars.

Posted in Competitive Gaming on February 18, 2019