How to Become the next Magic Champion: Qualifying for Mythic Championships and Worlds

Posted in Competitive Gaming on February 20, 2019

[Editor's Note: This article has been updated to remove the Planeswalker Point threshold from the qualifying season for Mythic Championship VI.]

2019 is the year of "More" in Magic: The Gathering esports and competitive gaming—more ways to play, more ways to qualify, more prizes, and more ways to watch than ever before.

Challengers—that's what we're calling players dedicated to competing at the highest levels but not in the Magic Pro League—can qualify for Mythic Championships through Mythic Championship Qualifier tournaments run by local WPN member stores, by tournament organizers, at a MagicFest, on Magic Online, or on MTG Arena.

This article details each path to qualification and the larger path to the $1 million 2019 Magic World Championship in December. If you want a bigger picture take on why Magic is moving down this path, check out this article here.

In December 2019, sixteen players will conclude a groundbreaking year for esports and competitive gaming in Magic by vying for $1 million in prizes. Only the best MPL players and Challengers need apply.

The sixteen slots will be spread out across tabletop Magic and MTG Arena qualification paths. They include:

*If a player in the Top 4 has earned an invitation through another means, that qualification slot will pass down to the next highest Mythic Point earner. 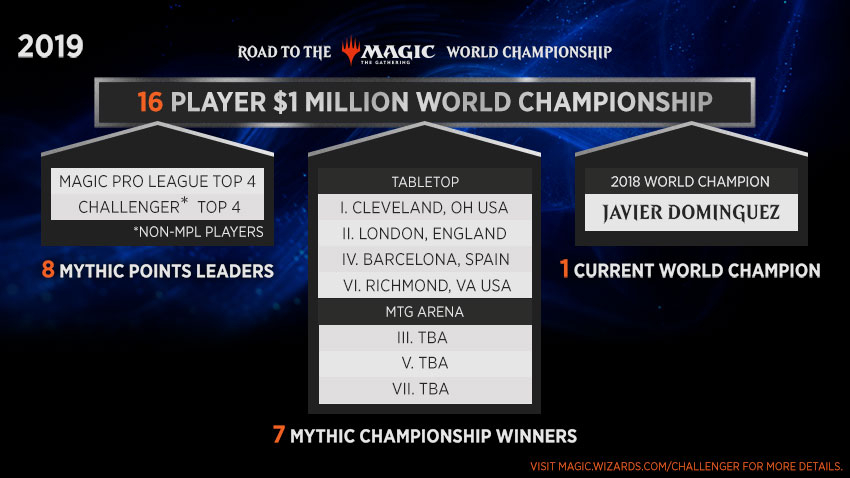 But now for the big question—how do you qualify for a Mythic Championship?

And don't forget that we have dedicated $2.5 million to tabletop prizes on the Grand Prix circuit as well! 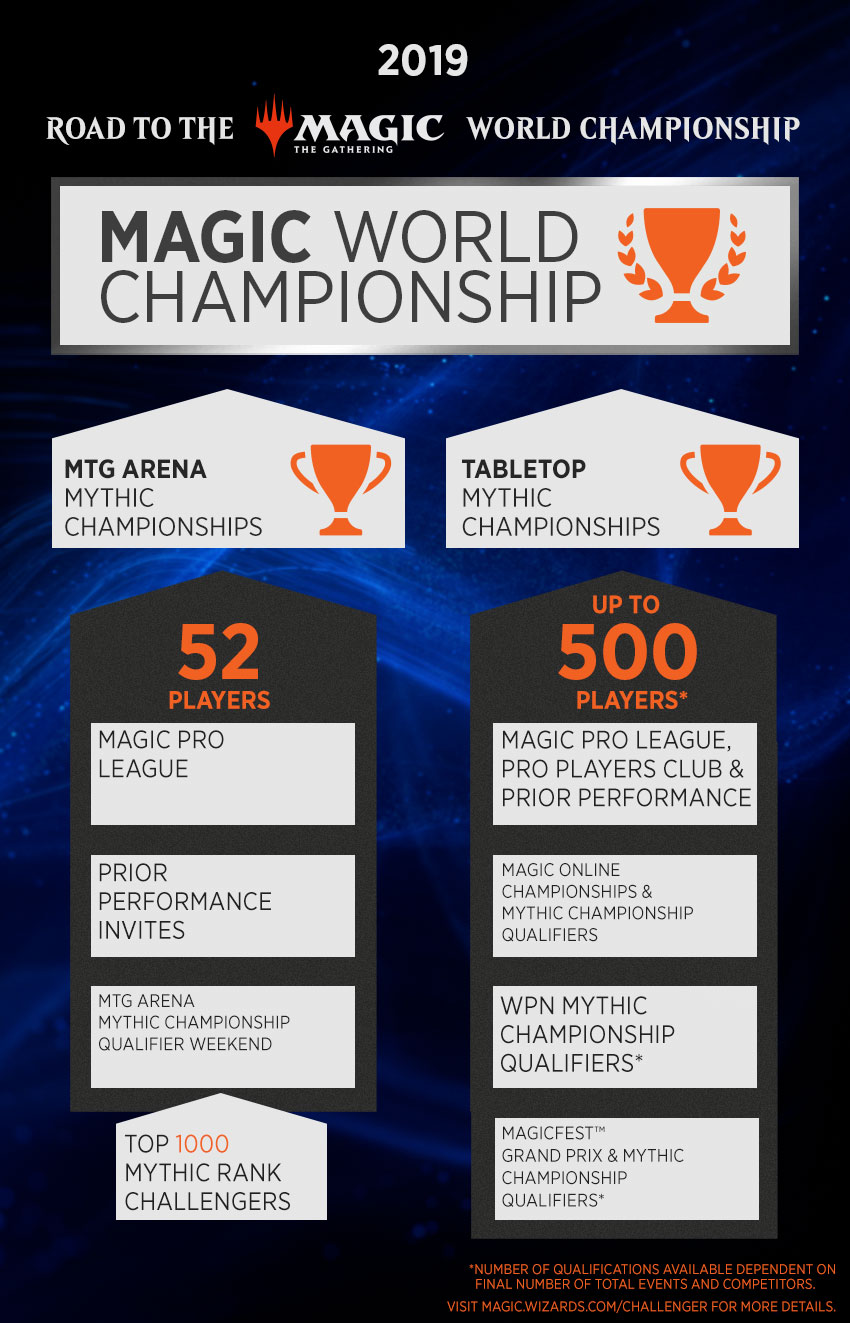 MagicFest events feature a variety of ways to qualify for a tabletop Mythic Championship.

Magic Online will continue to qualify players for Mythic Championships, including:

Whew! Okay, now on to the new stuff—how to qualify through MTG Arena play for MTG Arena Mythic Championships.

The top sixteen Challengers from MTG Arena Mythic Qualifier Weekends will ultimately qualify for the $750,000 Mythic Championships. Here's the broad outline of how you can be one of the sixteen. (Editor's Note: This section has been updated for clarity.)

Of course, there are more details. Read on for the finer print.

Posted in Competitive Gaming on February 20, 2019