irst off, here are the answers from last week's article:

Next up is a batch of art notable not just for the cards included, but also for a few that are "missing." 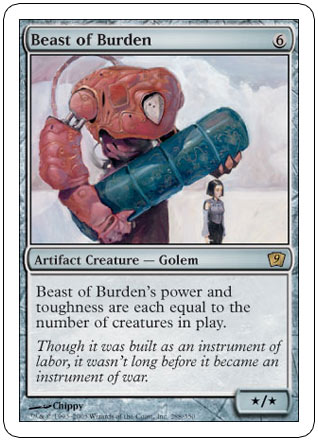 Last week you saw that Ninth Edition will feature a more consolidated set of creature types, but the changes don't stop there. With Ninth Edition, all creatures will have a creature type, even artifact creatures that never had one previously. Beast of Burden, welcome to the Golem club! 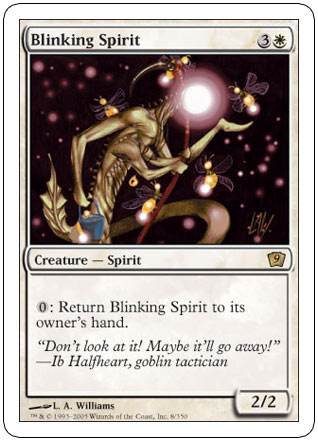 But core sets aren't just about changes, they're also about cool cards coming back for another go. Everybody has their own sentimental favorites, and for me that list starts with this guy, back in the core set for the first time since Fifth Edition came out back in 1997. And speaking of creature types, the list of crazy things you can do with Blinking Spirit in combination with the cards of Kamigawa goes on and on. 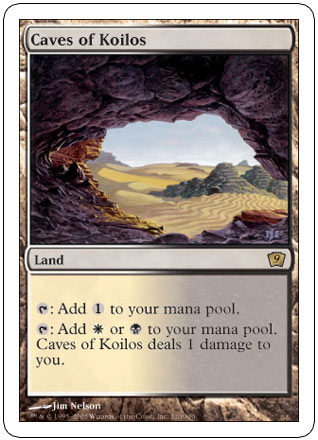 As you saw in the answers to last week's art pieces, Karplusan Forest (and the rest of the allied painlands) are back. There's no question that's a big deal, but it's only part of the story. Ninth Edition features the Apocalypse enemy-colored painlands as well! Between the two cycles that means ten lands for ten color combinations, so this time you'll have at least one to choose from no matter what color combinations you play.