irst off, here are the answers from last week's article:

Now here's some art that you might find a little tricky to identify. Everything is not what it seems! 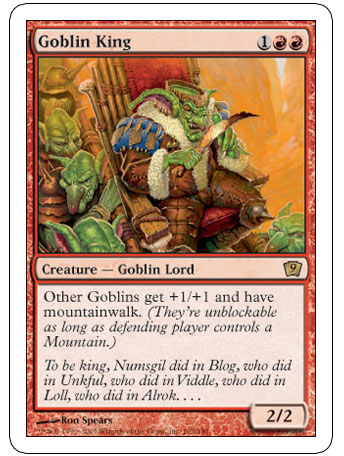 The Goblin King has been in every core set since Alpha, but this time, he's got a new wrinkle: he's a Goblin! That's right, for the first time, if you have two Goblin Kings out, they pump each other up. Goblin Matron can now fetch the king. Finally, the Lord works well with his minions . . . and Lackeys. 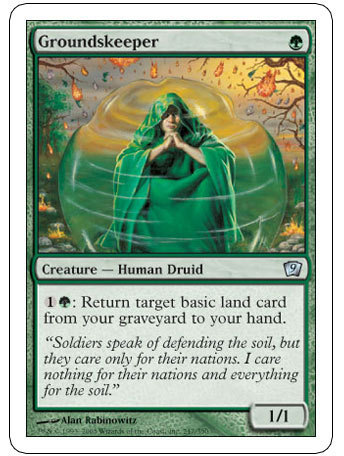 Though this Johnny-friendly fellow from Mercadian Masques showed up in several different kinds of decks when he was in print, he’s never really found his niche. Will Ninth Edition be Groundskeeper's chance to shine, particularly with Saviors’ “hand-size matters” theme? 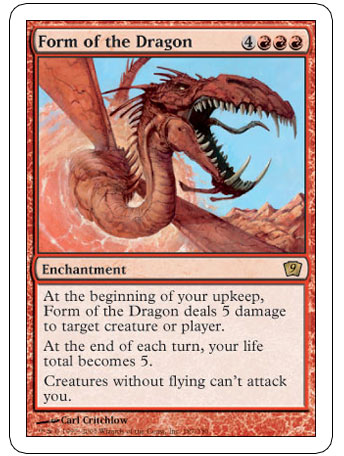 Form of the Dragon (from Scourge) is just neat. Who doesn't want to become a Dragon, looking down at opposing forces that can't attack on the ground, breathing fire in the face of other planeswalkers, and generally just dragonning it up?