The Daily Magic Update is a roundup of everything Magic you should know on September 20, 2017. Today's Update is brought to you amazing Ixalan-inspired artwork!

If you've been waiting for some data-driven analysis of your upcoming Standard mana base options, Frank has you covered. This is a very deep dive into what you'll be looking at as you start your deck building in the coming week.

They might not be Dinosaurs, but I guess Pirates are pretty cool. And are probably going to find a spot in the metagame pretty quickly.

Marshall and Luis make it through the entire suite of commons and uncommons in the set in just over three and a half hours.

After you've finished with Gavin Verhey's Prerelease Primer, check out Steve's take for a more strategic overview of the event.

We hooked up the Game Knights guys with a few Ixalan Prerelease packs for this episode. Check it out to see Jimmy and Josh throw down with Meghan and Maria for some Ixa-llent Two-Headed Giant action!

Starting later today, you can submit decklists made exclusively with cards from Ixalan. Then, in mid-October, we're going to be having a special stream where two outstanding streamers will play with the two coolest decks! So start brewing and show us what you got!

Remember that poster we said you could win by participating in events at your local store during Dino-Sized Weekend? Remember how we said the brand-new artwork would be revealed soon? Well, the time is now! Movie-poster artist Kyle Lambert created this gorgeous piece, and we couldn't be happier with how it turned out. 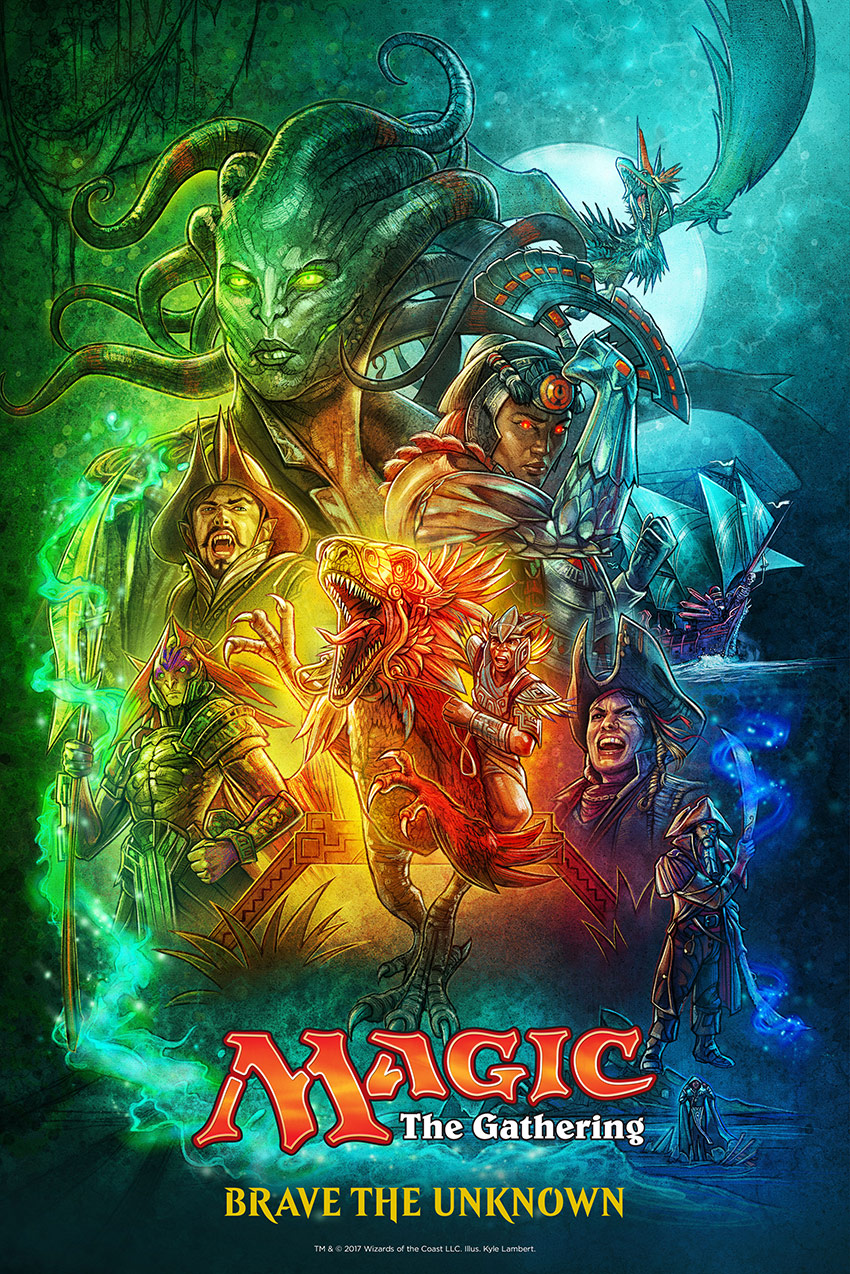 If you want one of these sweet posters with which to pretty-up your own walls, be sure to head to a store near you to celebrate the great new Dinosaurs (and Pirates, and Merfolk, and Vampires) in Ixalan at Dino-Sized Weekend, October 28–29!

As many of you know, the greatest gift the God-Pharaoh can bequeath his followers is allowing them to bask in the radiant glory of his presence. It's not very often we see him turn up in a competitive Standard deck, so it's pretty exciting when it does happen.