breakout star of 2008? Try Charles Gindy. The American made his Pro Tour Top 8 debut last weekend at Pro Tour–Hollywood and walked away a champion.

Gindy defeated Jan Ruess of Germany in three games to take home the title and the $40,000 first prize. Mixing in the tribal theme of Lorwyn with a few well-placed Garruk Wildspeakers and Tarmogoyfs, Gindy's Black-green Elves deck got the better of Ruess's Merfolk.

But there was much more to the weekend than Gindy's performance. The Pros took their whacks at the Standard metagame, with six different decks making it to the Top 8. Looking for a fresh deck idea? Check out the list of the Day Two decklists, and then dive in for more analysis and instruction with our video and text Deck Techs.

Congratulations to Charles Gindy, the Pro Tour–Hollywood champion! Check back Friday for Brian David-Marshall's interview with the winner and the video highlights of the Pro Tour finals. 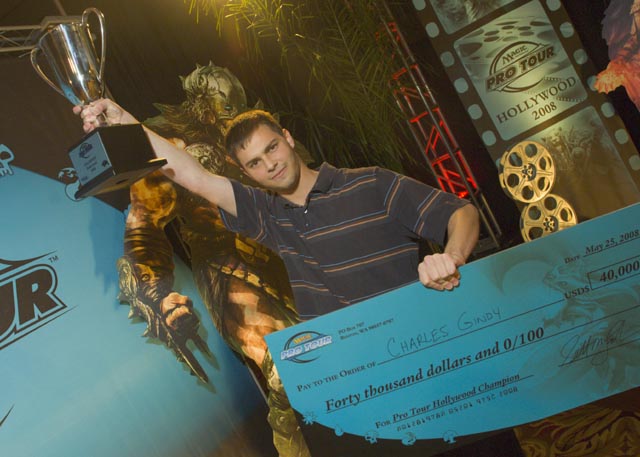