The Odyssey and Torment stories (and the card sets) revolve heavily around people called Dementia Summoners, which are mages employed by the Cabal to create fierce creatures for their pit fights. But there is no card called "Dementia Summoner," so where are they in the game?

Take a look at the Dementia Summoner reference from our internal styleguide. It shows all the planning and detail that went into these characters… and it should help you recognize them in the card art. Aside from the obvious (like Braids, Cabal Minion), Dementia Summoners appear quite often, such as on the Odyssey cards Painbringer and Sadistic Hypnotist. 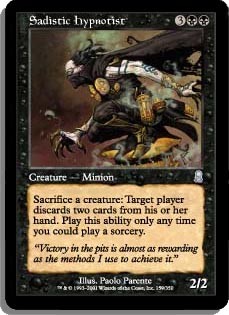 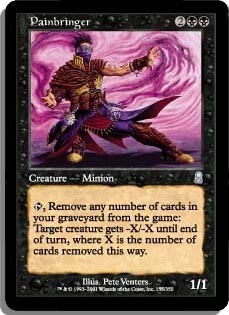