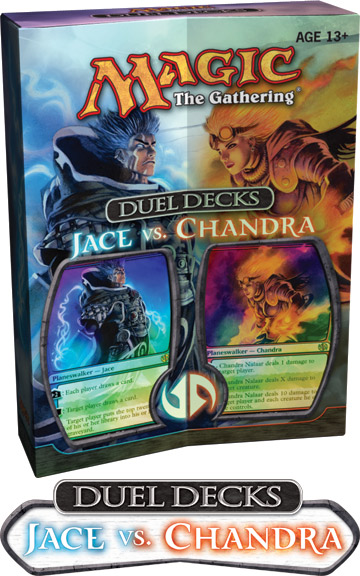 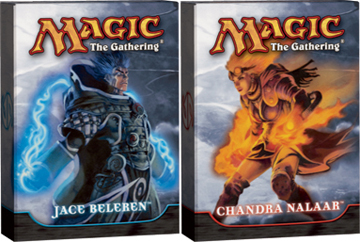 Chandra Nalaar, sharp-witted pyromancer with a smoldering chip on her shoulder.

Both carry with them a vast arsenal of devastating spells. Neither ever accepts defeat. Chance has pitted one against the other, but you’ll determine the outcome.

To learn more about Jace vs Chandra, don't miss the feature article from developer Ken Nagle on magicthegathering.com from November 3, 2008. This article will give you the inside scoop behind designing and developing the decks for this epic conflict.

Get the story behind the conflict in a web comic found here. 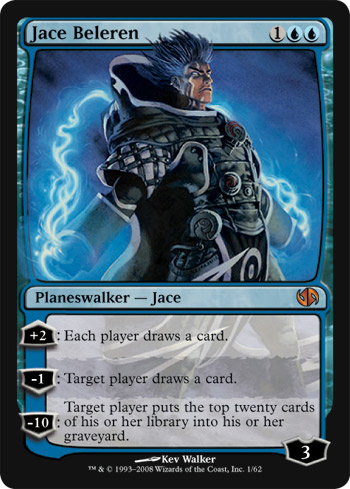