lanechase is coming! You can get all the rules about how to play here, but here's the key thing to take away: you can buy the four Planechase decks on September 4, 2009, and each deck will have an MSRP of $19.99. Today, we're going to tell you what's in the Elemental Thunder deck. We'll show you the plane deck first, then move on to the sixty-card Magic deck.

Oh, one more thing. Each of the Magic decks will have a preview card from Zendikar.

The "Elemental Thunder" deck is packed with big creatures that get stronger with every spell cast. If you first planeswalk to the Isle of Vesuva, every creature spell you cast will summon two creatures instead of one. 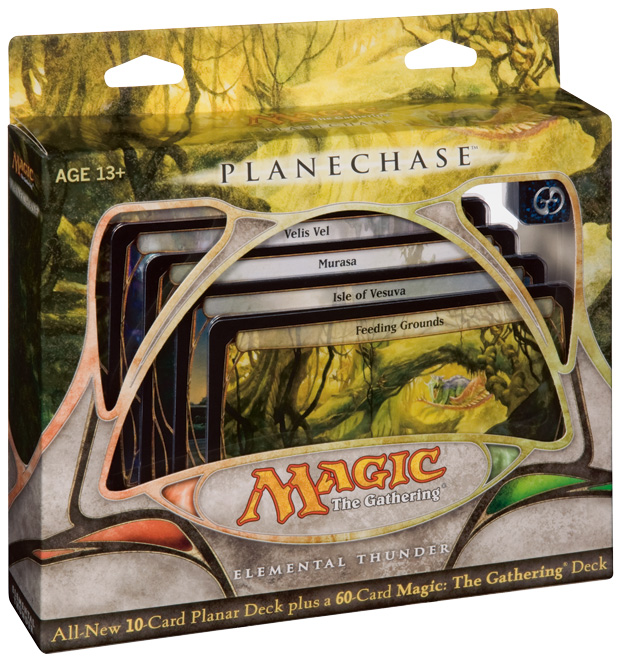