At the end of the day, it all came down to this: two players, two decks. The winner of this five-game match would walk away with the title of 2001 Japan National Champion and $10,000. A large crowd gathered around the feature match area as the two players sat down. Regardless of who wins, this is in a sense a victory for both players. This is the first title event for high school student Min-Su Kim, and would be Goro Matsuo's best performance since 1997, when he was a member of the national team. 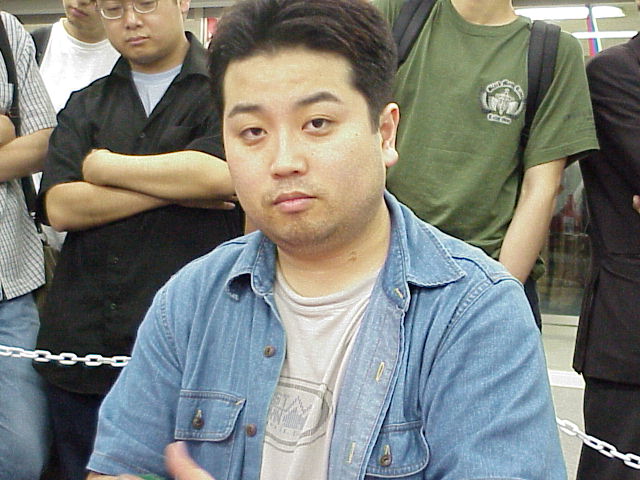 Goro MatsuoMatsuo appeared to be off to a good start, with a Mountain and Port, but stalled and was forced to discard. Meanwhile, Kim continued to play land, making a Plague Spitter on his fourth turn. With Matsuo stuck at one Mountain and two Ports, Kim tried to end the first game with a kicked Skizzik that drew an Urza's Rage from his opponent. A second Skizzik on the following turn met with a similar fate. Two turns later, after Matsuo finally managed to produce two lands he played Saproling Burst. When he attacked next turn with three 3/3 tokens, Kim--low on life from using his painlands to cast the Skizziks--chose to block with the Plague Spitter and Terminated another. He dropped to 7 in his Beginning Phase when in response to his Port being Ported he floated one colorless, but failed to draw anything to use it on. When Matsuo produced another Burst the following turn, Kim scooped. 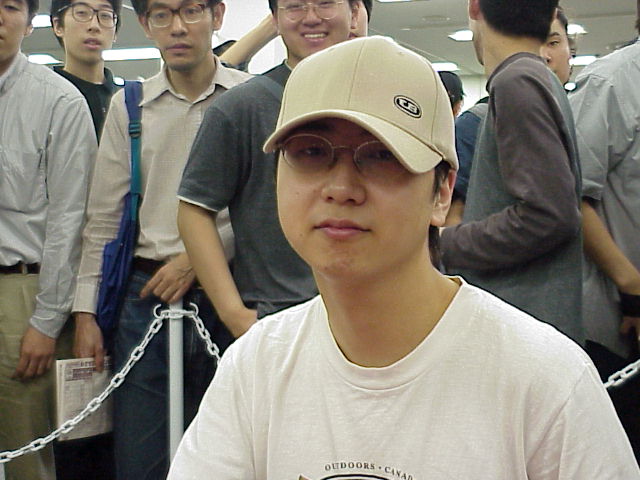 Min-Su KimKim showed he wouldn't go down easily in the second game, playing a second turn Phyrexian Scuta with kicker with the help of a Dark Ritual. He kept the pressure on Matsuo by playing Vendetta on Matsuo's Birds of Paradise and Duressing away an Assault/Battery. On the fourth turn, another kicked Phyrexian Scuta hit the table on Kim's side, eliciting a grunt of approval from the spectators. Matsuo's cry of "Come to me, Blasty!" went unanswered, and he folded. 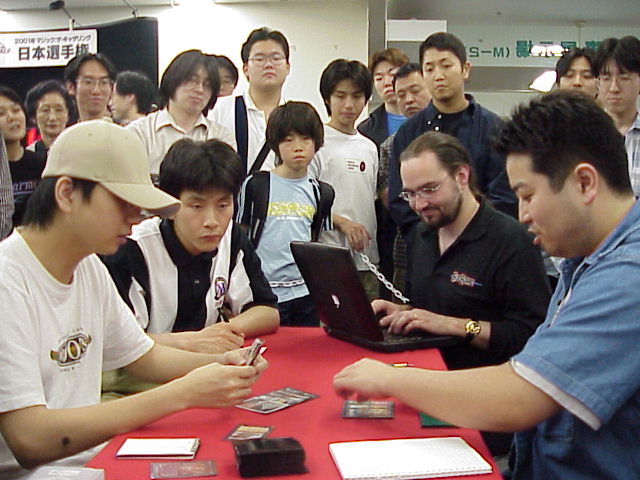 Drawing nothing but painlands in his opening hand the third game, Matsuo chose to mulligan. His next hand was a keeper, with 5 lands (including two Ports) and a Chimeric Idol. He had a perfect start, with Forest -> Port -> Forest -> Port -> Blastoderm. Using his Ports to lock down Kim's red mana, Matsuo attacked with the green monster, using a Flametongue Kavu to take out Kim's Plague Spitter. After the Blastoderm faded away, Matsuo evolved a Birds of Paradise into a Shivan Wurm. Although the Wurm was Terminated, Kim was unable to find an answer for his opponent's Chimeric Idol and soon went down. 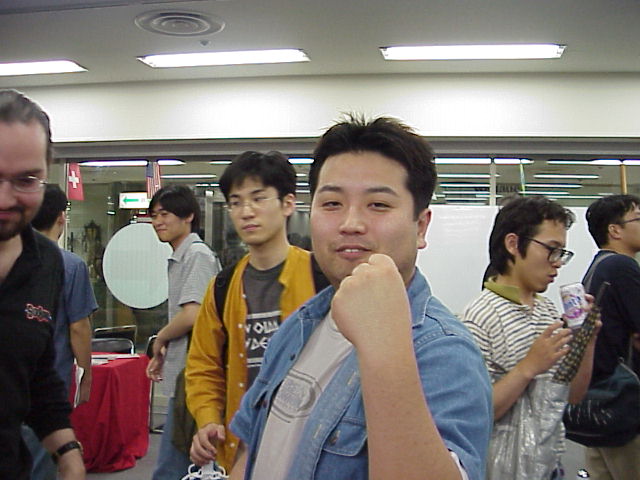 The fourth game began fast and furious, with Kim using a Dark Ritual to play a second turn Flametongue Kavu, taking only Matsuo's Llanowar Elves, only to have it in turn zapped by an Assault. Each spent the next few turns setting up their position, with Kim using a Port to slow Matsuo's development, while Matsuo played Fires of Yavimaya. On the fifth turn, Kim attacked with a kicked Skizzik, but doing so left him defenseless when Matsuo popped a Burst and attacked for 12 with a horde of enraged Saprolings. Kim attempted to recover, playing a Flametongue to take out a token and leaving the Skizzik back on defense, but Matsuo dashed his hopes for a recovery with an Assault on the Flametongue Kavu. When he scooped in response to Matsuo's attack, a new champion was born.