Not in Kobe playing Magic with the rest of the Pros?

Fear not! Our illustrious team of snoops, sleuths, peepers and reporters are out to bring you the latest buzz from Pro Tour Charleston. As always we're inviting you to be part of the action. Are you rooting for a particular pro player and itching for an interview? Are you nursing an awesome story idea just waiting to get covered? Discuss 2006 Pro Tour Kobe on our message boards and post your suggestions, comments, and ideas and we'll do our best to get you the insider scoop!

Looking for the articles from Friday? Check out our Day 1 Archive.

A few notes on today to set the stage for the run to Sunday: 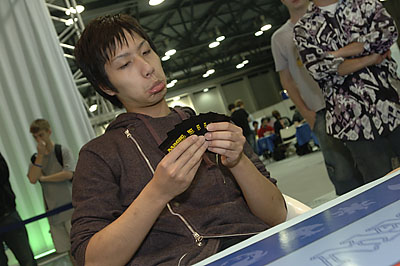 While the temptation to break these down is strong, instead I'll simply unveil this season's debutantes without any spin and let you come to your own conclusions.

I have to admit, I have never seen a current Level 6 in a PTQ, and honestly, I didn't expect to ever see such a thing, but Masashi Oiso is over in side events playing in an Extended PTQ. As is Gabriel Nassif. And Rasmus Sibast. And even classic antique Nicholas Labarre. Osyp Lebedowicz actually won a PTQ for Geneva a couple of weeks ago. Why the sudden onslaught of pros? Well, it all comes down to how the new points system works out and the timing of the qualifiers. 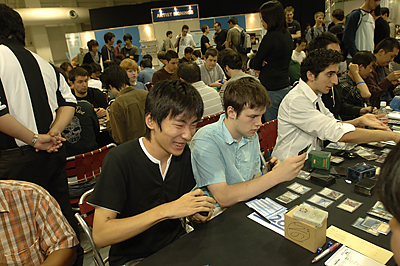 You see, none of these players are Level 3 yet for 2007, at least partly because there are still two Pro Tours left to go on the record this season (the ongoing one and Worlds). Players with 18 points who are basically guaranteed Level 3 status in the Players' Club next year but have not actually achieved it can still play in PTQs for next season's Pro Tours. That, plus the fact that both Time Spiral Limited and Extended are considered quite fun by certain players, means you are getting a temporary influx of players who have not seen the competitive side of a PTQ for years. Truth be told, Nassif and Oiso have so much love for Extended that they might have tried to sneak into the event anyway, damn the consequences. Then again, many other pros did not expect the Extended Qualifier here this weekend, and consequently didn't play because they couldn't find a deck. Such will not be the case for tomorrow's Qualifier, which could feature one of the most absurdly strong PTQ fields ever.

Those of you concerned about seeing too many pros at your local PTQs need not worry, since all the point totals will be caught up in just over a month when Worlds in Paris is complete.

by Ted Knutson and Craig Gibson 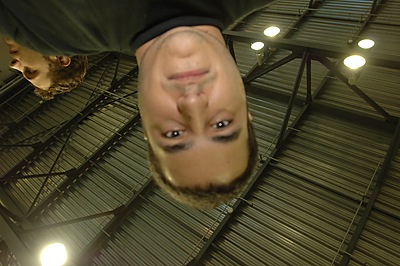 Some deckbuilders always seem to end up with a deck on our web pages for every Qualifier season. U.S. National Team member Luis Scott-Vargas is one such deckbuilder, but because California Champs are six hours from his house, he's not working on Standard right now. One player who is, however, is the ubiquitous Shaheen Sooriani.

Shaheen is well-known in the East Coast of the U.S. for designing blue-white control decks in almost every season, the vast majority of which have featured Rewind. Yes, even in Extended. In fact, Shaheen plays blue-white almost exclusively, even when it seems almost entirely inappropriate to do so. (To be fair, he played a Greater Gifts deck to a second place finish at Virginia Champs last year.) With Standard Champs only a week away, Shaheen decided to share his latest tech, which deviates from his usual presentation with only the slightest of splashes.

Checking out the feature match area for Round 13, I realized that though I had heard the name frequently mentioned, I had never met Brian Hegstad before. I've been doing this for a few years now, so that makes Brian one of BDM's purple pros or "purps" and puts him on Randy's Timeshifted list. Curious as to where he's been all these years, I engaged him in conversation just after he knocked Heezy out of Top 8 contention. 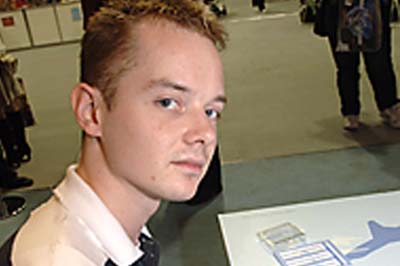 When I asked where he's been, he responded with, "Playing poker." The baby-faced 23-year-old lives in Portland, Oregon and said he hadn't really playtested for a format in years. In fact, he could not remember the last Pro Tour he actually attended. He plays some Magic these days, but doesn't do much on Magic Online. He said he only ended up PTQing four months ago because a friend of his was going to spend a year in Tokyo at school, and Brian thought playing Magic might be a cheap way to earn a flight and come visit for a while. That plan was a success, but when pressed further on why he was doing so well here in Kobe, Hegstad said he didn't do a whole lot of work on the format but went 5-0 at the Time Spiral Prerelease, and won a box that he pored over for a week or two to try and learn the cards. It seems like his "minimum preparation" strategy worked out well, as he's in contention for a coveted Sunday chair at the draft table with only two rounds left.

"My basic plan has been to almost force white and then go either blue or red, depending on which color I am getting passed," he said. "I heard about the Ivory Giant / Momentary Blink synergy shortly before the tournament and figured it was a lot easier to stick with a strategy you know works than to hop into something like black-red and hope you guess the pick orders that color combination needs correctly."

One more win and a draw will deliver him into the waiting arms of a glorious Pro Tour Sunday, but a loss will probably mean he'll fall just short, regardless of the outcome in the final round. 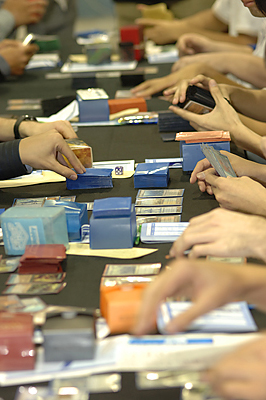