Gary Wise has a Magic resume that any player in the game would kill to have: four Pro Tour Top 8 finishes including a win at Pro Tour-New York, played with three different teams in those finishes, was the third-highest money winner on the entire ballot, was one of the top Limited players in the world, and had a peak median finish that was among the very best in his class.

Yet it may have been Gary's contributions outside of the red zone that led to his first-ballot election into the Hall of Fame. Gary was one of the most influential writers in the game. He was one of the first players to write about, and embrace, the Pro Tour lifestyle. He also was the first writer to tackle Limited formats on a regular basis, and was even banging the drum about up-and-coming Japanese Pros long before anyone else inked their names into the collective Magic consciousness. 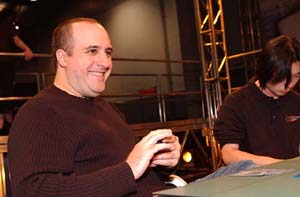 During the first year of the Hall of Fame's existence Gary continued to exert his influence on the game through punditry. He was a vocal advocate for the voting process and helped shape public perceptions of what the Pro Tour Hall of Fame was and should be about going into the future. It was disappointing but understandable when Gary chose not to be as vocal during Year Two. Gary chose not to write about the Hall this year because he felt he was already going to be drawing a lot of support based on his written contributions and did not want to exert any undue influence over the process.

"I thought there was a decent chance," admitted Gary when asked whether or not he was expecting to get in. "On the numbers alone, I don't think I was in the top five candidates, but the popular sentiment seemed to be that my extracurricular work on the game would be a difference-maker. When I did get in, it was a moment of great relief, because I was named as sixth or seventh on a number of [public] ballots. I also didn't feel like I'd have much of a chance after this year.

"I have some accomplishments as a player I'm very proud of. Making it to Sunday on three different teams, winning Pro Tour-New York, making seven straight Limited top 32s in 1998-00, playing every Pro Tour from New York 1998 to Worlds 2004, but the truth of the matter is those accomplishments hardly made me Hall-worthy. There are guys on the ballot who didn't make it in who were far better Magic players than I was. To me, that means my induction has everything to do with my writing about the game."

Gary looked back at his first Pro Tour event, which was in Dallas: "I remember the excitement. I was with a very powerful contingent of Toronto players, all of whom were already accustomed to the whole thing. It represented the accomplishment of one set of goals and the beginning of a new set, so it felt really important to me."

Just like Bob Maher and Dave Humpherys, Gary's best memory of the Pro Tour – from the countless ones stored in his brain – is of winning a Pro Tour. Along with Scott Johns and Mike Turian, Potato Nation won Pro Tour-New York 2000-01. It was something he had always imagined. What he could not have imagined was the existence of a Hall of Fame – which is surprising considering Gary's penchant for promoting the game's best players.

"I was always an advocate for increasing the pro game's profile, so I guess I could have recognized the possibility, but only in a best-case scenario, and I didn't think I'd be one of the guys who made it in. Really, this whole thing is a real validation of the time I spent arguing for developments that recognized the best players."

And who would Gary like to thank for his election into the Hall?

"Everyone, really," gushed Gary. "The guys who I called teammates, both in the tournament and test-group sense; the people at Wizards who provided me the chance to travel around the world doing something I loved; the readers; my dad for instilling the love of games that got me here." 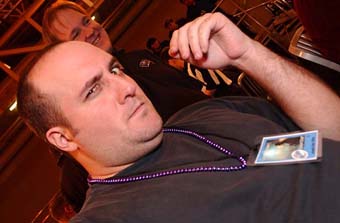 One of the true characters of the game, Gary Wise became famous both for his playskill and his extensive writing contributions. 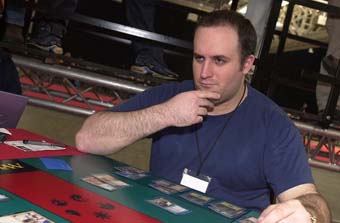 Wise was one of a handful of top Canadian players in the game's first decade. 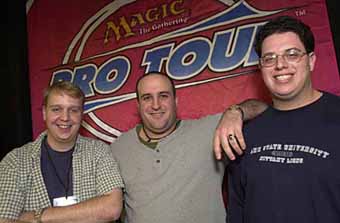 Along with Scott Johns and Mike Turian, Gary Wise tasted Pro Tour victory at New York in 2000. It would be the first of three Top 4 team appearances for Wise. 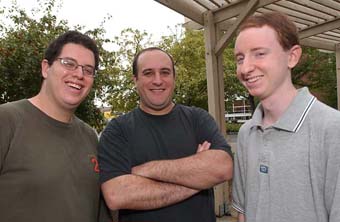 Gary's success with Team Pro Tours continued in Boston 2002, teaming this time with Turian and Eugene Harvey as Zabutan Nemonaut to finish third. 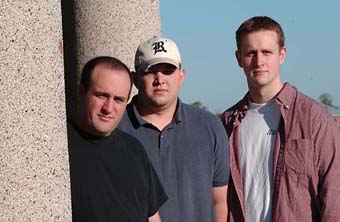 If it's a Team Pro Tour, it must have Gary Wise playing on Sunday. For Pro Tour-Boston 2003, he teamed with fellow 2006 inductee Bob Maher and Neil Reeves to form Courtney's Boys. The team finished third.