Dave Humpherys terrorized his local Magic scene with his prowess on the $1,000 tournament circuit long before there was a Pro Tour. He was invited to the very first Pro Tour on the basis of his win at the Ice Age Prerelease tournament in Toronto earlier that year. The Pro Tour gave him an international stage to display his machine-like approach to the game.

Dave's first four events yielded finishes of 25th, 15th, 16th, and 18th. He had a couple of heartbreaking ninth-place finishes in Paris 1997 and Rome 1999 before he finally basked in the Sunday spotlight. New York 1999 was the event that finally broke the dam for him and he went on to rack up five such appearances in his career. 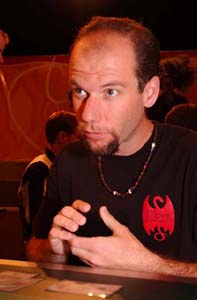 "I felt honored and relieved," Dave revealed after learning of his election. "I was disappointed that I did relatively poorly in the ballot last year so this was reassuring. I realized getting in after this year would be an uphill battle."

Looking back at that first Pro Tour, Humpherys said it definitely stood out as a new experience.

"It was on a grander scale and with an all-new scope, with tons of new faces everywhere," he said. "It was a bit of a roller coaster for me starting 5-0 and losing the last two rounds to miss the top 16 cut in what was then a very short Swiss event."

While he looked back at that first event very fondly, there should be little surprise as to his favorite memory playing on the Pro Tour – that honor would be reserved for Pro Tour–Washington D.C. in 1999.

"The best feeling was winning the first team PT," said Dave, who teamed for that event with Darwin Kastle and Rob Dougherty, whom Dave joins in the Hall of Fame. "It was a new and challenging event versus a lot of good competition. It was especially rewarding to share the win with teammates."

Now he shares lifetime Level 3 Players Club status and a Hall of Fame ring with his Your Move Games teammates. "I can say I really ever thought there would even really be anything like a Hall of Fame for Magic," admitted Dave who appreciated not only the commendation but the support it offered him to continue playing by virtue of becoming a Level 3 player for life. "It's an honor and an achievement. In terms of the recognition and the related perks, it is also a strong incentive to play again."

Humpherys said that he worked with a great number of people throughout his years on the Pro Tour and wishes to thank all of them for making the Pro Tour a fun place to be. But one name definitely stands out.

"If I had to single out one person it would almost certainly be Darwin Kastle, as he was a constant source of encouragement. We prepared for and ventured to countless events, even before the notion of a Pro Tour existed. He was the only player I worked with through all those years." 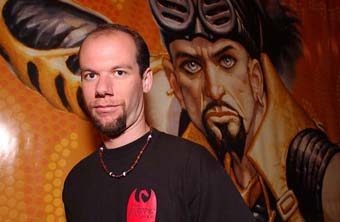 Dave Humpherys, a.k.a. The Hump, is one of the most recognizable players on the Tour. 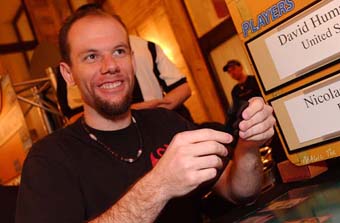 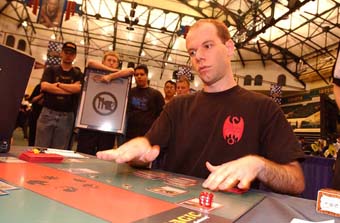 Known as a meticulous player, Dave Humpherys analyzed the game like few others. 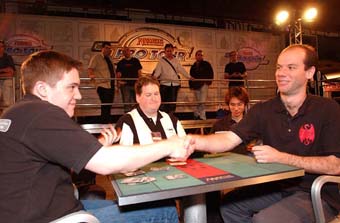 Dave Humpherys made five Pro Tour Top 8s, including New Orleans 2001 when he lost to Kai Budde in the semifinals. 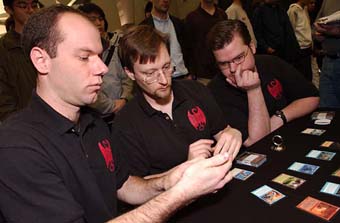 Now all enshrined in the Magic Pro Tour Hall of Fame, the members of Your Move Games formed one of the most powerful teams in the game's history.