Rob's induction covers all three players from Your Move Games, the winners of the first team Pro Tour in Washington, D.C. Rob has not only been playing the game since before the beginning of the Pro Tour, he has been nurturing and growing it as a store owner and tournament organizer. Somehow he still found the time to make five Pro Tour Top 8s, be one of the top Constructed deck designers in the game, and be part of one of the most dominating finishes in a Constructed Pro Tour ever by a single team. 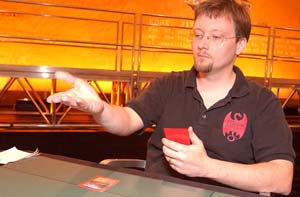 Perhaps splitting votes with teammate Dave Humpherys from committee members who did not want to vote for all three YMG members on the same ballot, Rob found himself just missing the class in Year One. He was nervous but optimistic about his chances for this season, and will certainly be playing in Paris in addition to accepting his ring.

"I did very well in the voting last year, so I was hopeful... nervous, but hopeful," Rob said. "Being inducted into the Hall of Fame is such a great honor, I can't imagine not being there."

The tour has come a long way since that first stop in New York. Dougherty thought back on that process and the luck he had in making it into the field.

"They didn't have qualifiers for the first Pro Tour," he said. "You had to call Wizards on the phone and sign up. I dialed the phone and was lucky enough not to get a busy signal. I kid you not.

"I had done quite well in Nationals that year (my Constructed deck went undefeated) so I was relatively confident going into the first PT," Rob recalled of his high hopes for that tournament after a tantalizing but frustrating experience at Nationals.

"U.S. Nationals was the start of my long struggle with Limited formats," explained the Constructed guru. "The event had been advertised as entirely Constructed. I was armed with a metagame-crushing deck that got me through a meat grinder, but during the Nationals itself they took a show of hands vote on whether they should do half the rounds with this new Sealed Deck format (no, seriously, a show of hands vote). I did great in Constructed and okay in Sealed and just missed the cut to Top 8."

Your Move Games has been at times both a specific three-man team and a larger entity made up of great players who all made each other better. Rob struggled between those two incarnations when searching for his favorite Pro Tour moment. "God, that's a hard question. Making my first Top 8 was great, as was the Team YMG win in D.C., but the best has to be YMG's absolute dominance in Pro Tour-Houston.

"I've loved playing Magic since I first tried it way back in the 'Alpha' days. Being publicly recognized as one of the greatest players in the game's history is an incredibly gratifying honor," Rob prefaced before thanking the players who helped him achieve that honor. "Darwin, Dave, Justin, Zvi, Alex and the rest of team Your Move Games. Practicing with them gave me the skills to excel on the Pro Tour and their company and camaraderie made it fun." 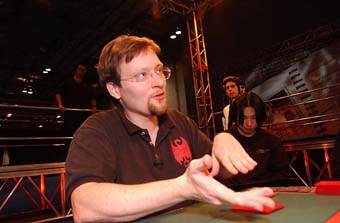 A force as a player, store owner, and tournament organizer, Rob Dougherty has impacted many in his Magic career. 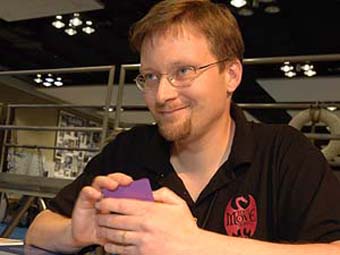 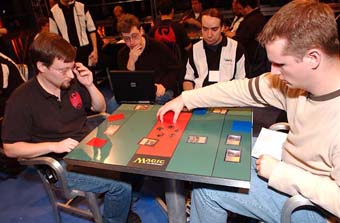 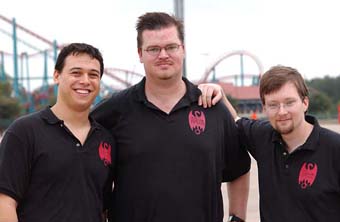 Your Move Games' efforts at Pro Tour-Houston 2002 were staggering, placing three individuals (Justin Gary, Darwin Kastle, and Dougherty) into the Top 8 – all with different decks. 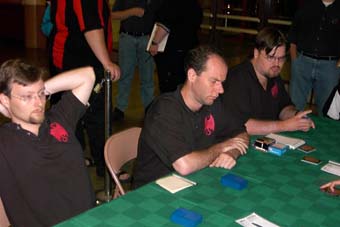 The core of Your Move Games, Hall of Famers Dougherty, Humpherys, and Kastle won team titles at Pro Tour-Washington, D.C. and Grand Prix-Columbus.