So often in the coverage team, we write about cards and show players playing those cards, but we rarely get to see the cards themselves. But taking a survey of this room filled with cardboard slinging, I feel there are some things that cards can do that words just can’t. So let’s take a journey in the life of a Shards of Alara draft game, but taken from the lens of the camera, and from a roomful of matches.

First, the most important aspect when you sit down to play, is to have an intimidating ritual. You need your opponent to fear you. A scary statue will do. 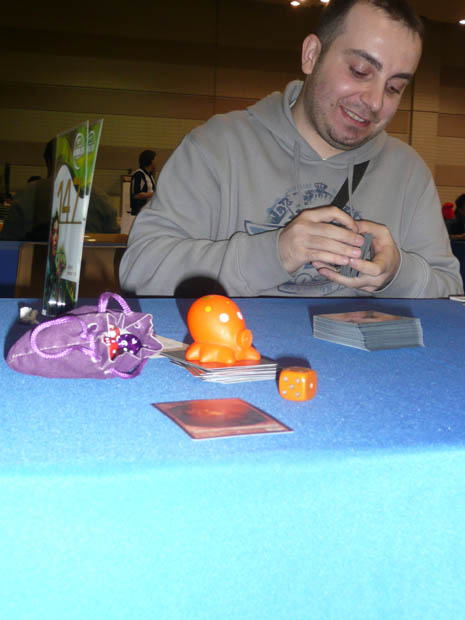 Now, I can’t say that Sacha Bonroy’s octopus sculpture is “intimidating” Serdar Demir, but it’s certainly taking him off his game.

Once you start, be prepared! Your opponent may come at you quickly. 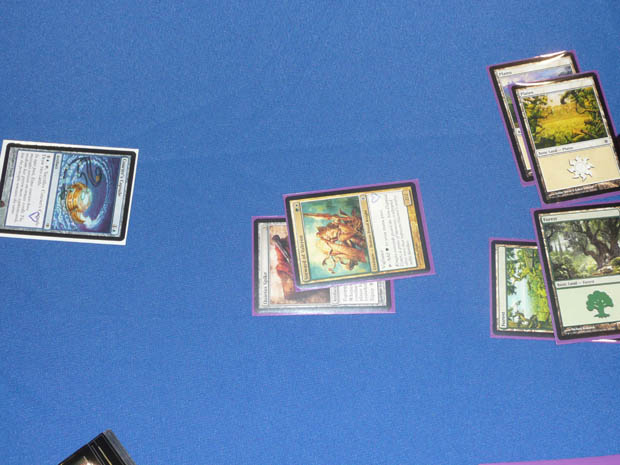 For example, if you’re Raphael Levy, you’re might begin turn four at 9. 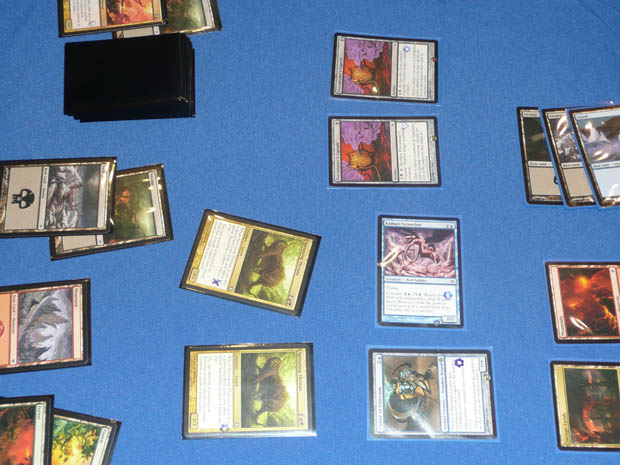 So you survive, and you’ve made it to the midgame. This is the time to be careful! After you’ve thought through your play, study your opponent closely. He might try to sneak in some foreign creatures .... 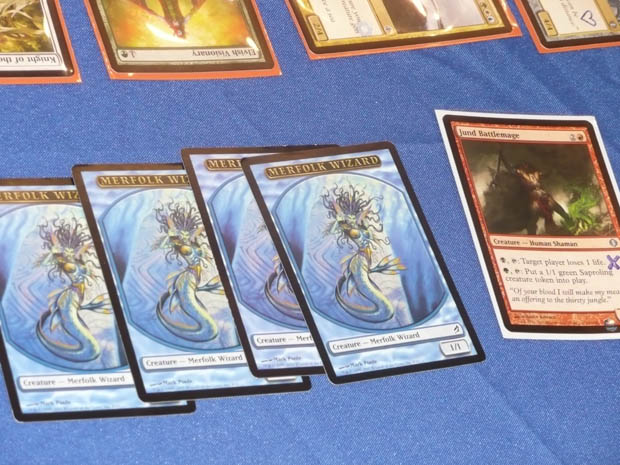 One guess what deck Marcel Arndt [CHE] played in the standard portion.

Or just try and sucker you at every turn. 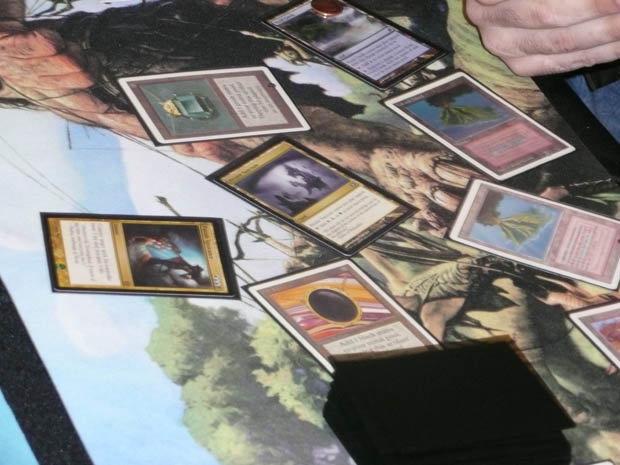 And pros don’t take kindly to cheater-types around here. Just look at Jersey-born pro extraordinaire Gerard Fabiano. Does he look happy to you? 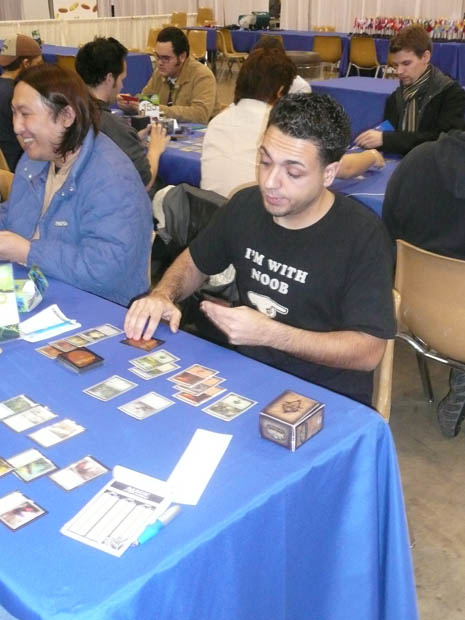 So you’ve made it to the endgame. Congratulations, you’ve crossed leaps and bounds to get here. But how do you end it? How do you make sure your opponent signs the match slip with a frown? It’s up to you to decide. And that’s the beauty of Magic: options.

You could just make one big dude and repeatedly send it into clearly inferior creatures. 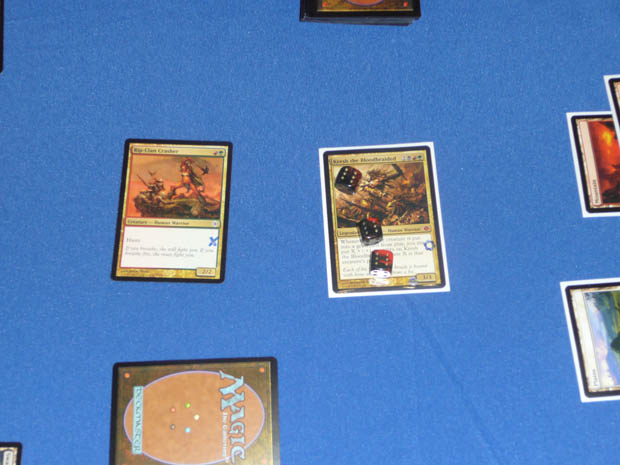 You could have make monster who won’t even need to attack to win, and just protect it the best you can. 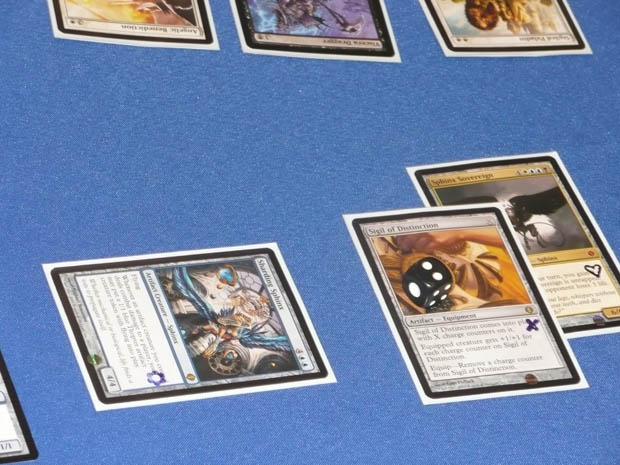 Got a stalled board? Naya Charm seems like a simple answer. 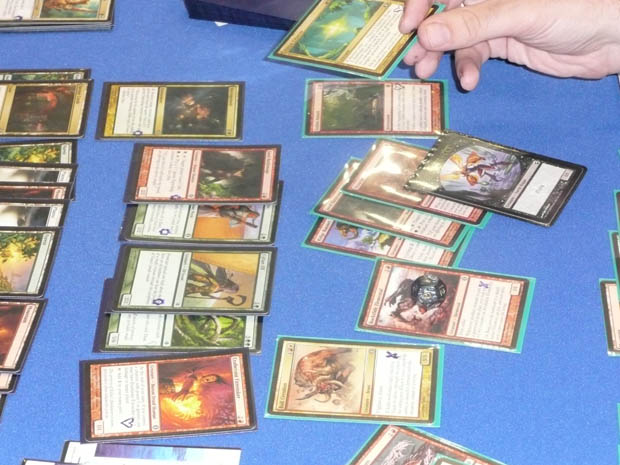 Or, if all those methods fail, do what Jason Imperiale does—just play two Dragons and see what happens. 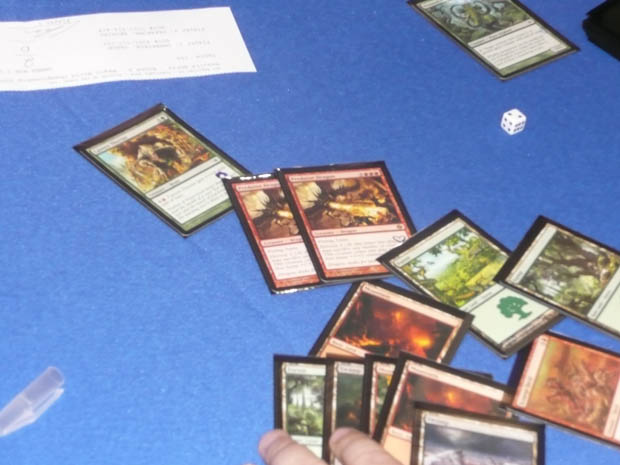 A long, exasperating journey for sure. When you get that “W” in your column, it’s all worth it.