DCI judging consists of five levels (L1-L5) of increasing proficiency and responsibility. At the Magic: The Gathering World Championship this year in Memphis, Tennessee, the DCI officially recognizes a new status—Emeritus. A Judge Emeritus has been one of the undisputed leaders of the judge program worldwide, but has chosen to step back from active judging. They are the people from whom the DCI's very traditions themselves have sprung, and while the role carries no specific duties, their new status reflects the DCI's desire to retain their expertise and wisdom moving forward.

The Emeritus status is conferred only after long service and much consideration. As an organization, the DCI has a rich history as leaders and pioneers in the gaming industry. That history is made one event, one judge, and one ruling at a time. It is with great pride that the DCI submits the inaugural team of Emeritus judges for their place at the front of DCI history: 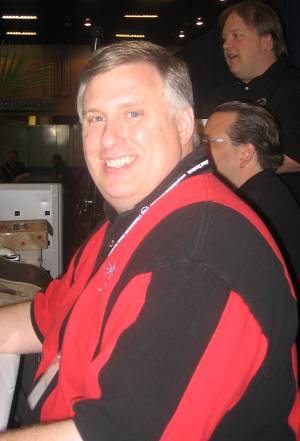 "Mike Guptil embodies the term 'professional." Much of what we do as both judges and tournament organizers has sprung from Mike's fertile mind and dedication to excellence. Mike taught a generation of judges, including me, how to carry oneself with dignity and grace, how to walk the fine line between customer service and maintaining the integrity of the game.

"Without dampening my fire in the least, Mike demonstrated how to channel my inferno of energy into a laser-sharp point. One thing that struck me in particular was Mike's ability to be in charge without feeling the need to let everyone know that he was in charge. It was a lesson that served me well going forward, and helped me find my feet as a leader in the DCI. It was certainly from him that I observed the power of the "iron fist/velvet glove" approach to leadership.

"It's a comfort knowing that we will still have access to his wisdom, strength of character, and support. To quote Michael Corleone, '...if I ever need a consigliore, who better?' He will certainly forever be with us." 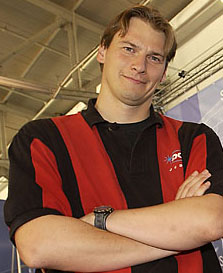 "A friend and I were demoing Magic in the local shop when a tall guy with a ponytail walked up to us and asked what we where doing. After I gave him a brief introduction, I invited him to come over to our monthly tournament the next weekend and see some live Magic. That was in 1996. This guy with a ponytail called himself 'Gis.' He ended up an enthusiast about the game itself and everything that had to do with tournaments. And he became one of my best friends.

"We passed our level 2 (1997) and, some months later, our level 3 exams (1998) together. We "infected" each other with passion and enthusiasm for the game. We both had (and have) distinctive different approaches towards both the game and managing tournaments.

"Gis has a lot of fun playing and judging the game. He excels in putting a smile on his face when dealing with players. 'They all came to play our favorite game and have fun with it, right?' could have been something he said way back. He managed to keep this basic friendly approach even at the highest levels of tournament play as head judge for Pro Tours or Worlds while he was not afraid to enforce when necessary.

"He also has a more 'I will deal with it when it happens' approach than the 'let's write a script with all details and possibilities' approach. In the early days of the Grand Prix circuit this proved to be invaluable, and even in these times where more is formalized, it still has a great value. More tournaments than not have some twist that the staff didn't see coming. Being able to handle whatever happens is very 'Gis-ian.'

"These two aspects are just two of the many aspects of Gis, but these two are special to me. Probably because we used to differ so much on these aspects, and he never ceases to radiate these aspects. The love for the game and the organizational aspects are still there, to the degree that he chose to work for Wizards, turning his hobby into his profession. You don't see him that often at events any more, but whenever he's there, he's guaranteed to have a good time and have brilliant solutions for unexpected situations." 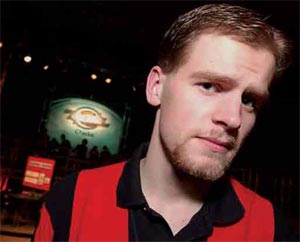 "The first time I met Collin was at Pro Tour–San Diego in 2003, just before my Level 3 interview. He was on my panel, and he intimidated the heck out of me. Despite his youth it was clear he was in charge, and everyone deferred to him. Over the years, I've gotten to know Collin much better, sharing lunches, interview panels, and philosophy discussions... and he still intimidates the heck out of me.

"It isn't just the giant brain, the crazy amounts of experience, the almost supernatural tranquility, or the fact that he as a leader while years younger than everyone around him. It's that you can be talking to him, and he'll listen for a while, then he'll say two sentences. A moment later, you'll realize that he's just dropped a ridiculously deep insight into your lap and you're going to have to spend the next two days thinking about it.

"One can't really talk about Collin without talking about the Judge Center. That invaluable tool exists today because Collin put in all the effort, all the programming that brought it into being, and the improvements are because he continues to do so¬—if you see him behind his computer at a Pro Tour, odds are that someone has suggested a new feature, and he's coding it up.