There’s a saying about the cream rising to the top for a reason—it’s because cream rises to the top. Science 101. There’s also a reason us writer types use it as an analogy—given a prevailing wind, the best in the business usually gravitate to the top of the standings. As we stood on the eve of Worlds, two Teams stood out as having outstanding pedigree, the USA and Japan. Let’s meet them, and the two teams who will seek to upset the form book on the live webcast Saturday. 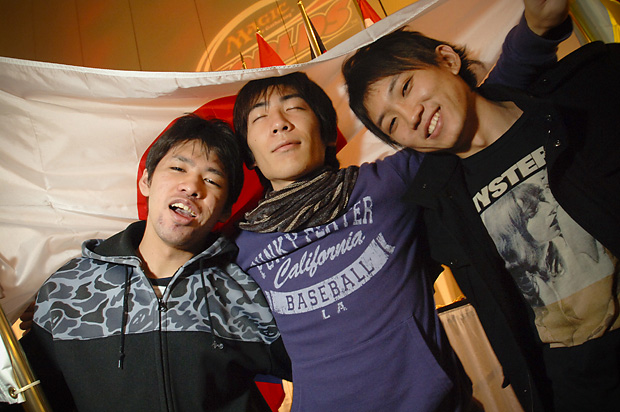 We begin with Japan, and its National Champion Masashi Oiso. As that tournament ended, Oiso told the cheering crowds that he would bring the team title back from Memphis. Joe Namath, eat your heart out. It’s not as though he doesn’t have the pedigree to back it up, since he has an amazing six Pro Tour Top 8s to his name, plus another nine Grand Prix final tables. Rising to the challenge of making good on his promise come teammates Yuuya Watanabe and Akahiro Takakuwa. Akahiro may be relatively unsung (despite a Grand Prix-Kyoto 4th place in 2003), but Watanabe lifted a trophy of his own at Worlds last time around in New York as Rookie of the Year. Twenty-one points from four Team rounds saw victories over Great Britain and the United States, plus a draw with Australia. 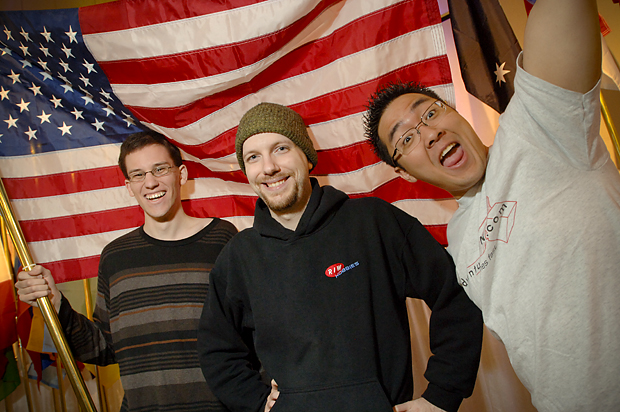 That loss to Japan was the only damage inflicted on the USA squad in the Team portion, as it vanquished Mexico, South Africa, and Ukraine. The three team members all put in sterling performances across the three days, leaving them clustered together on points, a model of consistency. Champion Mike Jacob is here for the second year running, going two stages further than last year when he finished fourth. This is Sam Black’s first team appearance, but he’s a vastly experienced player from one of the hotbeds of U.S. Magic: Madison, Wisconsin. In terms of big-time finishes, the leader would be Paul Cheon. The 2006 U.S. National Champion, Cheon has also posted fantastic Grand Prix finishes, including titles in Krakow and Vancouver. Despite their individual achievements, it was clear from watching them that it was once the team sat together and played together that really good things started to happen. They were having great fun before they were winning, and even more fun once they were winning. Funny that. What may not be funny is how the U.S. is matched against Japan in the semifinals—the lone team to defeat them this weekend. 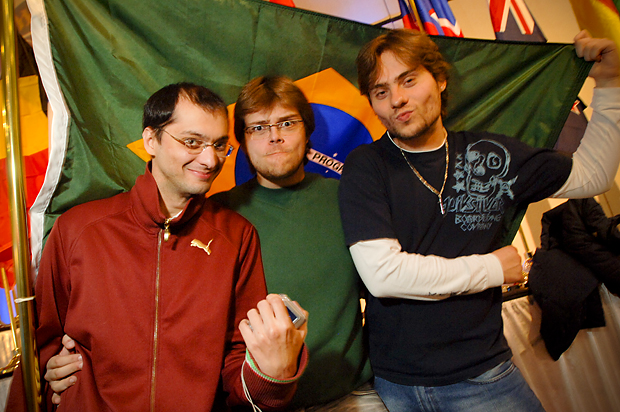 Two of the three Brazilian squad come here as first-timers. Luiz Guilherme De Michielli can’t even claim the distinction of having the longest name in action Saturday, since he’s trumped by his countryman Paulo Vitor Damo da Rosa in the individual comptetition. Vagner Casatti has led the line as National Champion on his debut, but by far the most experienced player on display is Willy Edel. Second place finishes at Pro Tour-Charleston and Kobe in 2006 established his credentials, and he was part of the Magic Invitational in 2007. And as the top seed, Brazil will face Australia in the semis, hoping that powerhouses Japan and the U.S. soften each other up a little before the finals. 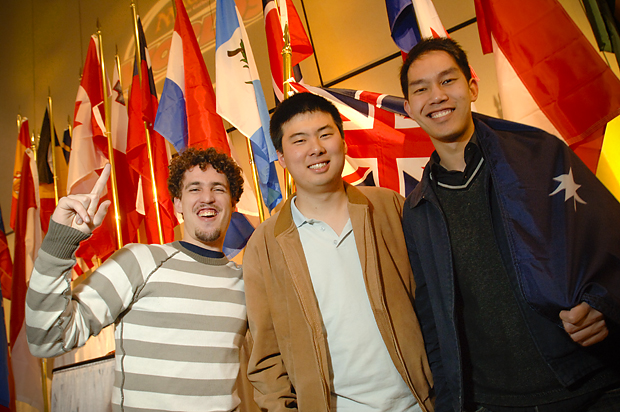 As for Australia, the boys from Down Under were in the Worlds headlines all weekend thanks to Aaron Nicastri’s chase of the Rookie of the Year title and Justin Cheung’s 6-0 run in the individual Standard portion. The team is rounded out by Brandon Lau. The team had to fight in to the semifinals with a strong push Saturday, eclipsing Malaysia on tie-breaks for the final Sunday spot.

With Oiso and Cheon, Watanabe and Black, Takakuwa and Jacob, it’s not hard to see why expectations have been set so high for the two big pre-tournament favorites. But come Saturday the experience of Edel and the wave that Nicastri is riding might just throw a spanner in the works.